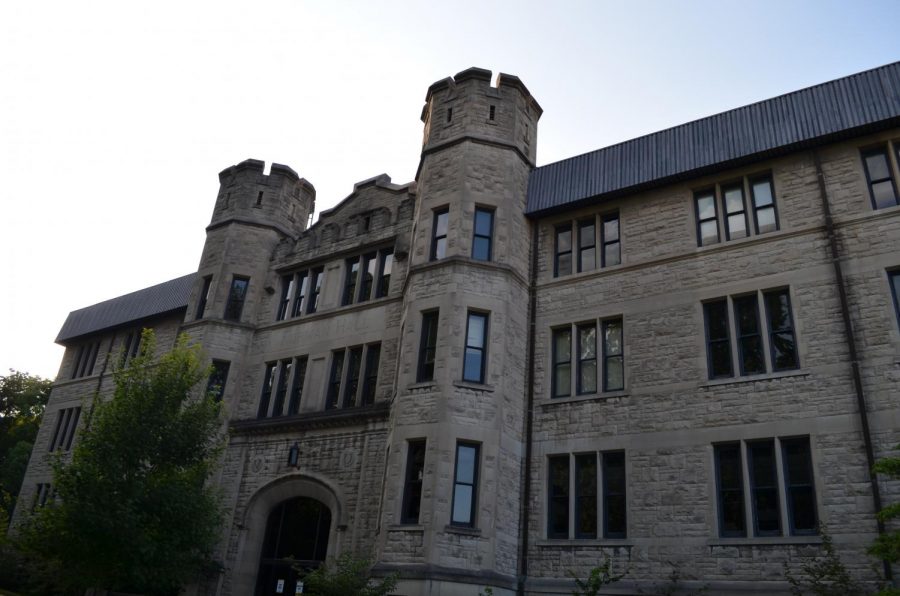 The new design will focus on natural light, collaborative spaces and accessibility in the Stevenson Center complex as well as many â€œhistoric coreâ€ buildings, such as Garland, Calhoun and Furman Halls.

In the September 15 of the university Virtual town hall of investment projects in arts and sciencesJohn Geer, Dean of the College of Arts and Science (A&S), announced plans for an intensive renovation of the Stevenson Center and “Historic core. â€œThe renovation will span seven years with a budget of $ 150 million and the primary goal of creating more accessible, inclusive and collaborative places of learning.

â€œOne of the things that the College [of A&S] isn’t good is that we have a lot of deferred maintenance, â€Geer said.

In addition, Geer said that an advanced microscopy and imaging center in the Engineering and Science (ESB) building and a cross-departmental quantum computing center on 17th S Avenue and Horton Ave. are both ongoing. He said the renovation of Garland Hall will begin later this year, with completion and reopening scheduled for 2024.

â€œWe believe that the current space is not fit for our faculty and students,â€ Geer told City Hall.

City Hall has not clarified whether these renovations will include the renaming of Calhoun Hall, a topic that has recently been unleashed debate on campus or bring back the Stevenson greenhouse, which was eliminated in January 2020.

â€œIn many places there is an inefficient use of space,â€ said Petersen.

Peterson stressed the importance of creating places for collaboration, criticizing current designs of classrooms to support capacity rather than engagement. Geer has promised to triple the number of collaborative spaces on campus.

â€œStevenson is really not a welcoming and intuitive establishment,â€ said Petersen. “It gives people anxiety.”

Angelo Pirali, senior partner at ASG, added to Petersen’s comments on daylighting, noting the planned increase in windows and skylights. He brought up the idea of â€‹â€‹moving offices out of basements to increase the flow of natural light.

â€œYou will still have that connection with the sky and the sun that won’t make you feel like you’re in a cell,â€ Pirali said.

Other architectural designs include connecting Stevenson Centers 1 and 2 to the upper level, adding a 10,000 square foot collective to both facilities, and creating an “administrative center” in all of the buildings in the initiative. The plans also aim to improve the acoustics and “technological aspects” of classrooms, thereby renovating them for the post-COVID-19 era. Geer and Petersen both underscored their intention to make all buildings chosen for renovation more accessible and inclusive by increasing the number of gender-neutral bathrooms and elevators.

Despite the planned changes, the building’s renovations will retain their historic architecture, according to Petersen. To illustrate this objective, a sketch of the future Furman Hall was shown at the Town Hall, with its “open” north side and historic facade, which was the origin of a urban legend-preserved.

As for the next ongoing construction period, the presentation featured a phased plan for relocating people, using campus buildings such as the Bryan Building as temporary office space.

The renovation of the campus buildings is linked to a larger initiative called “A Vanderbilt“, A mission led by A&S to develop” targeted excellence “and collaboration between departments and schools. The overall theme of this initiative, summarized as â€œaligning our physical environment with mission, vision and strategyâ€, is linked to other university projects such as Destination Vanderbilt and FutureVU. These initiatives aim to achieve “trans-institutional excellence” by building on graduate programs – such as evolution, economic history and Andean archeology – and undergraduate education through the realignment of some major and minor.

Geer emphasized how collaboration with students, faculty and staff is essential for plans to unfold effectively. He said there will be consistent updates and discussions regarding the project, such as group feedback sessions and additional town halls.

â€œOur colleagues at ASG, they are listening,â€ Geer said. “It’s really important to realize that everyone wants to do it right.”

He announced that the first survey, which will be available early the week of September 20, will ask the Vanderbilt community for their opinion on renovation plans.

“I’m going to harass you [the campus community] to do the investigation, â€Geer said. â€œWe need your commitment. This will ensure that we have a successful project.

GLBT History Museum: Round Table | Under the rainbow: how history is made