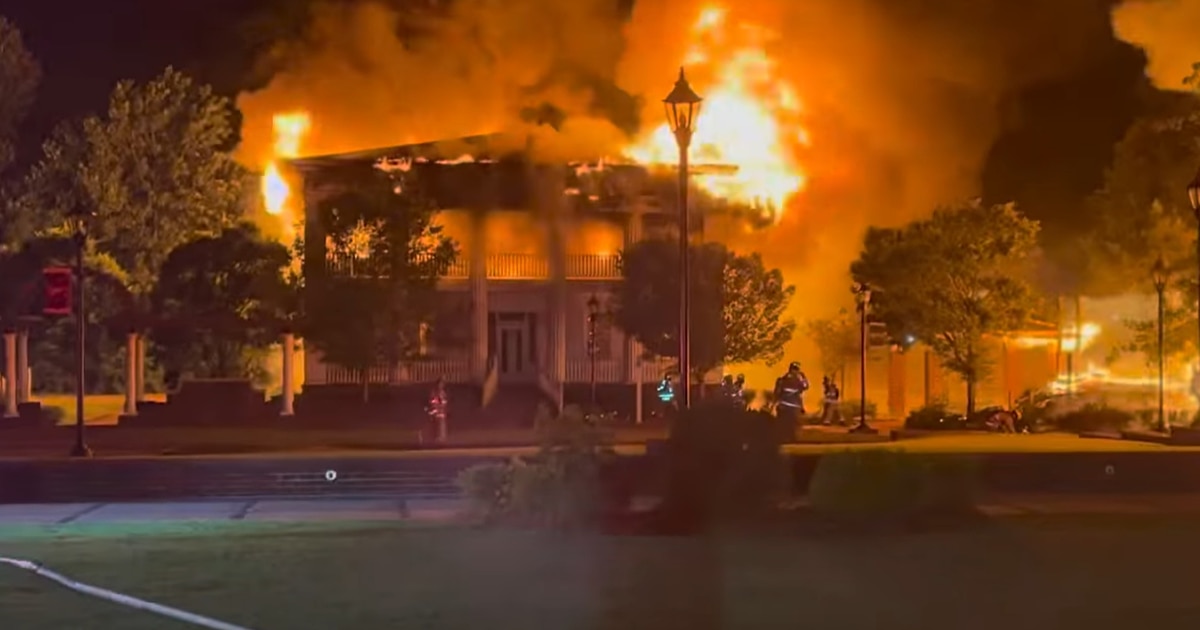 Morrow and Clayton County firefighters battled the blaze for several hours and as of Sunday morning smoke was still coming from the foundations of some homes, according to Channel 2 Action News.

Investigators believe the fire started in one of the homes and quickly spread to two others, according to a news release. Preliminary information indicates that a group of people were in the house before the fire started, which could be as early as 8.45pm on Friday. At midnight, the fire was visible.

“We mourn with our community and with the business owners who invested their dreams in this place, and we are committed to identifying and holding accountable anyone involved in the catastrophic damage caused by this fire,” Lampl said.

Fire investigators plan to use canine throttle detection teams to determine the origin of the fire and its cause.

“The location and intensity of the fire are suspicious, and early indications suggest this fire is likely the result of arson or arson by one or more persons,” the fire chief said. deMorrow, Roger Swint.

Morrow police, who are assisting in the criminal investigation, have early leads suggesting more than one suspect was involved, a news release said.

“Unfortunately, the district has been a frequent target of vandals, even as new tenants have begun to move into the site,” Acting Police Chief David Snively said in a statement. “Our detectives have successfully identified several former offenders, including attempted arson; and we will be working tirelessly with fire investigators to determine the exact events surrounding this incident as well.

Police told Channel 2 there were security cameras in and around some of the buildings, as well as license plate reading technology.

Two of the buildings were already under contract to begin revitalization, City Manager Jeff Baker said.

“It is a devastating setback just as we have begun to turn the corner and fill long vacant spaces in the District, and it is a particularly tragic loss to history – including the Napier-Small house – a distinguished example of Greek-Revival architecture built in 1846 and listed on the National Register of Historic Places,” added Baker.

Anyone who saw suspicious activity in or around the district on Friday night is asked to call Morrow Police at 770-961-4006 or Georgia Arson Control at 1-800-282-5804. Tipping can be anonymous, and a reward of up to $10,000 is offered for information leading to an arrest.