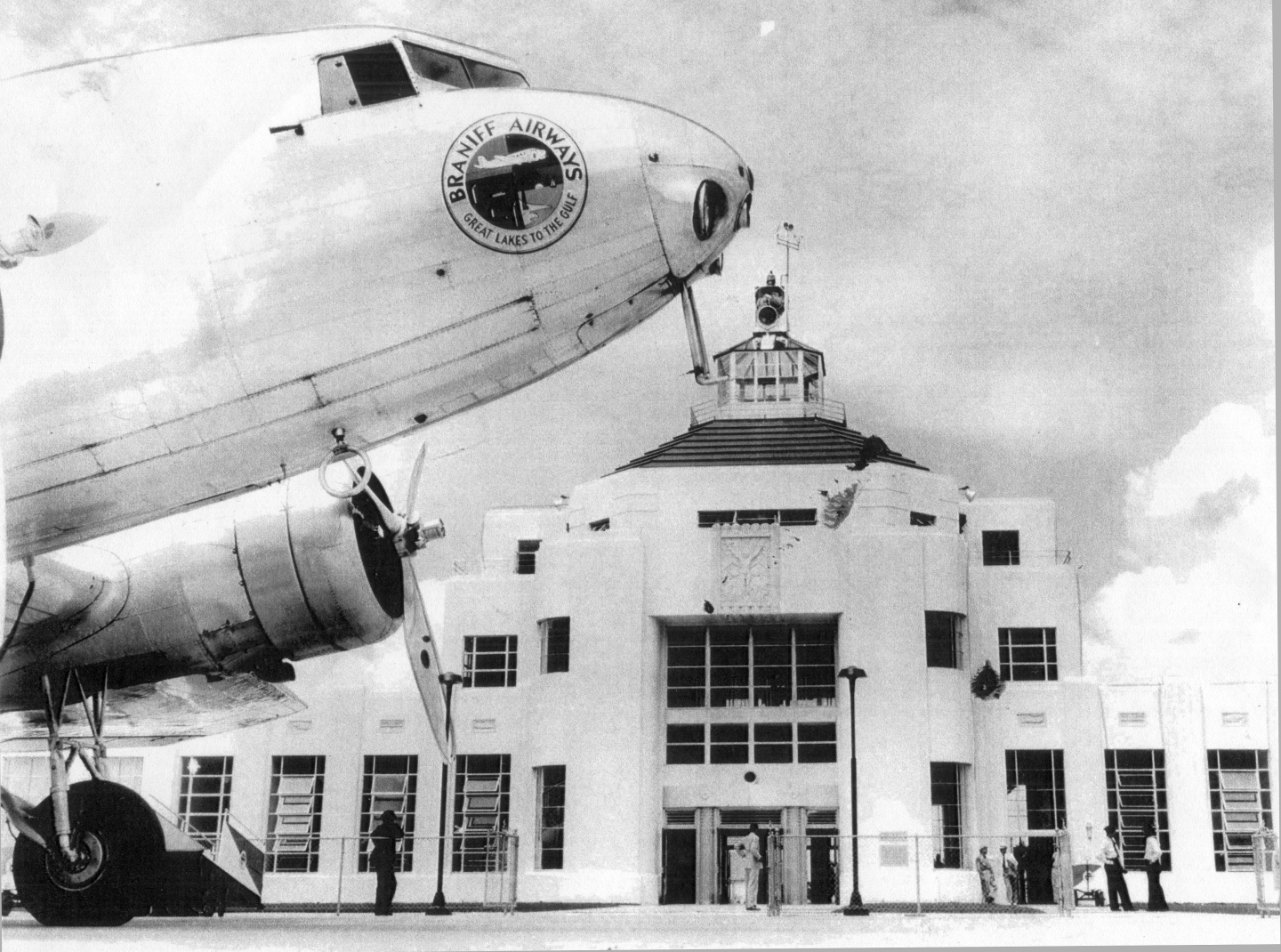 It’s always been known as Space City, but do you know of Houston’s historic history of flying below 40,000 feet?

Tucked away at the west end of Hobby Airport in southeast Houston is the 1940 Air Terminal Museum, a collection and narrative of Houston aviation history in the very rooms where it has begin. In a rare gesture for the city that likes to demolish its vestiges of yesteryear, the building is now listed in the National Register of Historic Places. The designation helps preserve the building and allows the museum to benefit from certain tax exemptions, as well as open up more funding opportunities.

“Very few buildings of this type exist,” said George Haines, acting executive director, on a recent tour. “It was a very short lived design theme. Since many art deco structures were also transportation structures, as transportation needs changed they were either redeveloped or demolished.”

The terminal has been used by millions of Houstonians to get in and out of the city from its grand opening in 1940 until 1978, when the last tenants left. Now a museum for the Houston terminal and airline industry, it’s a blast from the past for anyone interested in learning more about the city and its sky.

I visited the museum to see what I could learn from its contents, the people and the building itself. These five things took me by surprise:

The terminal is a small building constructed by Joseph Finger, a renowned Austrian architect who also designed the similarly styled City Hall building in downtown Houston. The terminal was built in 1940, when approximately 18,000 people entered and left Houston each year. In 10 years, that number has climbed to over 500,000.

In the mid-1950s, city leaders saw the need for a larger terminal to handle the explosion in traffic. Their original plan was to demolish the old terminal, which was not even twenty years old, and build a bigger one in its place. Miraculously, the land was too small for a new building, which was eventually built north of the airstrips along Airport Boulevard.

Over the next two decades, airlines either moved to the new terminal or landed further north at Houston’s largest intercontinental airport. In 1978, the building was abandoned. It was at this point that airport manager James DeLong again attempted to demolish the building to make way for a new ramp for the airline, but airport employees and enthusiasts opposed the plan.

The terminal sat empty for a full two decades until the new Houston Aeronautical Heritage Society took control in 1998.

Sexism in the US military forced WASPs to use terminal toilets

An important footnote in Houston history is the short residence of the WASPs, or Women Airforce Service Pilots, at the start of the United States’ involvement in World War II.

The women’s squadron fought the ideological obstacles of the 1940s to become civilian pilots shuttle planes to and from bases across the country, among other tasks. For a few months, the women loaded new members into a hangar at the municipal airport – a hangar built for the military, not for the women.

This meant there were no female facilities in the building, Haines said. Instead, they had to walk to the terminal building and use the public women’s washroom.

You can fly directly to see the museum

The 1940 Terminal Museum differs from those in the Museum Quarter in many ways.

He is far from the neighborhood, so he cannot take advantage of the pedestrian traffic of curious and wandering spirits. However, its lack of practicality on foot is compensated in another way: if you’re lucky enough to own a plane, you can fly directly inside and park outside the museum.

Haines boasts of being one of the only museums in existence to offer such functionality. It doesn’t happen every day, but it’s a thrill every time, he says.

Who Said Modesty Has To Be Modest? San Angelo artist Dwight Holmes designed a series of friezes that are featured all around the exterior of the building to this day. The centerpiece as you enter the building is an engraving of the Roman god Mercury clutching a dove, for peace, and a torch, for knowledge. He is depicted in an aviator’s helmet and has outstretched wings.

Then there is the body covering her private parts. Holmes apparently predicted how Texans react to nude public art and covered the NSFW element with a plane.

They donate a plane every year

Only a small part of the annual budget is funded by ticket sales. Instead, the huge gaps are filled with donations and endowments, Haines said. But a big push for fundraising each year comes when they raffle a plane.

This 2021 award is a 1958 7FC Champion, whose bright yellow paint is reminiscent of the 1950s. The winner was announced at the museum’s quarterly Wings and Wheels event on Saturday, although his name has not been made public.

Whether you’re an aviation nerd, trying to learn more about the history of the city of Houston, or just want to discover a new place, there is much more to learn at the 1940 Air Terminal Museum.