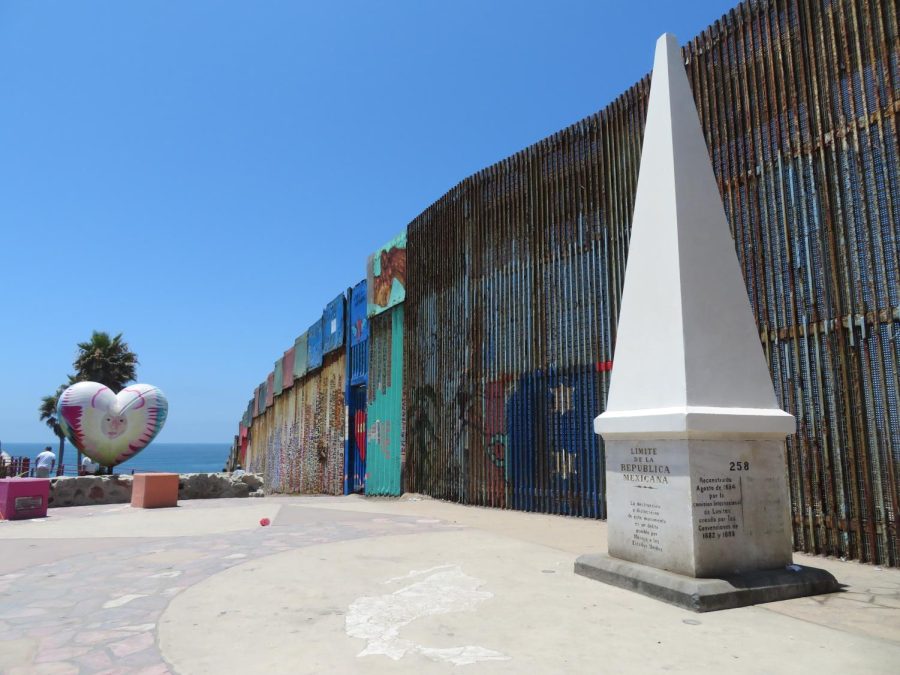 From the beach, the ocean stretches out to the horizon to the west. A narrow (but seemingly endless) strip of sand stretches south. The boardwalk and heaps of local businesses invade the east. To the north, an unsightly, unsightly rusty pillared fence covers the horizon.

The land on either side of the fence is known as Friendship Park. It is a place of great historical and cultural significance to the polycultural community on both sides of the border. Its historical significance is particularly highlighted as it is the home of the monument that originally marked the boundary, which is listed on the National Register of Historic Places.

Friendship Park was recently threatened by President Biden’s pursuit of a new border wall. Although construction has been interrupted due to the binational outcry, it remains to be seen whether Border Patrol will allow continued access to this public space.

Customs and Border Protection announced Aug. 4 that they are “committed to preserving access to Friendship Park.” Although a relief for border communities, the past few decades show that binational solidarity with Mexico is an afterthought for the federal administration as their decisions pander to racist, anti-immigrant and bigoted groups. They do not take into account the needs of the binational community that uses this space.

Policing in the park speaks loudly – ​​it reveals an agenda that doesn’t care about the people involved.

Chicana and Chicano studies professor Roberto Hernández said the border divides a community that has held together for ages.

“What does that do to the sense of community,” he asked.

The community of Playas de Tijuana has embellished the salt-worn metal pillars by covering them with art. Faces of deported immigrants float from the edge of the beach to the ocean, where the fence rolls by in the waves. Another artist “erased” some of the pillars by painting them to blend in with the sky, ocean and sand.

The American side shows a heartbreaking contrast. Due to accessibility barriers, including the construction of a second wall, it has become barren. Seeing this disparity, it becomes important to think about the kind of boundary the community wants to try to create.

Not so long ago, the border was a single chain-link fence that jutted out into the ocean. Hernández remembers spending days as a child along the border wall

“At low tide, you could walk around it without getting your feet wet,” Hernández said.

When the park’s visiting hours weren’t so restricted, visitors played volleyball using the fence as a net, defying the wall’s intent to limit their engagement.

Today, the park remains closed almost every day. During this century, access became more restricted. The Friends of Friendship Park website makes it clear: “Current restrictions on public access to the American side of Friendship Park mock the notion of international friendship.

Although this community struggles to keep this space active and culturally rich, the second wall in the United States has been an obstacle. Hernández said the second wall with a door created “similar conditions at visiting hours” as if they were incarcerated.

In matters of national politics, the border is a matter of public order. As a Democrat, Biden is criticized for any action to open borders. Hernández said the Biden administration was trying to compensate and challenge the perception his opponents had put forward. Instead of challenging the claim that the Biden administration has an open border attitude, they have gotten tougher with border access.

As an expert on the US-Mexico border, Hernández said he is frustrated with current developments on the border.

“The problem is not the border but the economic policies that move people inside Mexico, Honduras, Guatemala, that put them in this position of having to migrate,” he said. “[These are] realities that cannot be resolved by throwing money at a wall.

The effort to fortify the wall under the guise of maintenance attempts to fix the real problem. Hernández pointed out that this costly infrastructure development has become “politically expedient” for Biden, as his administration tries to assuage “unfounded right-wing concerns that he’s an open-border guy.”

According to Hernández, initiatives such as Operation Gatekeeper in 1994 are a “demonstration force” because they are stationed in more populated cities. As a result, said forces are in the spotlight, creating the illusion that the government is doing something.

This optical game feigns an attempt to reduce the influx of undocumented migrants and has led to increased deaths at the border, as those who have to cross have been forced into more dangerous terrain. This exercise only a new record has been set: nearly 750 migrants died crossing the border.

The preservation of Friendship Park will only be addressed if people continue to advocate for its preservation. Organizations such as Friends of Friendship Park provide options to support the cause. Their continued efforts, alongside those of organizations like the American Friends Service Committee and Border Angels, have protected the park, but it’s time more of us realized how important our involvement is.

The American side of this rich and polycultural space can be revived. Perhaps in the future we can stand in Playas de Tijuana and find an open park when we look north – a renewed and cared for meeting place for families and loved ones, enriched by the art of community that it was always meant to serve.