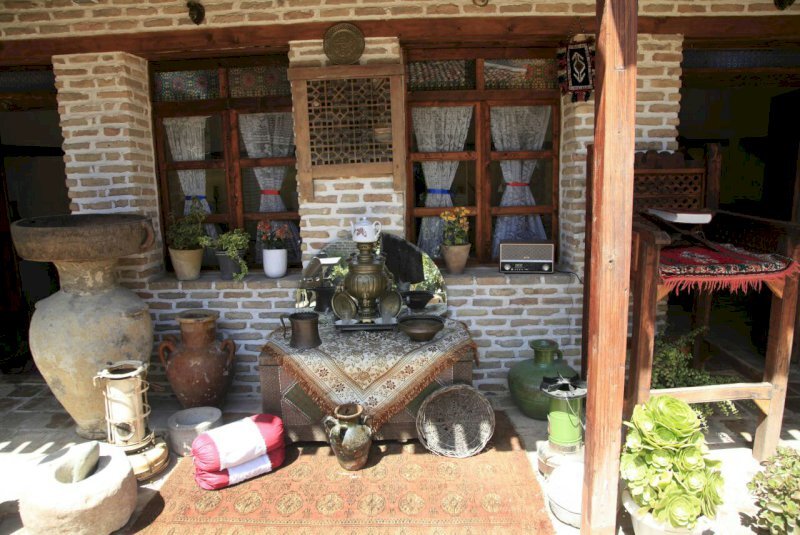 A historic mansion in Gorgan is transformed into a traditional cafe

TEHRAN- The historic Molla Sanam Baqal mansion in the historic texture of Gorgan, the capital of northern Golestan province, has turned into a traditional cafe, the provincial tourism chief said.

A budget of 800 million rials (about $3,000) has been allocated for the project, the official added.

The mansion has been included in the national heritage list.

Gorgan, formerly known as Astarabad, is located along a small tributary of the Qareh River, 37 kilometers from the Caspian Sea. The city, prosperous in the Achaemenid period (around 550 – 330 BC), suffered for a long time from the incursions of the Turkmen tribes who occupied the plain north of the Qareh river and were subject to incessant conflicts Qajar-Turkmen tribals in the 19th century according to the Encyclopedia Britannica.

It was renamed Gorgan in the 1930s after being devastated by a violent earthquake. In modern times, the plain around Gorgan has become a flourishing breadbasket.

Gulistan is said to include some 2,500 historical and natural sites, including Gonbad-e Qabus, a millennium-old brick tower, a UNESCO World Heritage Site, among the most famous.

Accounts say the tower influenced various later designers of burial towers and other cylindrical memorial structures both in the region and beyond. UNESCO comments that the tower bears witness to the cultural exchange between the nomads of Central Asia and the ancient civilization of Iran.