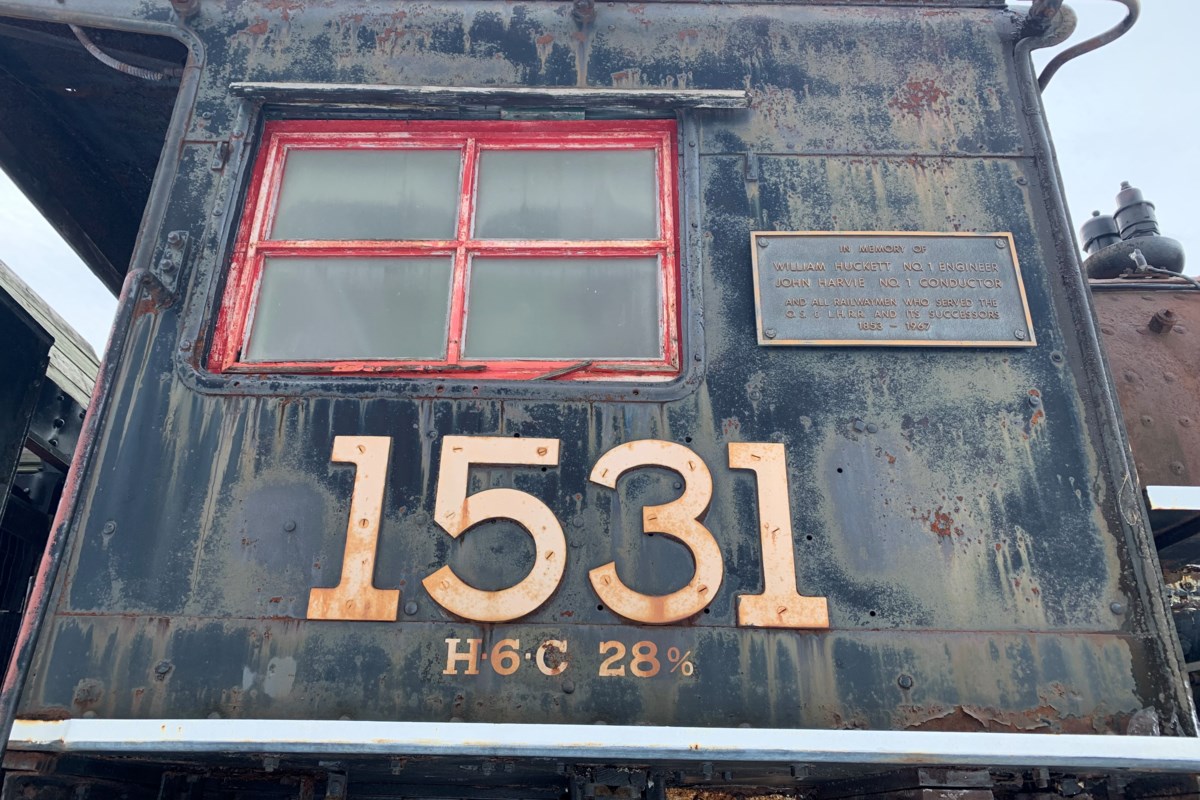 ‘It pains me a bit to see the engine not coming back to Allandale,’ says Barrie councilor and chairman of the Heritage Barrie committee

Tracks end for the historic Barrie Locomotive at the Simcoe County Museum.

Simcoe County Councillors, sitting in Committee of the Whole this week, approved the donation of the 1531 engine, its tender box and caboose from the City of Barrie to the Midhurst Museum, where the equipment will be exposed once restored.

“It pains me a bit to see the engine not coming back to Allandale,” Barrie Coun said. Clare Riepma, Chair of the Heritage Barrie Committee. “However, if we were to keep it, the cost to restore it would be much higher because the city doesn’t have the expertise and would have to hire it somewhere.

“Additionally, there would be the cost of bringing him back to Allandale and building a structure to house him and create an interpretive facility for him,” he added. “In addition, the city would then have to maintain it for the long term.”

According to city staff, restoring Engine 1531 and returning it to Allandale Station, or near the Southshore Center, entails an estimated cost of $600,000.

“The county already has a transportation exhibit at the museum, and the engine has been part of it for several years now,” Riepma said. “The county has also agreed to help the city develop historical material that we can use with respect to the engine.”

The county council will consider final approval of the deal at its June 14 meeting.

In late 2021, Barrie councilors decided to support the Heritage Barrie committee’s decision that the historic engine be donated to the Simcoe County Museum and the city fund its restoration at a cost of $319,000 from 2023 to 2025.

The 1531 engine, its tender box and caboose would be part of the Simcoe County Museum’s largest exhibit of local railway heritage, with a focus on Barrie and Allandale station.

Approximate funding in the amount of $150,000, $100,000 and $69,000 would be included in the city’s capital budget for those years and funded from Barrie’s reinvestment reserve, to put the engine back in 1531 in a condition suitable for donation.

City staff would incorporate a program to include community exhibits, to recognize the railway as part of Barrie’s heritage, and the city’s restoration work at Allandale Station, in consultation with the Allandale Neighborhood Association and Heritage Barrie, and report to councilors with options and costs associated with the recognition program.

Engine 1531 has been in the Simcoe County Museum since 2010 and other than asbestos removal and minor paint work, no maintenance or restoration work has been done on it. The engine is in poor condition and the longer it stays that way, according to city staff, the greater the effort and cost required to restore and maintain it.

Barrie has a long railway history, including the designation of Allandale Station by Canadian National Railways as a heritage station due to its historical, architectural and environmental significance.

The 1531 steam locomotive is part of this history since it was built in Quebec in 1910 by Montreal Locomotive Works and used by CN in the late 1950s when it was stationed in Allandale.

Donated to the city in 1960, the engine was originally on display by the lake. This was followed in 1995 by the CN Railway’s donation of the caboose. Although these parts were never used in Barrie, the locomotive, tender body and caboose are representative of railroad equipment used in the city.

The engine was displayed on the Barrie waterfront for many years. However, due to weather and weather-related factors, the equipment suffered significant deterioration.

Construction began along Lakeshore Drive in 2008 and to prevent further damage to the engine, the city eventually moved it from the waterfront to the Simcoe County Museum, where it is currently stored. The cost to move the engine was $149,000, including hazmat reduction and the extra track laid at the museum to house the train.

The engine is loaned to Simcoe County, although the city retains sole ownership and is responsible for all costs, including insurance, removal of any hazardous materials, transportation to a new location and/or restoration.

Last year, city staff contacted the Simcoe County Museum to explore the possibility of a donation. Museum staff said that to continue to hold the engine, restoration work must be completed to preserve it for the long term. Thus, for the engine to be accepted as a donation into the museum’s collection, a restoration budget must accompany the donation.

City staff have an updated estimate for the restoration and preservation of the Simcoe County Museum engine, tender box and caboose, including a $31,900 contingency fund.

Museum staff said it can complete the restoration work in phases, during the years 2023 to 2025.

The 1531 Engine exhibit at the Simcoe County Museum is said to fit well with its theme of Barrie and Simcoe County in the early 20th century, spanning the late 1800s to early 1900s. also this period of Barrie’s history include the Barrie Street Exhibit, the Barrie Bell automobile, and a 1905 replica of the Allandale train station.

The 1531 engine is part of the transportation-themed experience offered by the Simcoe County Museum, where more than 8,000 students visit each year.