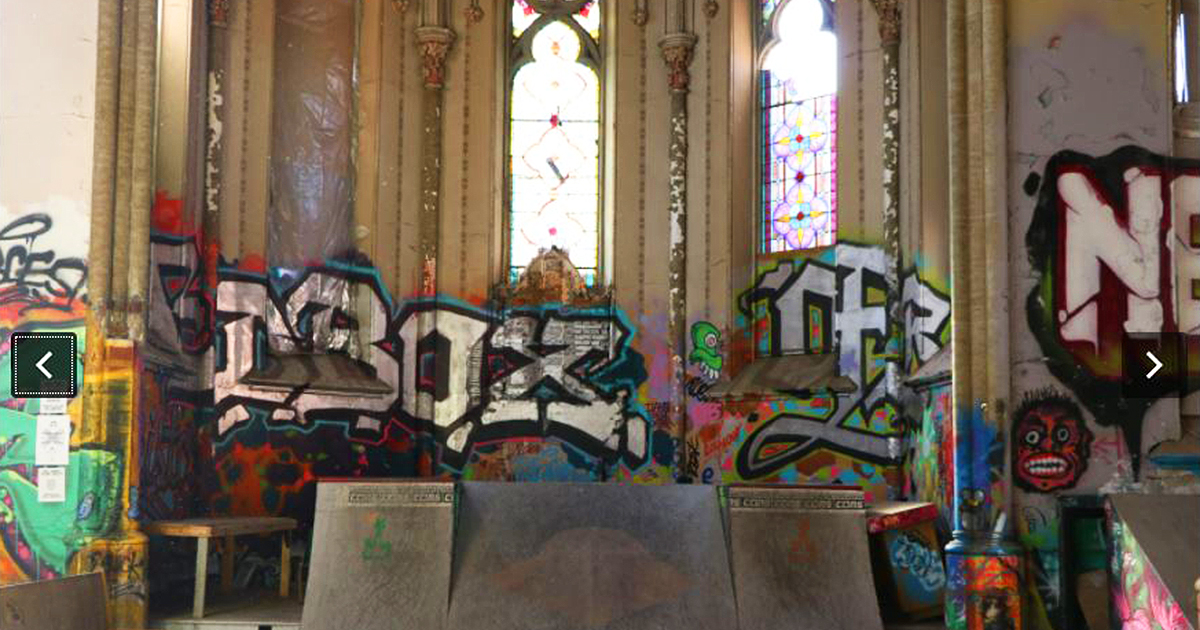 ST. LOUIS (KTVI) – As you enter St. Liborius Church in North St. Louis, you are immediately surrounded by elaborate graffiti by artists from around the world and a large green ramp the size of a competition.

Over the past 10 years, Dave Blum, along with other owners and volunteers, has transformed the historic abandoned St. Liborius Church into a skate park for the community of St. Louis.

The church was founded in 1856 and completed in 1889. It is the largest Gothic Revival church west of the Mississippi and is listed on the National Register of Historic Places.

Rename it Sk8 Liborius, the old church and the presbytery need numerous renovations to respect the city code and be open to the public. Blum and its partners are looking to raise $ 1 million to not only turn the facility into a skate park, but also a center for underserved youth, and more.

In 2016, a non-profit 501 (c) (3) Liborius Urban Art Studios (LUAS) was established with the mission of preserving the historic St. Liborius Church and Rectory in northern St. Louis and transform them into artistic, musical and professional training. , center for education, mentoring and action sports.

â€œThere are a lot of underserved kids in St. Louis – a lot,â€ Blum said. â€œIt just leads to this massive loss of creative potential. If you grow up … in the city, you might never find that you like screen printing or photography because you will never be able to do those things. You’re just trying to survive in your neighborhood. And it’s just deeply sad.

Sk8 Liborius would serve as a third space for young people, adolescents and adults.

â€œAll human beings need a third space. You have a job or a school, then you have your home. You need a third place. If you provide a third productive space, people go there. But if not, they need a third space, and they’ll find another – whether it’s like a bar, or a street corner, or drugs, or whatever. But this special outing away from work and home is like a requirement for human beings, â€said Blum.

â€œIf we provide this space for children, you could start a very good foundation for healthy living. “

Phase 1 of the organization’s plan is to bring the church and presbytery up to standard, to open the doors to the community as a skate park and art center, and to turn part of the building into a bedroom. ‘hosts to fund the Liborius Center for Urban Art.

Phase 2 of the plan will be to open the Liborius Urban Art Studios and transform the lower level of the building into a manufacturing space where community members can learn business skills to earn a living.