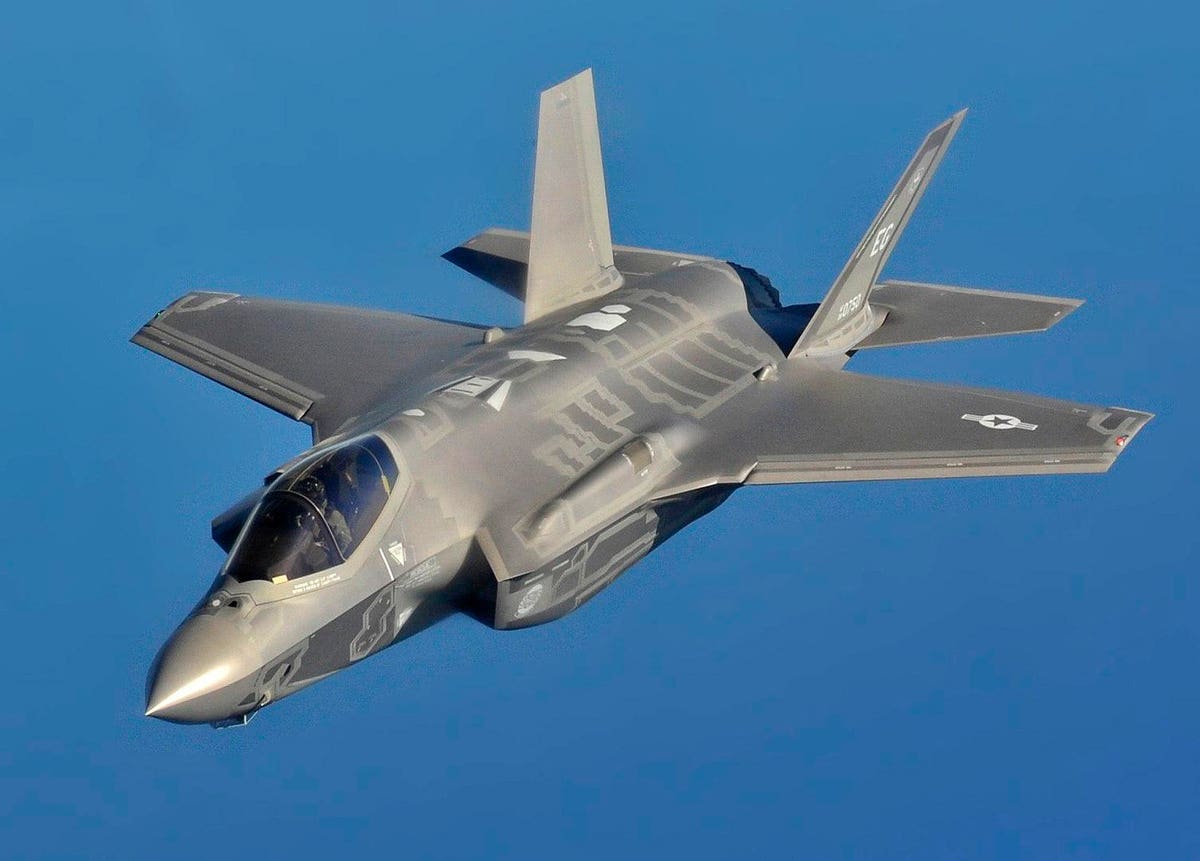 Air Force confirms plans to scale back F-35 purchase in 2023, but can’t explain why

The Air Force on Monday unveiled its proposed budget for fiscal year 2023 beginning Oct. 1, revealing a 10% increase over last year’s request that Secretary Frank Kendall says is sufficient. to maintain and modernize the force.

All programs except the single effort that Chief of Staff CQ Brown called the “cornerstone” of Air Force modernization – the F-35 fighter.

This program is taking a hit, dropping from an expected demand of 48 planes to 33.

The service says it still intends to seek a total of 1,763 long-term F-35s to replace its Cold War fighters, but at 33 a year that would take half a century.

Kendall says the service will increase its annual purchase of F-35s in the future, but he also says the prospects for obtaining adequate funding will become “more difficult” in the coming years.

I asked Secretary Kendall in an embargoed budget preview last week why the F-35 was being cut when so many other programs were seeing big increases, and his explanation was unclear.

I left the meeting feeling that cutting the F-35 was not the secretary’s idea; that is certainly not what the Air Force has signaled as the plan for the future.

Kendall acknowledges that the proposed reduction will meet resistance from Congress, so he better come up with a more compelling rationale than the one I heard last week if he doesn’t want to see further decremented efforts to bring back the F -35 to its previous production profile.

Since Congress is sure to respond, here are five questions the Air Force will need to answer at the start of the budget hearings.

I should note that several companies interested in the F-35, including airframe prime contractor Lockheed Martin, contribute to my think tank.

Why slash your most important military aircraft program during a war? The F-35 is the only next-generation combat aircraft the United States currently has in high-speed production. The Air Force has consistently stated that the F-35 is essential to maintaining air dominance in Europe and Asia.

Cutting the program while Russian bombers are attacking targets in Ukraine on a daily basis makes no sense. One of President Biden’s first actions when the threat of Russian invasion arose was to redeploy the F-35s eastward to protect NATO airspace.

The F-35 is far superior to any tactical aircraft available to Russia, but the Air Force has only just begun to build its presence in Europe and many more fighters will be needed to ensure superiority in power. NATO air force.

Why cut the one plane every foreign partner seems to want? Over the past year, several Western democracies have pledged to buy F-35s, including Finland, Germany and Switzerland. Canada has signaled that it will likely purchase F-35s for its own air force.

This effectively makes the F-35 the fighter of the free world: with the sole exception of France, all major American allies in Asia and Europe are now considering buying F-35s, and it is already operational in countries like Australia, Great Britain, Israel, Italy and Japan.

Many more countries would buy it if they could. So what message does it send to foreign partners that the main US service is reducing its own order to a number well below economic production rates?

Why cut a program that offers too much price and performance? The Air Force variant of the F-35 costs less to build than the list price of any commercial airliner currently on the market, and yet performs four to ten times better than veterans in primary missions such as the air-to-air combat, air-ground strikes, suppression of enemy air defenses, electronic warfare and intelligence gathering.

In addition to being more resilient and versatile than any other fighter in the world, the F-35 is designed for seamless interoperability with other friendly air forces using secure data links and shared reconnaissance.

Although still in its infancy as an operational aircraft, the F-35 is already the most reliable and easily maintained tactical aircraft in the Air Force fleet. He is less likely to break and takes less time to repair when he breaks than older fighters.

Why buy more obsolete fighter jets while buying fewer new ones? The Air Force plans to spend several hundred million dollars in its 2023 budget to upgrade 60-year-old B-52 bombers and buy new airframe-based F-15 fighters whose design began in 1969.

The service says it has good reason for this and other spending on aging airframes, but it cannot explain why they deserve a higher priority than maintaining production of its most expensive new fighter jets. murderers and the most resistant.

The service has in effect made its new fighter a bill payer for some of its older planes. Congress will want an explanation of how this balanced budget approach helps preserve US global air dominance.

Why damage an already struggling domestic manufacturing base? Aerospace is one of the few manufacturing sectors in the United States that still enjoys a positive balance of trade, and the F-35 is by far the largest government program the sector depends on.

It is also one of the few industrial sectors where organized labor continues to play an essential role. But according to a letter recently sent to President Biden from F-35 suppliers, a reduction in F-35 quantities will have “an immediate and dramatic negative impact on our businesses and the thousands of represented workers who rely on the F-35.” for their work”. and livelihoods.

It’s no exaggeration: Lockheed estimates that the F-35 represents nearly 300,000 jobs at 1,650 suppliers in 47 states. It’s also the best bet that America must maintain its leadership in the global military aircraft market well into the middle of the century. And that’s before even getting to the domestic political fallout of such an untimely decision on the eve of the midterm elections.