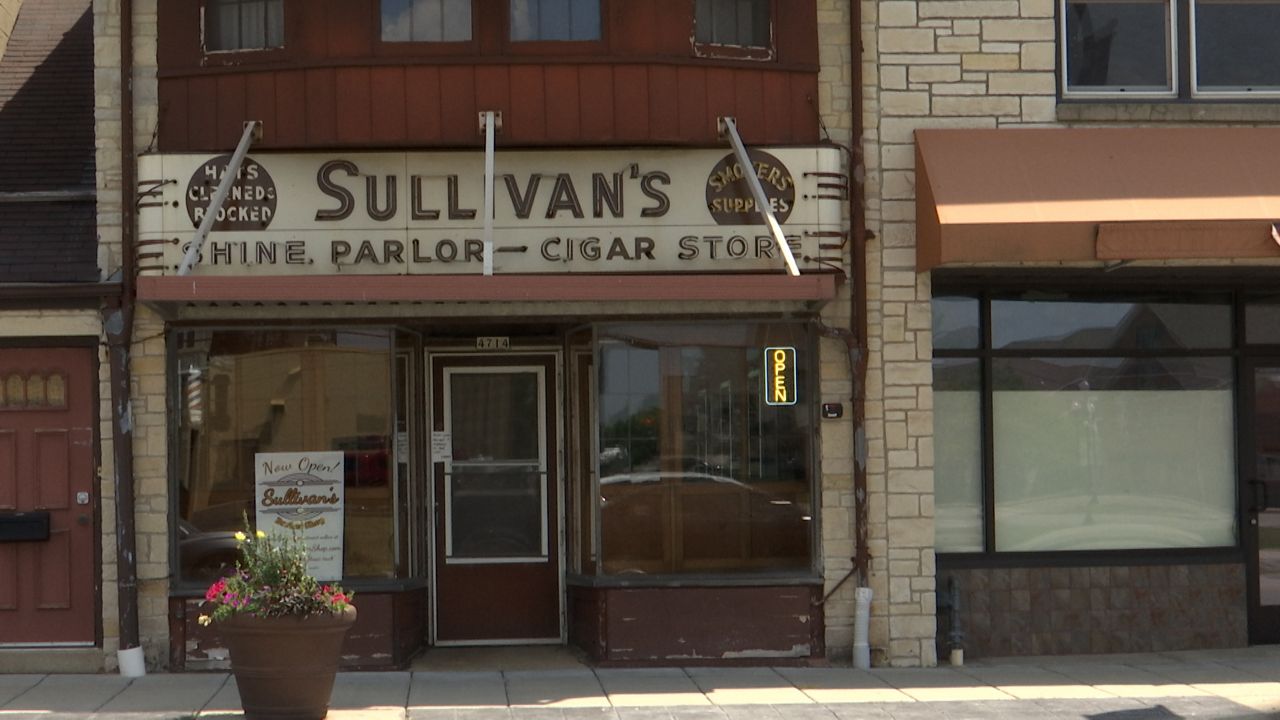 CUDAHY, Wis. – From small towns to big cities, hair salons have been a staple in Wisconsin for generations. A new one in Cudahy honors this tradition while preserving a historic building.

For more than half a century, Sullivan’s was a shoe shine and cigar shop along Packard Ave. at Cudahy.

It was opened in 1934 by Joe and Mary Salvatore. Known for its iconic sign in front of the building, it remained a community staple until the early 2000s. After its closure, the building stood empty.

When the story could have been lost, barber Lauran Ripstein stepped in to save her. Ripstein and her husband opened Sullivan’s hair salon in space in April.

For Ripstein, it was a chance to preserve the building while learning from customers who were delighted to be welcomed inside.

“We have a gentleman who was a former worker here in the 1950s and he told us a great story of how Joe trained him. He said you have to break the towel when you shine shoes,” Ripstein said while cutting a customer’s hair.

In addition to the building’s history, Ripstein has also worked hard to honor the history of the Milwaukee Barber Shop.

Prior to the opening, she purchased a barber chair that was once used by the Pfister Hotel in Milwaukee. Although she was unable to date the chair exactly, she believes it dates to the 1910s or 1920s.

“When the Pfisters got rid of their hair salon, they threw them all in a dumpster from what I understand,” Ripstein said. “This one ended up with a barber on the East Side, he worked there for 40 years, put it on Facebook and my husband contacted him and said we were going to open our own barber shop. hairdressing.”

Sullivan’s features a variety of other barber shop memorabilia. To learn more about the store, visit his website.