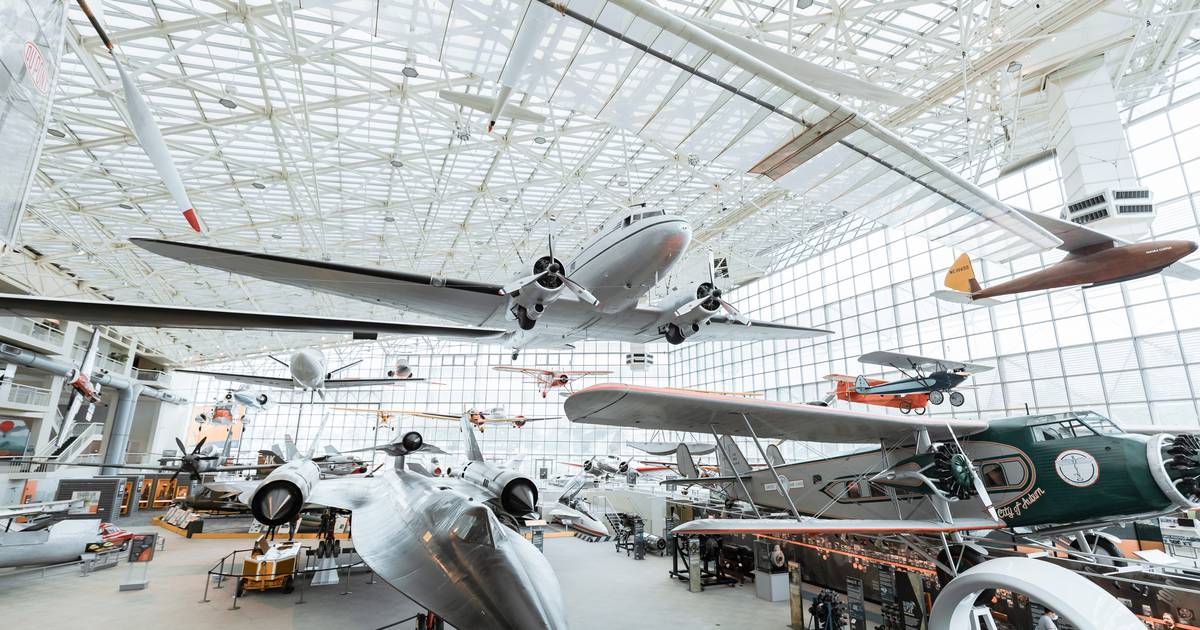 I arrived a little late for the start of Seattle Museums Month, which lasted the whole month of February. Participating museums around Seattle and surrounding communities offer visitors 50% off regular admission.

So if you’re passing through Emerald City by the end of the month, make time to visit some of Seattle’s top museums.

Although I’m not a museum buff by nature, bad weather can push me in that direction.

Sounds like perfect February weather to me – so I can see why they chose this month to promote the city’s museums.

Although we both browsed the city’s eclectic list of museums, we lamented that neither of us had been to a Seattle Kraken hockey game. There are three more home games at Climate Pledge Arena in Seattle this month.

Before heading to the game, visit some of Seattle’s most unusual museums. For example, there’s the Pinball Museum, which has over 50 vintage pinball machines and presents them as “an interactive display of kinetic art.” The museum has machines dating as far back as 1934. Although I haven’t been there, I can’t wait to check it out, as I spent a good chunk of my youth wasted in arcades before Pac- Man and Pong don’t change things.

There is also the Pacific Bonsai Museum. Located south of Seattle on Federal Way, the museum houses 150 pieces of bonsai art, with trees from Canada, China, Japan, Korea, Taiwan, and the United States. There is a rotating exhibit of 60 trees, and the museum also hosts traveling exhibits. This museum offers free entry, by the way.

Take one of Washington State’s ferries from the waterfront through Puget Sound to Bremerton. The ferry is always fun, whether you’re walking or driving your car on board. Bremerton is a Navy town and its museums prove it.

The Puget Sound Navy Museum is a short walk from the ferry terminal. A featured exhibit depicts life aboard one of the Navy’s nuclear-powered aircraft carriers. Puget Sound has been home to naval bases for over 100 years, and the museum has many artifacts and photographs that it manages and preserves. This museum offers free admission.

The USS Turner Joy is a floating museum ship moored in Bremerton. It is also a short walk from the ferry terminal. The ship is a Forrest Sherman-class destroyer that was built in Seattle in 1958. She was commissioned in 1959 and sailed throughout the Pacific, including the Gulf of Tonkin, before being decommissioned in 1982 Visit the USS Turner Joy and learn about the ship’s history, wartime operations and capabilities.

Eleven miles north of Bremerton, in Keyport, is the US Naval Undersea Museum. There are exhibits on mine warfare, torpedo technology and ballistic missiles inside nuclear submarines. Other exhibits focus on naval divers, including SEALs, Seabee divers, and aviation rescue swimmers. Two underwater rescue submersibles are also on display.

Back in Seattle, in the Ballard district, is the National Nordic Museum. According to Visit Seattle’s Robinson, it is the “largest museum devoted to the five Nordic countries”, including Denmark, Finland, Norway, Sweden and Iceland. The goal of the museum is to celebrate the values, art and spirit of the Nordic peoples while sharing these treasures with people from all walks of life.

There is a permanent exhibition on “Nordic Voyages”. This exhibit illustrates the history of Norse migration and features artifacts over 4,000 years old. Runestones, swords, keys and jewelry from the Viking Age help tell the story.

Next week, a new exhibition of Nordic glass.

Glass art, especially the work of Washingtonian Dale Chihuly, is very popular. If you haven’t visited the Chihuly Garden and Glass Museum next to the Space Needle, use your half-price museum pass as an excuse.

Here’s the catch to the museum pass: You have to stay at a participating downtown hotel to get the discounts. There are a bunch of participating hotels, and they’re listed on the Seattle Museum Month website.

Choose the super-friendly Hotel Monaco for $204 a night, or save a little and stay at the Travelodge near the Space Needle for $85 a night. The Holiday Inn at Lake Union costs around $113 per night. I have included all taxes and fees in the prices. The hotel tax is 15.7%.

In addition to the smaller, lesser-known museums covered by the month-long promotion, there are must-see museums, including the Seattle Art Museum. You can spend an entire day exploring the many permanent and rotating exhibits. I did it. Current exhibitions include “Embodied Change: South Asian Art Across Time”, featuring “metamorphic and fascinating images of the human body”.

I’ve spent hours in modern and contemporary art, but there are vast collections of African art and Native American art. Don’t miss it.

If you’re traveling to Seattle with the kids, the Seattle Aquarium and Woodland Park Zoo are participating in the one-month, half-price promotion.

There are two fun museums on the shores of Lake Union: the Museum of History and Industry, or MOHAI, and the Center for Wooden Boats.

MOHAI offers a “Kid-Struction Zone” for ages 2 to 7. There are tool benches, reading stations, historical photos and lots of building blocks.

But my favorite exhibit is the “True Northwest” story, which guides visitors through the area’s history from 1790. Learn about the mills, the harbor, the gold rush, and how the area went through two World Wars.

If you’re an avgeek (aviation geek) like me, don’t miss the Museum of Flight. Located at Boeing Field between Seattle-Tacoma International Airport and downtown, the sprawling museum is heaven for things with wings.

The museum built a special hangar for the Space Shuttle Trainer, a full-size replica that astronauts used to prepare for their flights.

You can see the “red barn” where Boeing Aircraft started. You can see up close the fabric, wood and glue that held the very first airplanes together.

The bonus to any visit to the Museum of Flight is the chance to gaze at the flight line at Boeing Field. There is always an incredible range of aircraft in the pipeline for delivery to airlines around the world.

Whatever your interest, chances are there’s a museum just for you in Seattle. Even if you can’t make it to Seattle in time for this promotion, many of these museums are worth visiting.

Seattle and King County require visitors to present their vaccination card upon arrival at indoor venues, including museums, restaurants and bars. Unvaccinated travelers must present a negative COVID test result taken within 72 hours. Masks are mandatory inside.