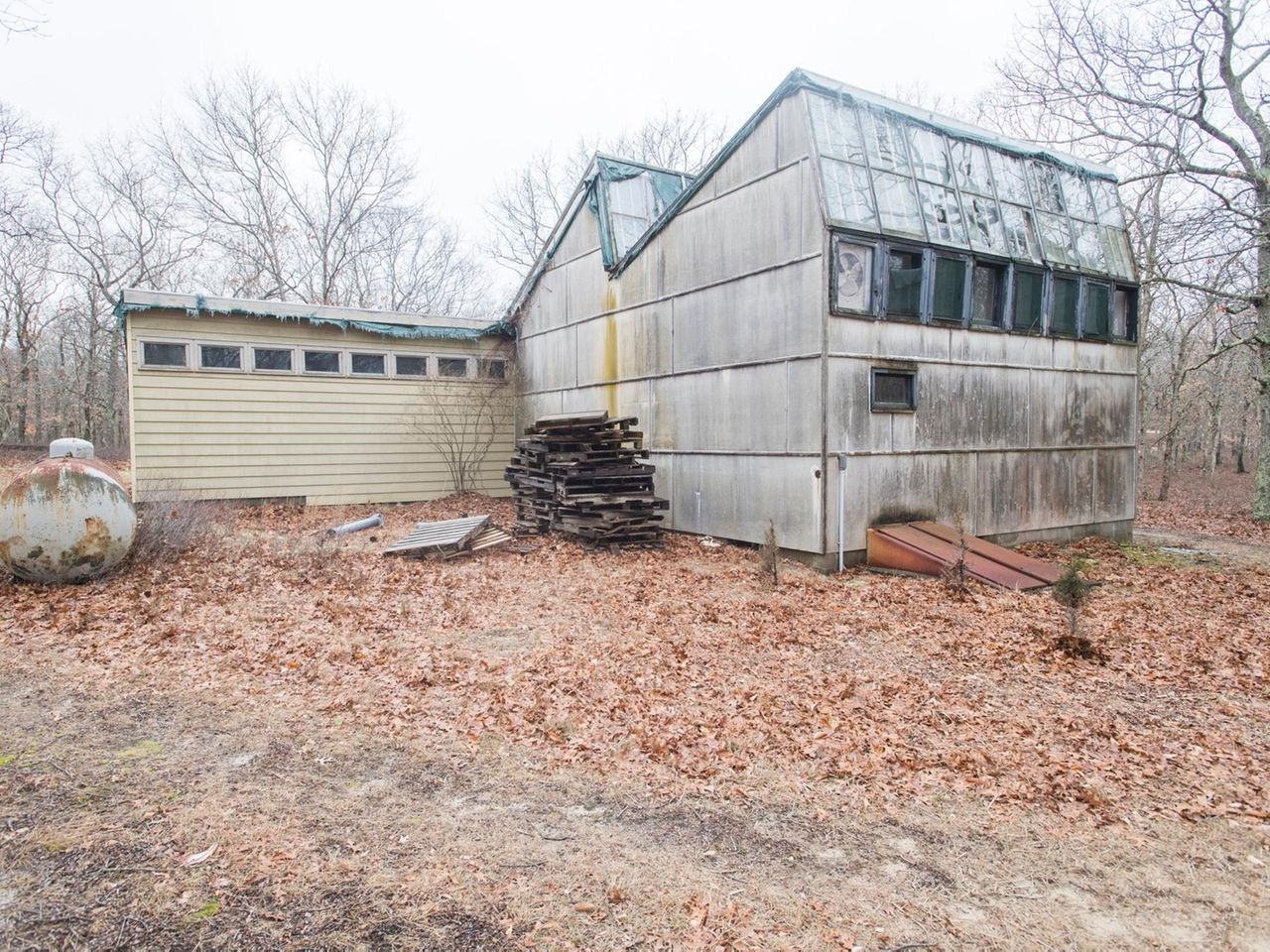 The 1950s East Hampton home of two mid-century American expressionist artists who worked closely with Jackson Pollock has been listed as one of the nation’s 11 most endangered historic places by the National Trust for Historic Preservation .

The 11-acre Brooks-Park home and studio, once owned by artists James Brooks and Charlotte Park, has deteriorated over the decades and was slated for demolition last year, nearly a decade after the purchase of ownership by the City of East Hampton.

But curators and historians have said the home and four buildings on the Springs community property must be preserved to commemorate contributions to art history in Long Island’s East End.

“Brooks House is a shining example of the significance and potential of places like this,” said Katherine Malone France, Head of Preservation at the National Trust. “These are places we cannot lose. To lose the Brooks-Park Home and Studio is to lose who we are as a country and our artistic heritage and how American art has changed the world.

The National Register has listed places facing an urgent threat of extinction due to environmental problems or deteriorating conditions. Locations must have historical significance and have a local group fighting for preservation.

Brooks’ home fit every category, Malone France said. Other places on the list include the original settlement of Jamestown, Virginia, which is threatened by rising sea levels and climate change, and the Brown Chapel AME Church in Selma, Alabama, which is damaged by termites.

Curators say the Brooks-Park Home and Studio provided a local hub that illustrated the artists’ connection to the environment and how the environment influenced their art. They connected with other artists like Pollack and his wife Lee Krasner in Springs.

Brooks married Park in 1947, but her work was less well known, as many works by female artists were at the time. She continued to live on the property for 18 years after Brooks died in 1992 and her work also gained fame after his death in 2010, National Trust curators said.

But since their deaths, much of the property has fallen into disrepair and has become the target of vandalism.

The city purchased the property in 2013 for $1.1 million with plans to preserve the estate. The city has committed $850,000 for restoration efforts. The city struggled to find a nonprofit to maintain the property and recommended in a report last year that it be torn down for open space.

Defenders at the nonprofit Brooks-Park Arts and Nature Center are working to save the historic site. A draft report revised by the city this year ended calls for demolition and cited collaboration with the group. The municipality was still considering restoration estimates.

An architect’s report said the buildings could be restored or recreated to match their original form.

“I think what we want to see is the city’s use of community preservation funds to stabilize and preserve this site,” said Marietta Gavaris, artist and nature center officer. “There is a solution here and it is up to the city and the Center d’art et de nature to work together to rehabilitate this site and bring it back to life and maintain it for the long term with a model that combines history with nature. art and nature and writing the next chapter.”

John Asbury covers the town of Hempstead and the town of Long Beach. He has worked for Newsday since 2014 and previously covered crime for nine years for The Press-Enterprise in Riverside, California.