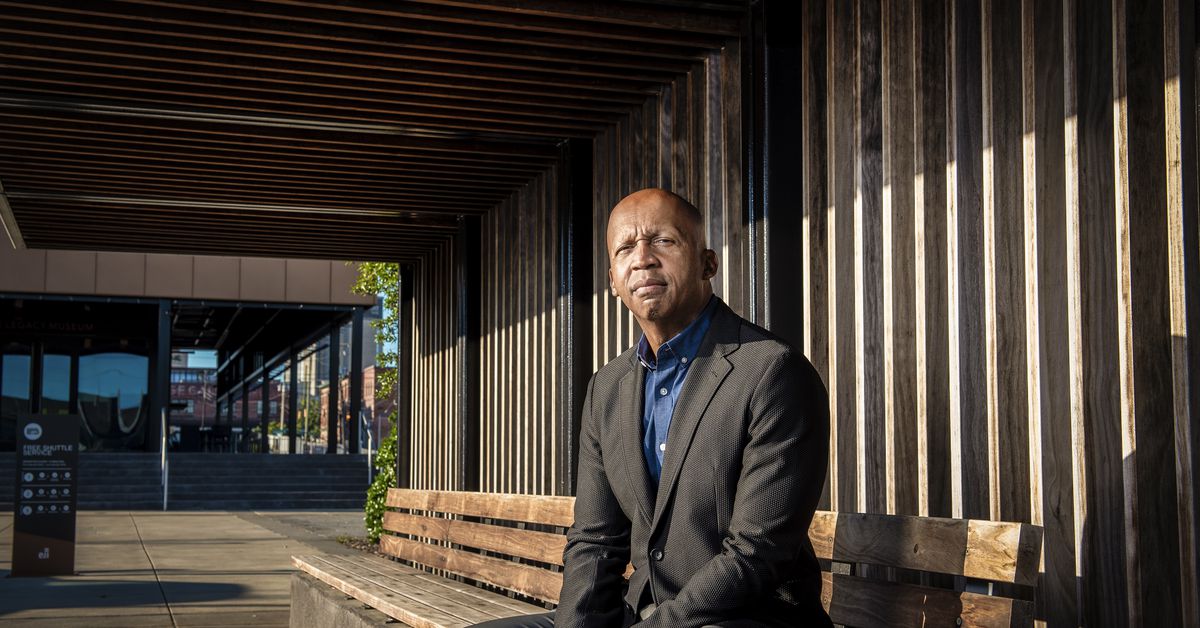 Bryan Stevenson, Founder of the Legacy Museum, on American Slavery and Modern Incarceration

Forgive the spoiler, if you will. But when I walked into the newly expanded and reopened Legacy Museum in Montgomery, Alabama, the first thing I saw and heard were ocean waves crashing against the video screens in front of me. The exhibit was a haunting memorial to the kidnapped Africans who did not survive the Middle Passage.

As part of the first chapter in this country’s African-American history, seeing this watery grave set the appropriate tone for the museum’s journey through the timeline of black life in this country, taking visitors back to the time. from slavery to modern times. evils of the day such as voter suppression and mass incarceration, connecting the dots as they go.

I visited the first Legacy Museum for the first time in the spring of 2018. That’s when lawyer Bryan Stevenson and his Equal Justice Initiative (EJI) opened it around the corner from their offices in Montgomery, in Alabama, along with their National Memorial for Peace. and Justice. The memorial, with its 800 6-foot metal blocks displaying the names of lynching victims, remains on top of a hill overlooking the Alabama Capitol building. But the original Legacy Museum was too small, it seems, to sum up all the horror of American injustice inflicted on people who look like Stevenson and me.

In the most recent episode of Vox conversations, I spoke with Stevenson – the author of the bestselling memoirs Just mercy and the founder and executive director of EJI – on why this exhibit needed a new home, how it complements its legal work on behalf of those wrongly convicted, and whether museums are the place to fight back against modern efforts to criminalize the teaching of American history.

Below is an edited excerpt from our conversation. Of course, you’ll find a lot more in the full podcast, so subscribe to Vox conversations to Apple podcasts, Google podcasts, Spotify, Stapler, or wherever you listen to podcasts.

I think in general in the United States we’ve done a really bad job of creating cultural spaces that help us understand who we are and how we got to where we are. And I went to Johannesburg in South Africa, and I saw the Apartheid Museum there, and it was powerful for me to see that this nation had created an institution that was helping people understand pain, the suffering and anguish that apartheid has created.

You cannot walk 200 meters in Berlin without seeing markers and monuments in honor of the victims of the Holocaust. There is a Holocaust memorial in the center of town. And because of that calculation, there’s just a different relationship to the story in this country than you see in this country. There are no statues of Adolf Hitler in Germany. It would be unreasonable for people to try to romanticize this period, because there was this calculation.

In the United States, we have not. There are no museums that honestly speak in detail about the legacy of slavery. [Authorâ€™s note: Except, Iâ€™d argue, the Legacy Museum and the Smithsonianâ€™s National Museum of African American History and Culture.] We have the opposite. We actually create plantations that idealize this pre-war era.

And so, I believe we need to create spaces that approach this story more honestly. We started this process in 2018, and I was very encouraged by the level of interest the memorial generated in the first museum, but felt we had to expand it as there was so much more to say. There is no place in America where you can have an honest exploration of the transatlantic slave trade. We haven’t talked about the violence of slavery, the details around the lynching, the angst and resistance to civil rights, and certainly nothing to do with this contemporary moment of over-incarceration.

And I think part of our problem is that we’ve been so silent, in cultural spaces, about the importance of historical examination and memorization. We believe in commemoration in America. We have a 9/11 memorial, less than a decade after that incident, so it’s not that we don’t recognize the power of these institutions. We just didn’t create them when it comes to examining the legacy of slavery, lynching and racial injustice.

I remember in 2018 when I was driving between Birmingham and Montgomery to cover the opening of the original Legacy Museum and the National Peace and Justice Memorial for Rolling Stone. And I noticed that giant confederate flag along I-65 [flown by the Sons of Confederate Veterans] – you know who I’m talking about.

It reminded me of what you are talking about. As I said in the play, we deliberately commemorate.

I remember in Just mercy you mentioned the Atticus Finch [memorial and the To Kill a] Mocking bird Museum. You know, a museum dedicated to a [white] fictional character who did not save his black client (laughs). This memorialization that is done in this country between plantations, the Mockingbird museumâ€¦ this memorialization of white virtue without regard to black bodies is epidemic at this stage.

Yes. And this is a real problem. I think people did not appreciate the barriers that this creates in order to progress. And you’re absolutely right, the southern United States is full of iconography designed to commemorate and honor the architects and defenders of Confederation.

When I moved to Montgomery in the 1980s, it was a town that had 59 Confederation markers and memorials, and you couldn’t find the word slave or slavery or slavery anywhere in that town. And, uh, I still live in the state where Confederate Memorial Day is a public holiday, where Jefferson Davis’ birthday is a public holiday. We don’t have Martin Luther King Day in Alabama. We have Martin Luther King / Robert E. Lee Day.

That giant Confederate flag is still on Interstate 65, and I don’t think until we fix these issues we’ll get to where we need to go – because they’re more than just simple tokens. They are the symbols of a false narrative of the virtue of racial hierarchy, of the acceptability of white supremacy.

I think cultural leaders and institutions have, in many ways, been complicit in not creating an honest account of this story. And that’s why I think there’s a lot of work to be done in America’s cultural spaces.

To hear the rest of the conversation, Click here. So do not hesitate to subscribe Vox conversations to Apple podcasts, Google podcasts, Spotify, Stapler, or wherever you get your podcasts – so leave us a five star rating, if you’re that kind.

Also, we want to hear from you! Please email us your thoughts and ideas at [email protected], and let us know who and what you would like to hear about the program.