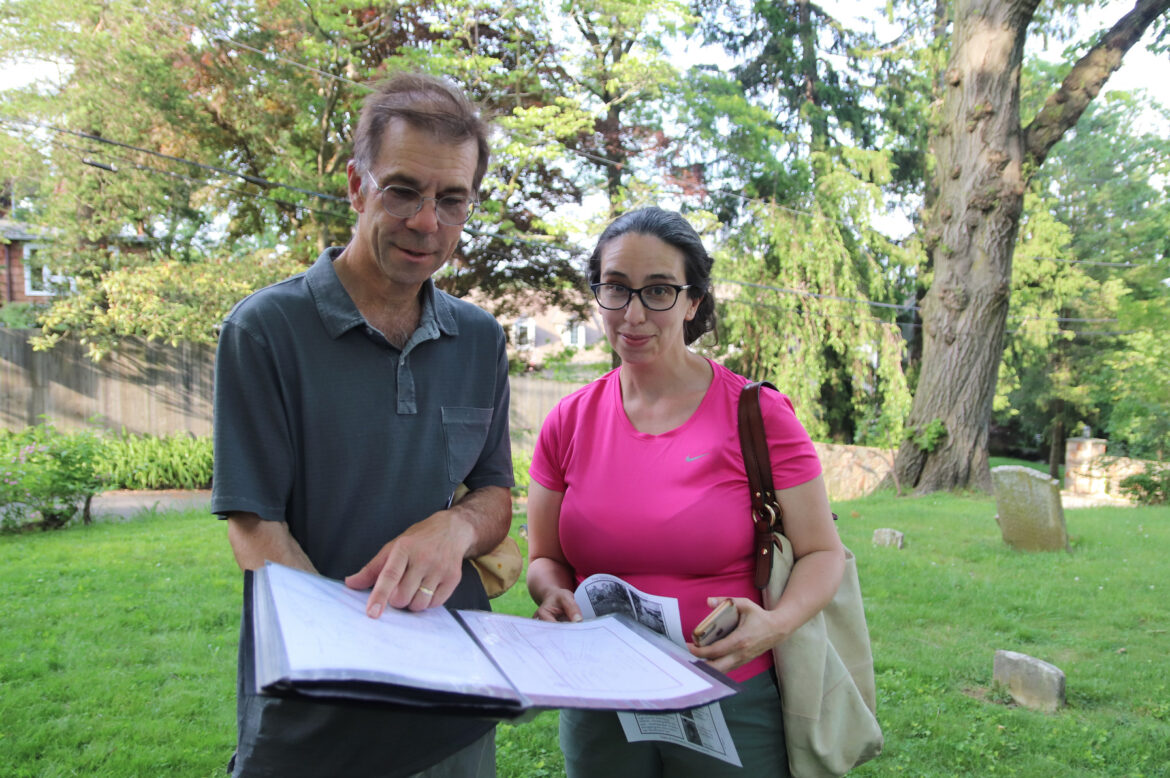 To be precise, there are three cemeteries: the larger cemetery in Byram, the smaller cemetery in Lyon on the side, and the African-American cemetery, historically called the colored cemetery.

The colorful cemetery was created by the Lyon family as a sacred burial place for their slaves, ex-slaves and descendants of slaves to rest in peace. But this cemetery, located below the Byram and Lyon cemeteries, was the subject of much controversy until in 2018 a stipulation from the state’s Superior Court settled the matter.

Prior to the stipulation, there was no clear ownership of the three cemeteries, and they had no formal protection.

In accordance with the stipulation, the town of Greenwich officially became the owner of the three cemeteries. Also under the agreement, the city waived a 14-foot-wide driveway to the plaintiffs, the Stewarts, who have since sold their property. In addition, in accordance with the stipulation, the city removed boulders from the cemetery and built a low stone wall to mark the boundary between the Stewart property and the city-owned cemetery. The city was allowed to use existing stones found on the property to build the wall. This work has been done.

Finally, as per the stipulation, the city was required to pay for a plaque commemorating the Byram African-American Cemetery and place it either on the stone wall or on a rock.

That hasn’t happened yet, but Mr. Popp said he believed it was happening.

This is just one of Popp’s concerns.

During the walking tour, he said that while the city’s Parks and Recreation department mowed the cemetery and removed leaves in the fall, he and his daughter Grace had also mowed and recently cleared a thicket that had grown on the tombstones.

In fact, there is a history of volunteers taking care of cemeteries. In 2016, GFP interviewed Carolyn Antonik who lived in James Lyon’s historic house circa 1750, adjacent to the cemeteries. She said her husband Chris, who died on January 29, 2015, mowed and maintained the cemeteries for 30 years.

In fact, in the summer of 2016, Ms Antonik appeared before the Board of Selectmen to say that since her husband’s death, weeds in the cemetery had grown 3 feet tall.

From there, the theme of ownership and responsibility took off.

This week, Mr Popp said the house owner who replaced the Antoniks’ James Lyon house had paid a crew to mow it once or twice. Then Popp started bringing his own mower.

During this process, he witnessed the impact of nature and gravity on the tombstones. He surmises that some stones may have already been swallowed by the ground and would like to know the cost of ground penetrating radar to answer this question.

In addition, he would like the city to put in place a maintenance plan for the cemetery in the future.

In particular, he would like to see a line in the city budget.

“Even if it’s only $100, you know you have a place for it in the budget every year,” Popp said. “A lot of people don’t even know about (the cemetery).”

Popp said another part of an ongoing care plan could deal with what he called double stones that seem to be pressed against each other to hold them in place.

“There are probably half a dozen rocks that are in critical need of action in the next three months,” Popp said, pointing to rocks that have rolled over or are disappearing as the earth develops over them. .

“Are we allowing that?” He asked. “If they say yes, then I’m okay with that, but there’s no plan. They can’t be champions of history, conservation and preservation without thinking about some of the problems here. Maybe they need to pay a visit. Four years have passed since the August 2018 stipulation that resulted in the town being taken over.

Popp says he likes to see the stones preserved, and if possible restored.

He said the HDC had a cemetery committee that researched the deeds extensively.

He said he would like the city to apply for a grant to preserve the stones.

“I hope the city, with all of its departments, committees, and commissions, will recognize the responsibilities of owning the property, as ordered by the Connecticut Superior Court, and create a clear vision for how to protect and preserve the cemetery for future generations,” says Pop. “Like, what do you do if one of the (tombstones) falls? You need a plan for that, including maintenance of the stone.

Popp said he speaks frequently with the descendants of those buried in the cemetery, and he said they were in favor of picking up fallen stones and cleaning up lichen, although there may be other people there. believe that nature should take its course.

“My intention is to put it on the city’s radar,” Popp said, adding that he hoped the topic could be on the agenda for this week’s Conservation Commission meeting.

“It’s municipal property. The city needs to do something about it,” he said. “They need a long-term preservation plan. You don’t want to lose any of its history. For 20 years, there has been writing on stones that can no longer be read.

“Dutch is a rich and instructive language. There’s so much historical context’