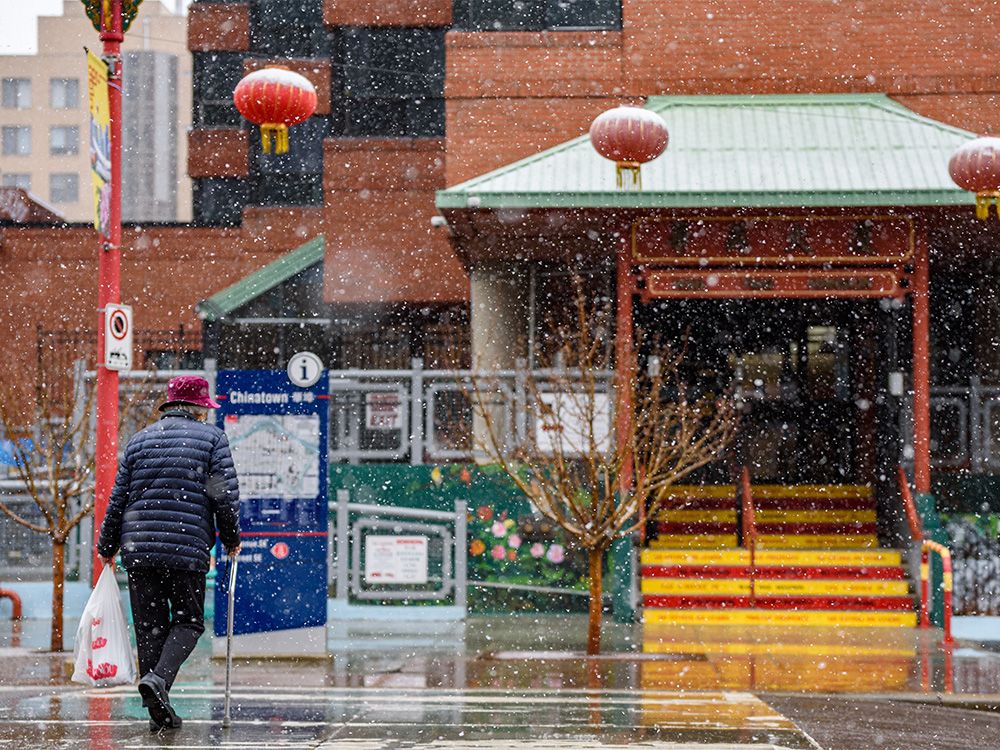 The city council’s executive committee has approved a request for additional funds of $250,000 for a Chinatown revitalization program.

The one-time budget increase is intended to bolster the work of the Tomorrow’s Chinatown program as it completes projects on the Chinatown Cultural Plan, the Area Redevelopment Plan and the renaming of James Short Park and Parkade. The scope of the program was expanded in 2020 with no new resources or funding, the city administration said at Tuesday’s executive committee meeting.

The renaming of James Short Park and Parkade, the development of a streetscape concept plan for Center Street S., and a 3rd Avenue dynamism project were all added to the Tomorrow’s Chinatown program mandate at various council meetings in 2020. City administrators said the extent of the expanded scope was not fully understood when the program’s budget was discussed that same year, but they have now “addressed” some of the costs.

Wong said it will be important for Calgarians to see the contributions the Chinese community and Chinatown have made to the city throughout its history, which will be highlighted in the project.

“We look forward to having the Tomorrow’s Chinatown cultural plan and the area plan that will see the future of Chinatown,” Wong said.

“Understanding communities is very important not only in terms of who lives, works and plays there, but also in terms of the nature and fabric of the community.”

Com. Gian-Carlo Carra said the project team now had to have some tough conversations and come up with a clear plan.

“It’s money well spent. And it is important work. But one of the things we need to take from this is to understand what we want the future of Chinatown to be, from the perspective of people and places,” Carra said.

Both administration presenters said preservation and future growth were important issues and were raised during the public engagement. They also said the job turned out to be more complex than expected.

“It takes time and patience. So as a program team, we had to be very nimble but also willing to respond to the community’s desire to keep the program community-centric,” Kathleen said. McMurray from the city’s arts and culture department.

“An important thing that we have also realized is learning that we need to approach communities that have experienced historical and systemic racism and exclusion differently. This adds a different complexity and purpose.

The team listened to community members and didn’t rush projects just to meet a deadline, she said. Completed projects are expected to be presented to the infrastructure and urban planning committee no later than the fourth quarter of this year.

Wong said that’s also when the city can expect an announcement on the name change of James Short Park and Parkade, which is being changed due to the history of anti-Chinese racism of its namesake.

“There is a lot of thoughtful process to go through and everyone will have a different perspective as to what that honorable name would be to come up with? Whether it’s a person’s name, an important episode in Calgary’s history, or just a nice feeling, like harmony, for example,” Wong said.

After some discussion, the executive committee voted 12-0 to approve the recommendations for further discussion at the next combined board meeting scheduled for May 10.

Sign up to receive daily news from the Calgary Herald, a division of Postmedia Network Inc.

Thank you for your registration!

A welcome email is on its way. If you don’t see it, please check your spam folder.

The next issue of Calgary Herald Headline News will soon be in your inbox.

We encountered a problem during your registration. Try Again

A historic mansion in Gorgan is transformed into a traditional cafe