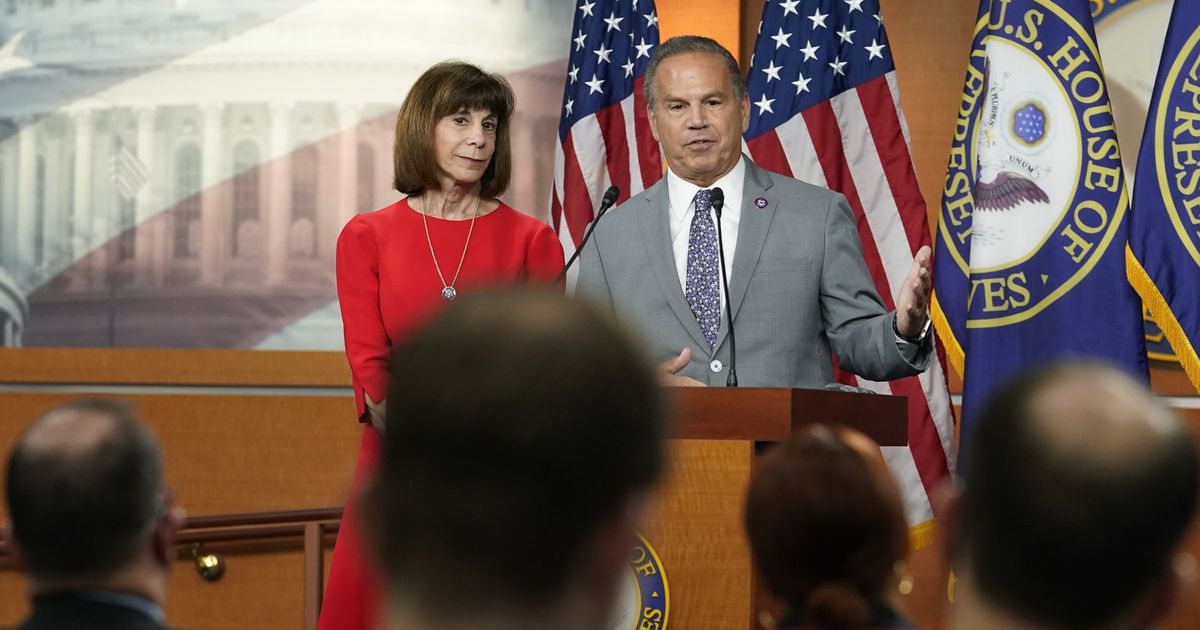 A strong new argument for Congress to help save local journalism has come from an unexpected source.

The US Copyright Office has just refused to help struggling publishers, after a group of senators asked if copyright protections for news could be strengthened.

That leaves Congress, and a critical bill set to resurface next week, as the best hope for publishers seeking fair compensation from tech platforms making billions on their news content.

Meanwhile, local newspapers are failing at the rate of two a week, misinformation is thriving, and Americans are losing their ability to have reasonable conversations about what’s happening in their community and country.

Recognizing this crisis, senators last year asked the Copyright Office to study whether it could strengthen protections for news content. This would be similar to efforts in Europe to get tech companies aggregating news content to pay for its use.

The office weighed the options, heard from publishers and platforms, and then spoke out against the changes.

In short, he referred the matter to Congress.

At least the timing is right.

Two proposals to help save the press are at hand.

One would provide short-term tax credits for hiring and retaining local journalists. It has less and less chance of being included in the next budget reconciliation package.

The other would give media outlets, especially smaller ones, more leverage in negotiating content licensing deals with tech giants. A strengthened version of that bill, the Journalism Preservation and Competition Act, is expected in the House next week.

The JCPA is similar to policies adopted in other Western countries where policymakers believe that local information must be safeguarded to preserve their democracies. They decided that federal intervention was needed to help the media succeed in a digital market skewed by a few monopolistic companies.

After Australia last year gave publishers large and small more leverage to negotiate with platforms, all but a few have secured regular payments for their work. Canada is pursuing a similar policy, while publishers in Spain and France have entered into agreements with platforms.

For rigs, this pays for the hardware they took for free, which adds a relatively small expense line.

For small news outlets, getting paid by big corporations will save jobs and keep the lights on. Most can’t afford an adequate newsroom and wonder which cities and counties they can no longer cover, and how many voters they’re leaving in the dark.

Wherever this happens, platforms use a similar playbook to resist or weaken policies.

They threaten to abandon services and sow doubt, confusion, and picky criticism through allies and grantees at universities and nonprofits. They also say that these approaches will break the internet, which is getting silly now that they are paying in several countries where this terrible prediction has been proven wrong.

The Washington congressional delegation is overwhelmingly in favor of the tax credits and the JCPA, as is the Senate leadership. But as I said last week, it always helps if they hear voters encouraging them to implement these policies.

The Copyright Office report provided a primer on why publishers struggle to build businesses online. This makes a particularly strong argument for the JCPA.

Although news content is protected by copyright law, it is complicated by fair use provisions. The media are also trapped: to succeed online, they have no choice but to use the tools and services of the dominant technology platforms.

“The effectiveness of all of these protections appears, at least to some extent, to depend on the competitive landscape,” the report says. “Publishers may have difficulty requiring news aggregators to pay for using news content because of disparities in bargaining power.”

It seems to me that the publishers are right to challenge “fair use” by aggregators.

A fair use test measures how much material is used – are you quoting something or sharing a fact, or reposting millions of excerpts so billions get the essentials for free? Another considers the harm done to content creators, which is clear as thousands of newspapers have closed and two-thirds of newsroom jobs have disappeared over the past 15 years.

To settle this would require an expensive lawsuit. Even if a publisher had resources and resolution, there is another flaw noted in the report.

The Copyright Office has not yet created a system for newspapers to register dynamic works online, such as websites where articles are constantly updated.

It’s a “huge problem in the content world,” said Keith Kupferschmid, CEO of the Copyright Alliance, a group representing publishers, musicians, artists and other content creators.

“The Bureau takes these concerns seriously and is considering how best to address them as part of its ongoing modernization initiative,” the report said.

Asked about a timetable and when this work could begin, a spokesperson for the Copyright Office sent a statement repeating this line from the report verbatim.

Add that to the to-do list, after Congress passes tax credits and the JCPA.

There is no single solution to save local journalism. Several things are needed to avoid further shutdowns, support newsrooms, and pursue sustainable business models.

Meanwhile, more and more people will fuel their diets with snippets found online, including snippets of news stories skimmed and shared by wealthy and powerful tech giants.

It can’t last much longer.

“Eventually the aggregators won’t have anything to distribute,” Kupferschmid said, “because there won’t be any more newspapers there.”

on Twitter: @BrierDudley. is editor of the Seattle Times Save the Free Press Initiative. His weekly newsletter: https://st.news/FreePressNewsletter. Contact him at [email protected]

10 Nashville Suburbs Worth Leaving Town For