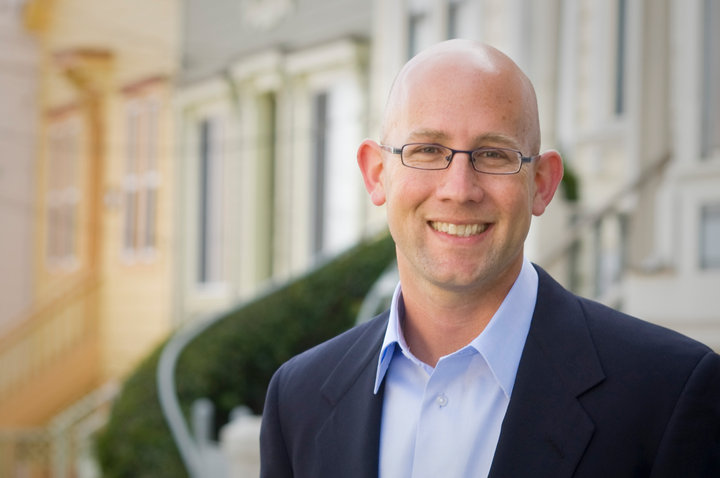 Supper. Rafael Mandelman today pushed his new legislation that would require the city to provide at least temporary shelter to everyone living on the streets, a step that some say will lead to more homeless sweeps and do nothing to create permanently affordable housing.

During a hearing before the Public Safety and Neighborhood Services Committee, Mandelman used strong and in some cases harsh language about the plan and its critics.

“Encampments are not acceptable,” he said. “We should pursue the end of encampments in San Francisco. This should be a high priority. The Coalition on Homelessness is not our friend in this effort; it is our adversary.

The measure is endorsed and promoted by Rescuesf, a conservative group.

The Coalition has argued for years that the solution to homelessness is housing, not temporary shelter, which may never lead to housing.

In fact, since there is no source of funding in Mandelman’s bill, the cost, which would certainly be in the hundreds of millions of dollars per year, could divert resources from housing construction. permanent social.

The measure would require the Department of Homelessness and Supportive Housing to assess the number of homeless residents who would accept a bed in a shelter. Then the department would have 36 months to come up with a plan to create enough space for those people, and the superiors would have to find and approve the funding.

Supper. Myrna Melgar requested a few key changes: She said MSM’s assessment should include not just temporary shelter, but the need for permanent, supportive housing — and that any money currently earmarked for new affordable housing should not be diverted to shelters. “I don’t see the Coalition as my opponent on this,” she said.

Mandelman opposed both amendments and asked the committee to substantially approve the measure as he presented it. But the panel voted 2-1 to approve Melgar’s amendments, with chair Gordon Mar and member Connie Chan in favor and member Catherine Stefani in opposition.

Since the amendments were substantial, the measure must be continued for two weeks until the next committee meeting.

In public comments, several people noted that the shelters never worked; they fill up, and more people become homeless, and the cycle doesn’t stop.

The evening before, a very different picture of the housing and homelessness crisis emerged, with a type of political solutions that could help limit or end the new homelessness in San Francisco.

The Council of Community Housing Organizations, as part of Affordable Housing Week, put together a program that addressed an extremely important issue: how to get existing affordable housing off the speculative market so that it remains affordable forever .

I like to say that my first rule of housing policy in San Francisco is Do No Harm; that is, stop making things worse first. And much of what the city is doing and has done over the past two decades has made the situation worse.

What the speakers on the CCHO panel discussed was preservation, that is, to do no harm. They weren’t talking about architectural or historical preservation; they recognized that in an affordable housing crisis, the cheapest and most important housing is the one that already exists.

People become homeless, or are forced out of town, when rent-controlled housing is converted into condos or ICTs, or when landlords find ways to evict people for often bogus “landlord moves in” or citing minor infractions, or making life so miserable that tenants have to leave.

As long as the state legislature is in the pocket of the landlord lobby and won’t let cities effectively control rents or evictions, the only way to stop this is to pull housing out of the private sector.

Chris Cummings, director of housing development at the Tenderloin Neighborhood Development Corporation, said about 15% of the city’s current housing stock is protected from private speculation. Community advocates, he said, would like to see that double, to 30%, by 2030.

That doesn’t mean the city shouldn’t also seek to increase the total stock of affordable housing by funding new construction. But taking over existing properties and moving them to not-for-profit, co-op, or landholding models is a key part of the overall picture.

“Preservation hasn’t been encouraged as much as building new housing,” said Karoleen Feng, director of community housing at the Mission Economic Development Agency.

The Community Opportunity to Purchase Act, which requires anyone putting residential real estate on the market to notify the mayor’s housing office, which then notifies nonprofits that there are properties available, is a good idea. But about 750 properties a year make it onto the COPA list — and for every one that nonprofits can save, 39 are lost to the private market.

The city needs to double or triple its efforts to turn private property into social housing, panelists said.

This is essential for many reasons. Zach Weisneburger, a policy analyst at Young Community Developers, noted that sufficient funding for housing preservation “would slow down the emigration of the black population.” Feng added, “the reality of preservation is the preservation of the city’s cultural fabric.”

And it’s not impossible. The nine nonprofits that are currently in the business could grow quite quickly, if the money was there.

Saki Bailey, Executive Director of the SF Community Land Trust, said the money Prop. I that the mayor refuses to spend could provide $170 million a year in funding for the preservation of affordable housing. “If we actually used Prop. I, we could expand the program,” Bailey said.

And at some point, the money for housing preservation starts to pay for itself and become sustainable. The people who live in these units, whether they are affordable non-profit units, land trusts or co-ops, pay rent every month. Public money is needed to get things started, that is, to buy the property.

I asked the panelists what it would take to get to the level the city needs, and that sounds like a big number — between $250 million and $500 million a year.

But that’s not really a big number, given that Prop. C and Prop. I’s already on the order of $200 million or more a year, and an empty house tax could add maybe another $25 million, and a potential gross receipts tax on homeowners could bring in even more more.

That doesn’t count what the city could get from a large affordable housing bond.

And that’s not counting the $60 billion in state budget surpluses that our local Assembly and Senate representatives could demand be sent to cities for affordable housing.

It is therefore possible. Preventing homelessness and preserving affordable housing is just a matter of political will.

And maybe if the supes want to crack down on “encampments” and force homeless people into nasty, nasty shelters, then keeping more people off the streets should be part of the picture.