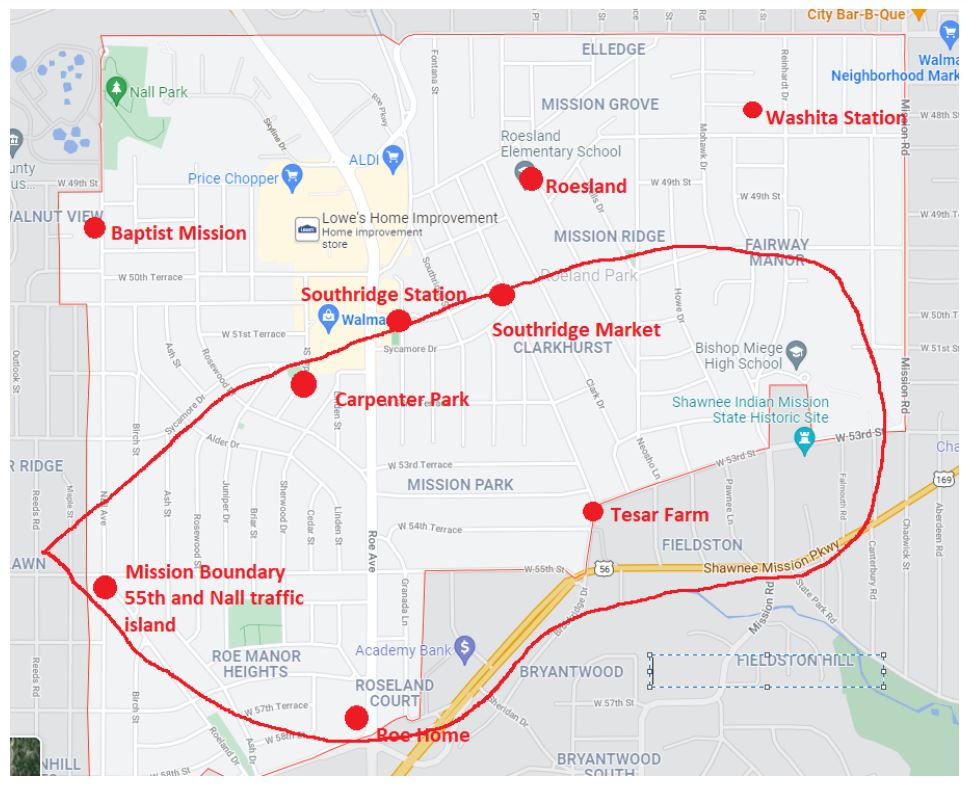 ROELAND PARK, Kan. – Residents and Indigenous advocates are calling a proposal to place historical markers throughout Roeland Park a misrepresentation of history.

The Roeland Park Historical Committee recommended that the city install a series of historical signs. City Council considered a proposal on Monday to place signs at eight historic sites in Roeland Park, including:

Robert Hicks Jr., president of the Lawrence Native Community Center, said the Shawnee tribe was not consulted on the project and the proposed signs did not accurately describe the treatment of Native children in mission schools.

Prairie Village to send up to $10,000 worth of radios to Ukraine

According to city documents, the committee recommends that the sign dedicated to the Shawnee Methodist Indian Mission boundary be placed on the traffic island at the intersection of Nall Avenue, Roeland Drive and 55th Street. The proposed sign would read:

“In 1839, what is now Roeland Park, was home to two “Native American missions”, the Shawnee Methodist Mission and the Shawnee Baptist Mission. The Methodist Mission grounds eventually comprised approximately 2000 acres and covered 70% of Roeland Park in Hundreds of acres were covered with crops, orchards and ranches Students from the Shawnee and many other Native American tribes learned the skills of subsistence farming on the frontier Three of the 17 buildings original still stand at 53rd & Mission Rd. This location marks the westernmost boundary of the mission grounds.

Monique Mercurio is vice-president of the Native Community Center and a member of the Costanoan Esselen Ohlone Nation.

“By endorsing these signs, you are perpetuating the mental and emotional abuse of Indigenous people. You keep manipulating [the] the history of indigenous peoples,” Mercurio said. “Your attempts to gaslight the descendants of the inhabitants of this land will not be tolerated.”

Miel Castagna-Herrera said she believes the language of the proposed signs only highlights the contributions of white founders and ignores the experiences and contributions of Indigenous and minority peoples.

“There are so many places on the plates that you miss the mark. Racial redlining is not a side note here. It could be a plaque wall on its own,” Castagna-Herrera said. “Racial alliances are not a fun fact to put on the bottom of a plate, it’s part of the culture here. It’s not gone, it’s still a possibility, because there is not enough money to win.

FOX4 Newsletters: Sign up to get news updates delivered to your inbox

The historical committee estimates that it would cost the city approximately $19,220 to obtain the eight panels.

No official action has been taken regarding the installation of the historical signs. Deputy city administrator Erin Winn said council will continue discussion of the historic signs at the next regular city council meeting on Monday, May 16.