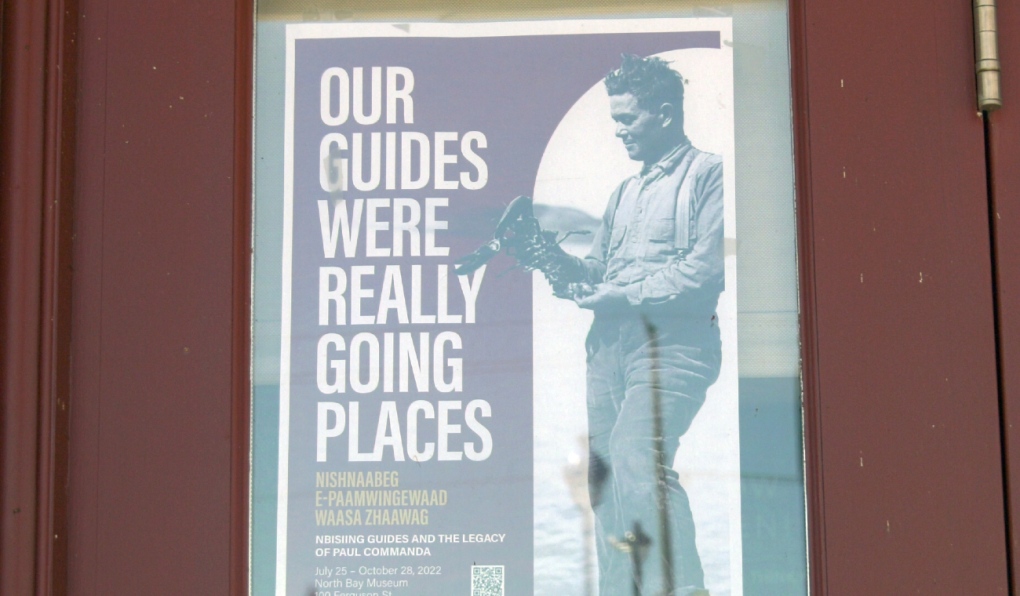 The new exhibit at the North Bay Museum invites people to learn more about the history of Indigenous peoples.

It’s called Our Guides Are Really Going Places and goes through Paul Commanda’s expeditions and shows his legacy.

“I’m very lucky to have had a grandfather, you know he must have been very smart,” said Audrey Harney, Commanda’s granddaughter, who was at the museum on Friday.

“He’s been all the way to these lakes and finding these portages from lake to lake, to me, it’s very amazing.”

The exhibit is a collaboration and partnership between the North Bay Museum, Nipissing First Nation, Dokis First Nation, Nipissing University, and the Carnegie Museum of Natural History in Pittsburgh.

“If reconciliation is really going to happen in this country, I think it is the duty of Canadian citizens to learn more about history and understand not just the dark parts, but the rich history of our nations, which happened before colonization,” McLeod said.

One of the main researchers behind the exhibit, Joan McLoed Shabogesic, said it was important to bring this story to light.

“This is the first episode of who the people are, and trying to introduce them to people here in North Bay, Sturgeon Falls and around the world,” the researcher added.

“So I really think it has a flavor that people could pick up on.”

The exhibit will also be shown at museums in Sault Ste. Marie and Timmins.