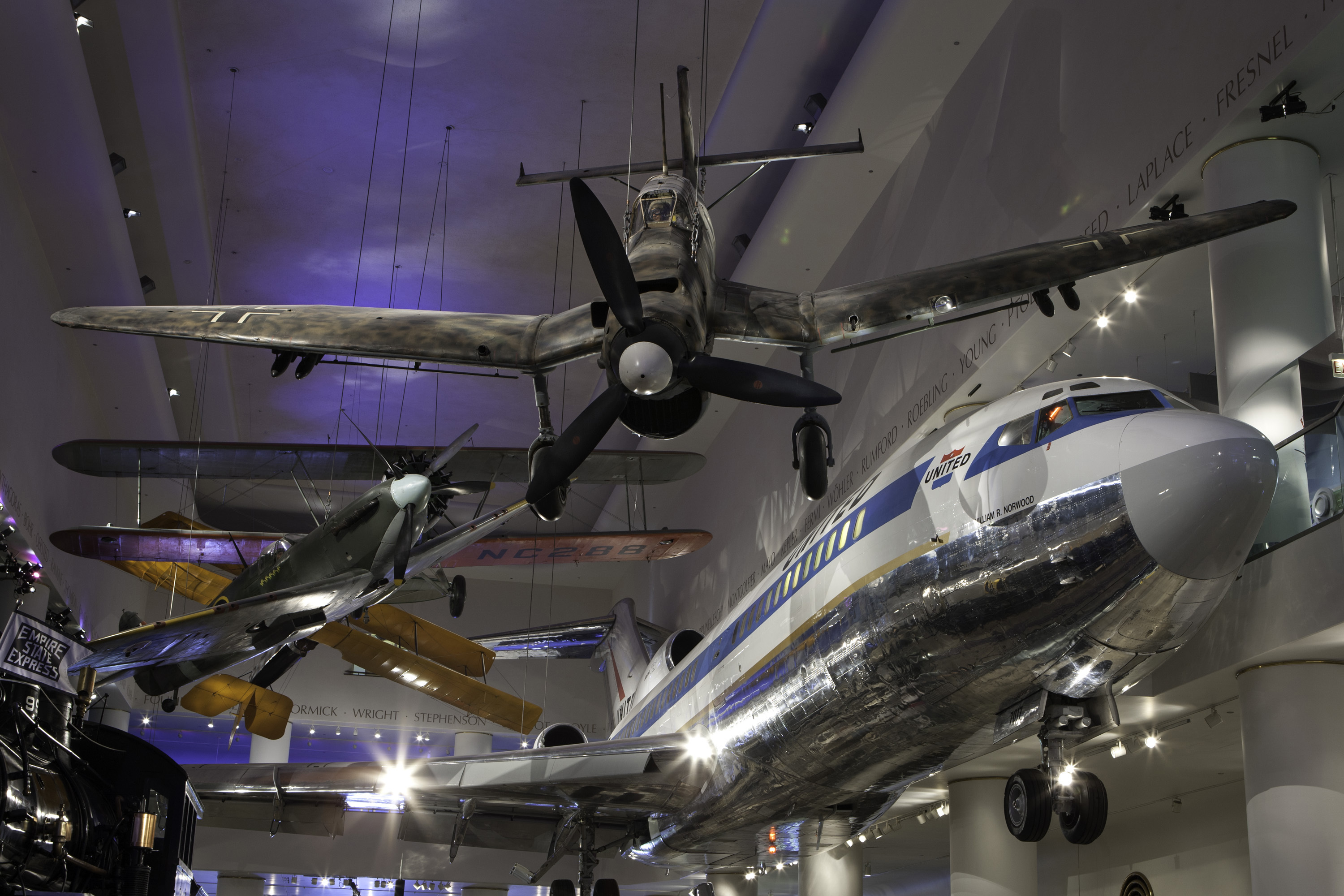 The Museum of Science and Industry is a place dedicated to understanding the world around you, whether you are exploring the forces of nature in “Science Storms” or taking a stroll around the gigantic German submarine U-505 . But when we’re not caught up in the interactive exhibits that fill this huge Hyde Park institution, sometimes we find ourselves thinking about the stories behind some of the museum’s most famous exhibits and the historic building that houses them.

To uncover some secrets of the Museum of Science and Industry, we consulted with Dr Voula Saridakis, who works as a curator and describes herself as the “voice of the artefacts” that inhabit MSI’s vast collection. Through years spent working in construction, she also learned the history of MSI and was able to reveal little-known facts about the exhibits, the museum’s origins, and the rarely seen items that are stored in her collection.

How the vortex works in “Science Storms”

Since opening as a permanent exhibit in 2010, the 40-foot vortex of the “Science Storms” exhibit has grown into one of the museum’s most iconic exhibits. But how did the museum manage to create a gigantic rotating column of visible air? According to Dr Saridakis, this is accomplished using two Volkswagen Bugs-sized fans that create the rotating airflow, one placed above and one below. â€œThe visible part that people see is a fine mist of water created by 48 ultrasonic foggers that are in a small puddle under the ground grid,â€ explains Dr Saridakis. A series of levers allow visitors to manipulate shock absorbers that control the shape of the air column, and you can also walk through the vortex (don’t worry, you won’t be blown away).

The building that houses MSI was originally the Palace of Fine Arts during the 1893 World’s Fair in Chicago. â€œUnlike all the other buildings at the fair which were constructed with temporary materials and plaster, the Palace of Fine Arts was built with a durable brick substructure, as artists and sculptors did not want to risk damage their art in the event of fire or other disaster, “says Dr Saridakis. When the building was transformed into MSI in 1933, the architects constructed a structure around the foundation of the original building, using Indiana limestone to create an exterior echoing its Beaux-Arts design. The north entrance to MSI was originally the main entrance to the museum, fitted with Art Deco elements that refer to the institution’s connection to science, technology and industry. This includes imposing bronze doors fitted with panels depicting scientific disciplines as well as interior plaques depicting Greek gods associated with science. While the portico no longer serves as an entrance to the museum, you can peek through the glass doors on the main level and admire the vintage decor.

A rare radioactive toy in the museum’s collection

With over 35,000 objects in its collection, MSI has a wide variety of rare artifacts, most of which are not on display to the public. One of the most interesting pieces acquired by the museum is an atomic energy laboratory made by AC Gilbert, the same company that introduced the mounting sets. Also known as “the world’s most dangerous toy,” the company produced around 5,000 atomic energy lab units between 1950 and 1951, selling them for $ 50 (which equates to over $ 500 today). hui). The lab is equipped with equipment, including a fog chamber that lets you see the decay of alpha particles and a battery-powered Geiger counter. It also includes a selection of low-level radioactive sources and uranium ore samples, housed in plastic jars and discs. “There is a lab that did experiments to find the level of radiation from these samples,” says Dr Saridakis. “This is the equivalent of a day of UV radiation from the sun, provided the samples are not opened.”

How a Boeing 727 got moved around the museum

A Boeing 727 aircraft suspended from MSI’s third-floor balcony acts as the centerpiece of the museum’s newly refurbished “Take Flight” exhibit, allowing visitors to climb inside the vintage aircraft and observe some of its inner workings. Prior to arriving in Chicago, the plane flew commercial flights for United Airlines between 1961 and 1991, carrying around 3 million passengers to their destinations. The decommissioned plane landed at Meigs Field in 1992 and was put on a barge bound for Indiana, where it was stored until it was brought back to a beach near MSI in 1993. Just like the U-505 submarine 40 years ago, the plane had to be moved to Lakeshore Drive, but that wasn’t the hardest part of the 727’s journey. “To get it into the museum, they had to remove the wings and tail as well as one of the 32-ton Ionic columns at the western entrance, â€explains Dr Saridakis. Once the aircraft was in the building, it was reassembled and mounted in its current position.

The secret location of a former MSI president’s office

As president of MSI from 1940 to 1968, Lenox R. Lohr oversaw the launch of several cutting-edge exhibits that defined the museum, including the U-505 submarine and the annual “Christmas Around the World” exhibit. He worked in an office located just inside the entrance to what is now the “Extreme Ice” exhibit, in a space that has been converted into a meeting room that is used by museum staff for meetings. private events and meetings. The space occupied by the conference room served as Lohr’s field office, which, according to Dr Saridakis, is “demonstrated in [a] bird’s-eye view of the space, where you can see several chairs for the guests as well as three desks for the secretaries, as well as three chairs and three ashtrays, for it was after all the 1960s. â€A door in the corner of the meeting room leads to a section of what was once his interior office – the other part of Lohr’s former workspace now houses the Silver Elevator bank which takes guests from one floor to the next. other from the museum.