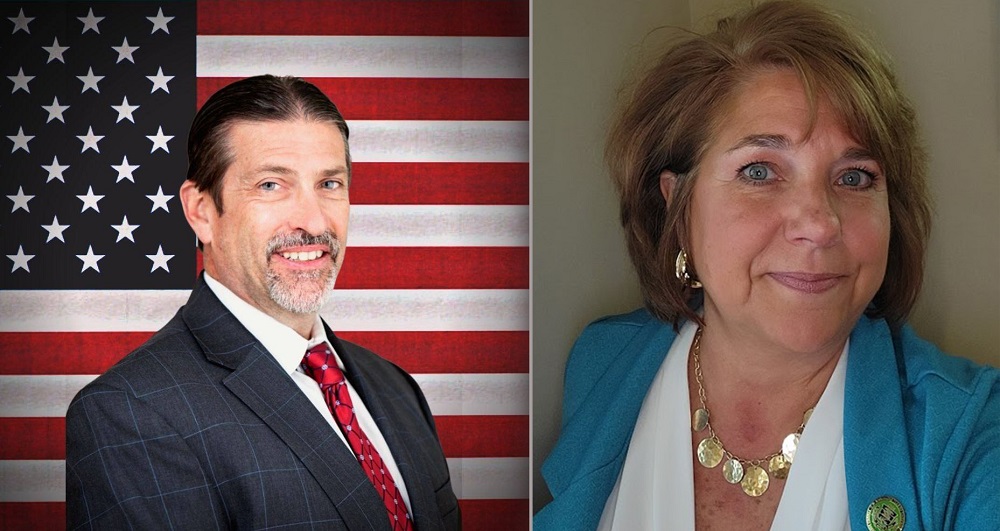 Each candidate shared their answers about their relevant background, experience and training, as well as their top priorities in this year’s race.

Election day will be November 8.

Joseph M. Kincaid (R) has resided in eastern Brunswick since 2003. Prior to his retirement from public service in 2021, he worked for three U.S. Department of Justice agencies, including: the Federal Bureau of Prisons, the U.S. Marshals Service, and the Federal Bureau of Investigation. He also served in the United States Army as an Army Reserve Company Commander during his last assignment.

He said he held several volunteer positions in eastern Brunswick.

“I am currently participating as a volunteer firefighter here in East Brunswick for the Brookview Fire District. I volunteer for the non-profit charity group, the International Order of Odd Fellows (IOOF). IOOF supports the annual Veterans Run in Eastern Brunswick, provides funds to residents in need, and supports the Arthritis Foundation and the Multiple Sclerosis Society. I have volunteered in the past as a youth football coach in town and county 4H (youth development program) where my family also volunteered for many years,” Kincaid said.

He explained that his career in government kept him from participating in partisan politics until his retirement. Now that he is eligible, he hopes to serve his neighbors and his community at the local level. He believes his career has prepared him to communicate effectively with people and meet various challenges.

“I am running for city council since I can now participate in local politics and give back to this amazing community. I believe that I can bring my skills to the residents of the community. I have experience in crisis and risk management, in the military, government, private sector, non-profit sector and academia as an adjunct professor.

“During these experiences, I learned to know people from diverse backgrounds and to care about their concerns. This spirit of public service that I carry makes me want to continue to serve the citizens of eastern Brunswick. My desire is to have open and transparent government, clear communication with city residents, and a balanced budget with services for all members of our diverse community,” he said.

Dana Zimbicki (D) is a resident of East Brunswick for 28 years with four generations of her family residing in the township since 1900. She currently works as a teacher and for 26 years taught social studies at Hammarskjold Middle School. She is also president of the East Brunswick Education Association, where she represents teachers and support staff in public schools in East Brunswick.

She holds a Bachelor of Arts in History, Political Science, and K-12 Education. In addition, she holds a master’s degree in teaching, a doctorate in educational leadership, and a K-12 social studies certificate.

For decades, Zimbicki said she was active in the township through volunteer work, community initiatives and local committees.

“I currently sit on the East Brunswick Parks and Recreation Commission. Finally, I served for several years as a member of the Teacher Advisory Council for the New Jersey Department of Education. I’m proud to be able to give back to the community that has done so much for my family,” Zimbicki said.

In February, Zimbicki was chosen to fill Michael Spadafino’s empty board seat. Her appointment to the council marked the first time she had held public office in the township. She described her brief tenure as productive due to tax stabilization, added and repaired infrastructure in local parks, and preservation of “green spaces” in the township.

“My tenure in office has been brief at this point, but there are so many wonderful things we have accomplished…Proudly we have stabilized municipal taxes in eastern Brunswick even during COVID, the chain issues of supply and inflation. In addition, the preservation of “green spaces” is very important to me in order to achieve balance.

“This year we added two new parks and renovated several other parks/playgrounds in eastern Brunswick. Due to my short tenure in this position thus far, I have not had the opportunity to participate in the many wonderful accomplishments that have been offered to us in Eastern Brunswick, but I am thrilled and ready to be a part future achievements,” she said. said.

Zimbicki said smart redevelopment, preserving “green spaces” and continuing to stabilize municipal taxes are at the forefront of his campaign.

She said she is seeking re-election to translate her training and affinity for public service into practical actions that benefit all residents.

“The desire to help, to collaborate, to inform, to defend, to negotiate and to seek consensus has become second nature. I want to use the skills I have learned in my life to help move Brunswick East forward in a positive direction.

“It is important to ensure that public safety, public services, green spaces, businesses, roads, infrastructure, the arts and our Ministry of Aging, to name a few, are taken care of. in charge with responsibility. They are the cornerstones of our magnificent city. However, I know it is equally essential to do so while maintaining stable municipal property taxes. It takes work and “thinking outside the box” to achieve it. I pledge to do so,” she said.