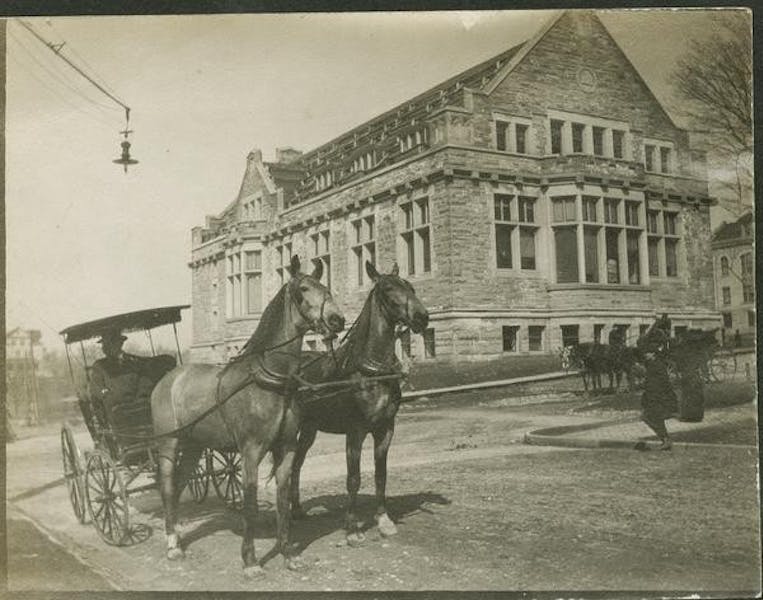 Residents of Bloomington can get a glimpse of what Bloomington looked like a century ago thanks to a recently released interactive map project at IU called Rebuild Bloomington, which displays data on Bloomington in the early 1900s.

John Baeten, visiting professor of geography at IU, published the interactive map from Bloomington. Baeten and his team of 19 undergraduates used historical data to describe Bloomington’s physical and social landscape in 1907.

Baeten’s class of Geographic Information Systems located data from buildings and residents of Bloomington in 1907 to create the map.

â€œWhat’s new is that it was done by a class rather than a big grant or a research institute,â€ Baeten said. â€œI thought this would be a great opportunity for the students to not only understand GIS technology, but also to have an end product that they are really passionate about. ”

What they found were parts of the city unrecognizable from what locals know today, Baeten said.

downtown, the factories on the B-Line trail and 13 buildings on the IU campus marked key differences. Today, the well-known businesses on Kirkwood Avenue were primarily student housing, such as the Soma Coffeehouse building which was a

Baeten said the map data included the location of 2,613 buildings from old fire insurance maps and about 4,500 entries from a 1907 city directory. Baeten’s fall semester class leads a similar project for 1900 and he plans to add another year each semester.

Baeten said he hoped Reconstructing Bloomington could help tackle the lasting effects of historic problems such as housing inequalities and pollution. For example, city planners may know that a playground should not be built on top of an old laundromat that produces toxins.

â€œBloomington is such a transient space,â€ O’Neill said. â€œI can see a lot of students wondering ‘what’s the point of knowing her story.’ But for me, it’s really important to get to know where you live, even if it’s only for a few years.

Christine Friesel, who leads the Monroe County Field Notes project’s research on 19th-century Bloomington, said the combination of information from her and Baeten’s projects would open up the possibility of following the lives of former residents through the centuries.

â€œWe want to layer stories,â€ Friesel said. â€œFinding new ways to display history is the only way we will be able to remember these stories from our community. “

The battle for the future of Frank J. Wood Bridge heads to the First Circuit Court – The Bowdoin Orient