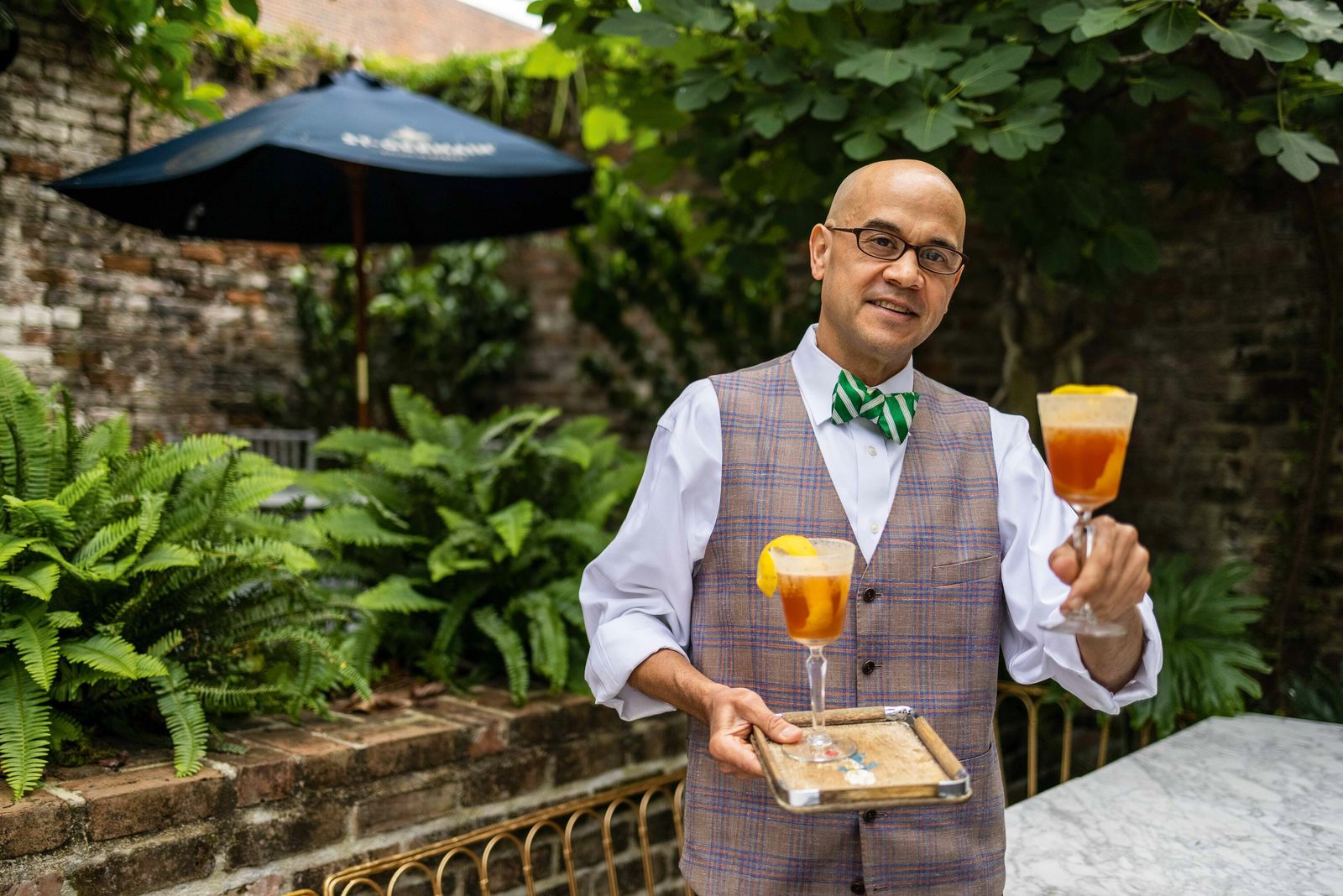 Best for: Old world charm
Bursting with historic elegance, drinkers flock to this refined establishment – part of famous French restaurant Arnaud’s – for its eponymous signature cocktail French 75: a delicate blend of Cognac and Champagne. The ensemble, down to the bar staff in their crisp white tuxedos, looks like a throwback to a sophisticated 1930s Parisian brasserie. Meanwhile, the bar is also home to a little-known secret: Upstairs is a museum unusual dresses decorated with Mardi Gras, collected during the last century.

Best for: Breathtaking views
The Hot Tin rooftop bar offers one of the most amazing views of the city of New Orleans. Situated atop the elegant Pontchartrain Hotel in the Garden District, it is adorned with a wonderfully eclectic selection of paintings, photographs and art (apparently the designers came from Chicago with an empty van, stopping at every thrift store they passed through on their 925-mile journey). Hot Tin is unmistakably a party bar (one of its bestsellers is a fiery tequila act called chasing sunrise), but it also has an impressive selection of delicious mocktails.

Best for: Drinking in the open air
This elegant and elegant establishment – the last cocktail bar in the French Quarter – from the team behind Cure is located in the former home of Antoine Peychaud, the father of the sazerac. A few meters from the Bacchus bombardment of Bourbon Street, its hidden courtyard adorned with fountains (which is part of the Hotel Maison de Ville) looks like a real oasis. The cocktails – crafted by award-winning mixologist Nick Jarrett – are the low-key hit variety. Perhaps start with a peychaud’s fizz, a deliciously refreshing version of a cup of Pimm’s.

Best for: Lonely drinkers
The list of distinguished names who have had a drink at The Sazerac restaurant bar in The Roosevelt New Orleans over the decades – from Orson Welles and John Wayne to Frank Sinatra and Elvis Presley – borders on ludicrous. But this grande dame of New Orleans cocktail-making remains a remarkably laid-back establishment, dominated by its long, curved walnut countertop. A combination of affable and laid back staff and the fact that almost everyone is seated at the bar itself, makes this a superb place to drink solo. The smart money, of course, is on the sazerac itself or the silky ramos gin fizz – shaken (and shaken and shaken) to perfection.

Published in the September 2021 issue of National Geographic Traveler (UK)

Find us on social media

New promise for the preservation of Cumberland wetlands

Conde Nast: Beaufort, SC among the 26 most beautiful cities