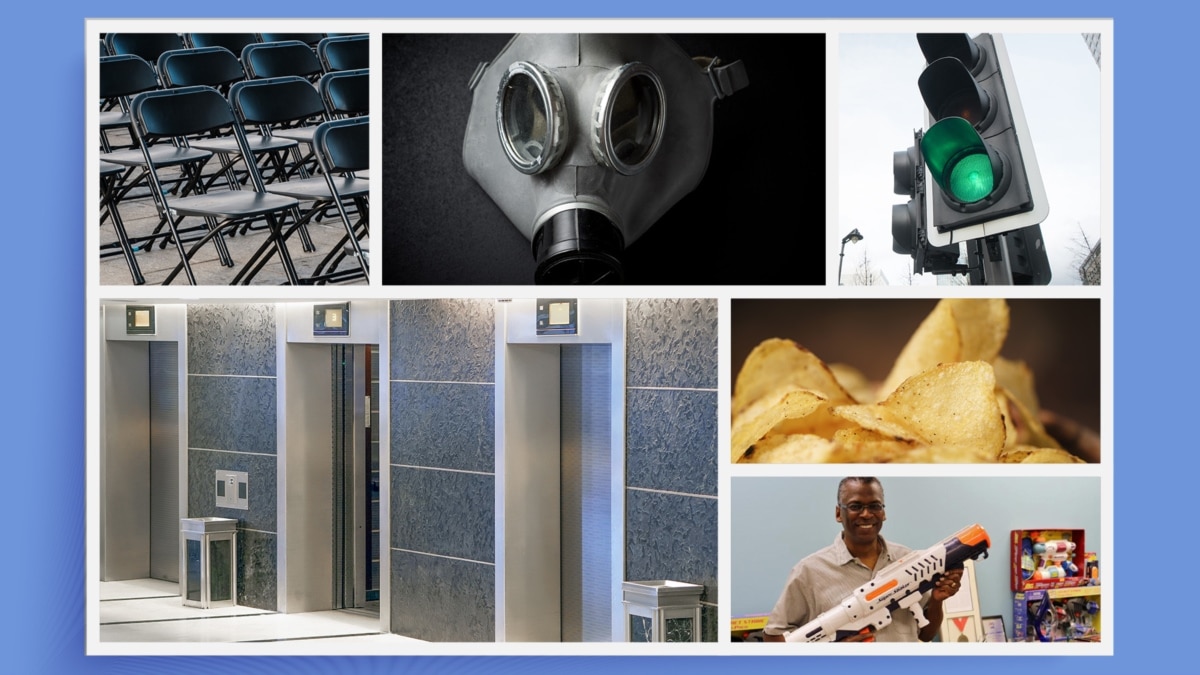 From three-light traffic lights, refrigerated trucks, automatic elevator doors, desktop color monitors, to the shape of the modern ironing board, clothes wringer, blood banks, laser treatment for cataracts, home security systems and super-soaking children’s toys, many of the items and services that Americans use every day were invented by black men and women.

These innovators were recognized for their inventions, but countless other color inventors go largely unrecognized. Others are completely lost in history.

“There have been cases where black inventors were competing with Alexander Graham Bell, with Thomas Edison, where their inventions were just as good and just as transformative, but they just didn’t have access to capital,” says Shontavia. Johnson, an entrepreneur. and associate vice president for entrepreneurship and innovation at Clemson University in South Carolina. “They didn’t have access to all these different systems that the United States puts in place to support inventors.”

Thomas Edison is credited with inventing the light bulb, but it was Lewis Latimer, the son of former slaves, who patented a new filament that extends the life of light bulbs so they don’t go out after A few days. Latimer was granted a patent for his invention in 1882, which countless black innovators of generations before him were unable to do.

Free black citizens could obtain patents from the U.S. Patent and Trademark Office, but enslaved blacks could not. Slavery was not abolished until 1865, with the passage of the 13th Amendment to the US Constitution. Prior to this, the inventions of black innovators were often claimed by their slaveholders or other white people.

Modern research suggests this was the case with the technology behind the cotton gin – a device that separated cotton seeds from their fibers. It was largely innovated by enslaved black people, but a white man named Eli Whitney got the patent for the invention.

“We often think of our country as being that place where innovation and entrepreneurship thrive,” says Johnson. “But when you completely exclude a group of people from access to the patent system, … exploiting their invention, the natural result is that you look at the most important inventors and innovators in American history … and they are just about fter your white inventor stereotype, not because other people weren’t innovative, it’s just that those people were locked out of the patent system.

This early and deliberate exclusion of black inventors from the patent system and, in large part, from the pantheon of great American inventors, was rooted in racist assumptions about the intellectual inferiority of black people, according to Rayvon Fouché, professor of American studies at the ‘Purdue University. in Lafayette, Indiana.

“Invention was seen as this God-given ability. So, as you can imagine, all perceptions, ideas about masculinity, masculinity, power [and] authority are all wrapped up in this view of inventiveness,” says Fouché, who also directs the National Science Foundation’s Division of Social and Economic Sciences. “The inherent understanding of what an inventor is, was, and could be – the framing of that term – has eliminated the possibility for all black people and all marginalized people.”

Black inventors were also less involved in patenting activity between 1870 and 1940, during the era of lynchings, race riots, and segregation laws in the United States.

There were also the black creators who came up with innovations that did not necessarily correspond to traditional ideas of inventiveness.

“For much of our history, when we think of the word ‘invention,’ it’s sort of loaded with these white, Eurocentric notions of what it means,” says Eric Hintz, a historian at the Lemelson Center for the Study of invention and innovation. at the Smithsonian’s National Museum of American History. “Often, the traditional definition of ‘invention’ is something like a machine that saves human labor or animal labor, that performs a task more efficiently.”

This prevented some black innovations from being recognized by the patent system.

“[The patent system] is based on this model which essentially assumes that innovation is desirable when it is linked to a commercial advantage. But if it’s rooted in community survival or societal needs, it doesn’t deserve protection, and we see that in the law,” Johnson said. “There are certain types of things that are patentable, and certain things that are not, and that’s a distinction that I think excludes a lot of people from the ecosystem.”

A New York DJ known as Grandmaster Flash pioneered the use of record decks as an instrument by using his fingers to manipulate sounds back and forth or to slow them down. He had an innovative style of mixing records and mixing beats that pioneered the art of deejaying, but he holds no patents.

“Black people have done a lot of creative and innovative things,” says Fouché. “We can think of all kinds of technological creative things in the context of hip-hop and music production and art in other ways. But of course, the patent office is driven by techno-scientific innovation. And I think part of that is, for me, opening up the conversation about what inventiveness is and can be.

“Certainly the Smithsonian and other libraries and museums have been complicit over decades, over centuries, in privileging white inventors in the things we collect,” Hintz says. “We have a ton of stuff on Edison and Tesla. [electricity] and Steve Jobs [innovator of Apple products and devices] and whoever, but it’s now incumbent on us to make sure we preserve the stories of Madame CJ Walker, Grandmaster Flash, Lonnie Johnson – who invented the Super Soaker, Patricia Bath, an ophthalmologist who invented a way to eradicate cataracts. ”

But the innovation gap persists. African Americans and women still participate in every step of the innovation process at lower rates than their male and white counterparts.

“How do you get more black kids, girls [and] marginalized people in these traditionally white, middle-class, male pathways? says Fouché, emphasizing the importance of stimulating children’s imaginations, despite all the obstacles.

“I’m more interested in saying, ‘Well, what do you want to do? How do you want to change the world? What are the things that make sense to you?’ and just impressing people on the opportunities unlimited…. So don’t limit the possibilities.

What happens when all the student volunteers disappear?