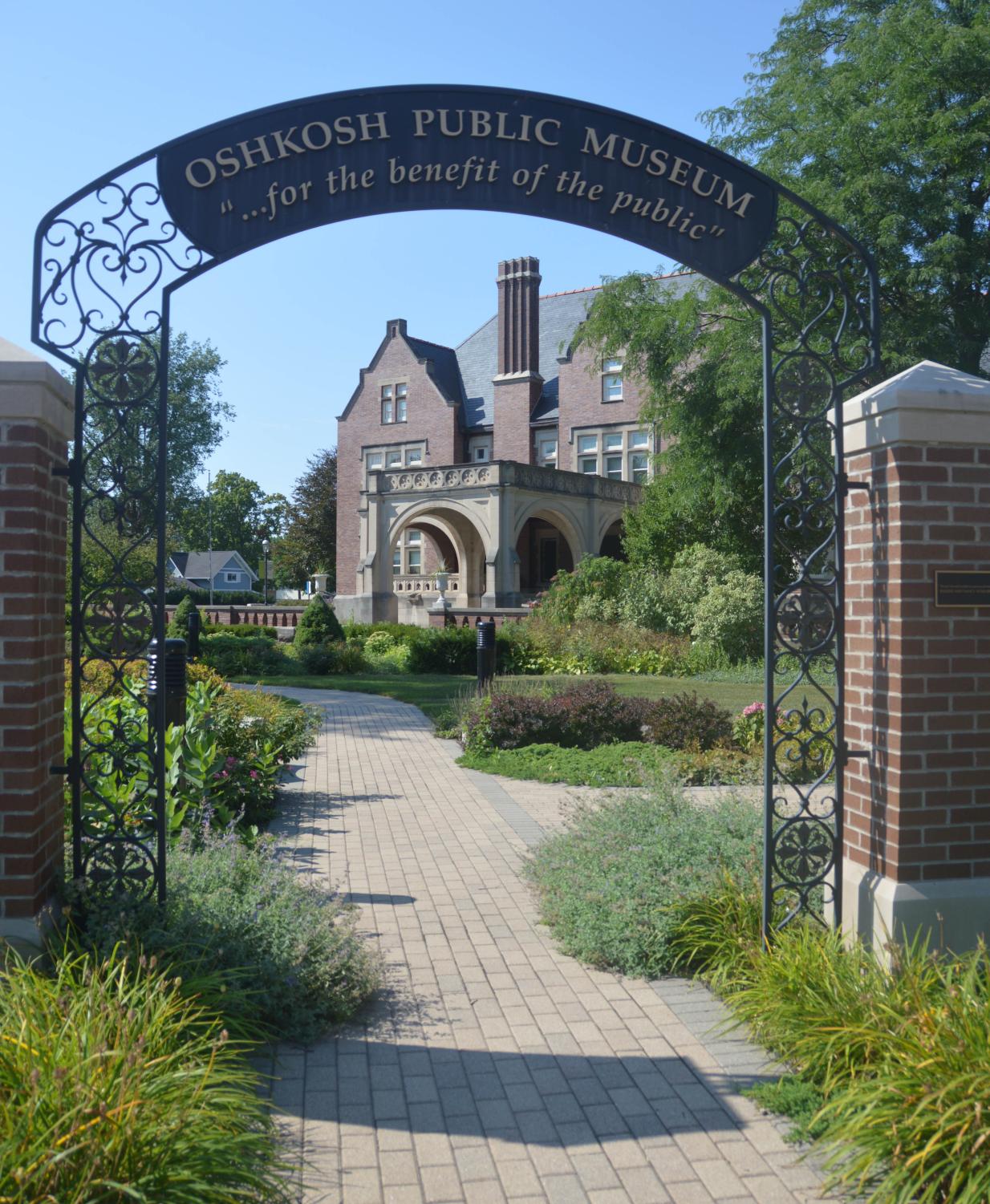 The history of Oshkosh flows throughout the city, and with it the many features and activities it offers.

Oshkosh was once home to the Ho-Chunk Indians, who surrendered their land to the United States government in 1836. Webster Stanley, one of the area’s first white settlers, built his home in the area, followed by a post trading, a tavern and an inn. Settlers began to flock to the area, and soon enough the first sawmills – for which Oshkosh became famous – began operating.

The Civil War and railroad expansion spurred Oshkosh’s lumber trade, giving it the nickname “Sawdust City”. The town continued to prosper, but the fires of 1874 and 1875 ravaged and destroyed the original town center. Yet many reconstructed buildings still stand today.

Much of Oshkosh’s unique Native American history is on display at the Oshkosh Public Museum, located near campus on Algoma Boulevard. “With nearly 300,000 objects in our collections,” the museum’s website states, “you’re sure to find some impressive artifacts to view.”

“The museum is the perfect place to connect with the community and its past… [with] more than 70,000 historical photographs, as well as films, letters and diaries. The museum also offers a wide range of programs and presentations throughout the year, the schedule of which can be found on their website.

For those interested in learning more about Oshkosh history, the Paine Art Center and Gardens, 1410 Algoma Blvd., is right in the heart of the city’s lore. Also located near the UWO campus, construction on the historic estate began in the 1920s as Oshkosh’s lumber businesses continued to expand. The Paines did not build the house for themselves; rather, they wanted the house to serve as a museum featuring exquisite architecture, furnishings, and artwork.

Construction on the house halted during the Great Depression and did not resume until the mid-1940s. Nathan Paine died before the house was completed, but his wife, Jesse Paine, oversaw completion of the house, opening it to the public in 1948.

Paine’s website describes the style of the estate as a variety of “interior and exterior architectural elements, such as arches, doors, columns, glass panes and chimneys, [giving] it appears to have been built over three centuries in evolving English styles. Much of the estate’s architecture, decor, artwork, and landscaping are drawn from English country homes while utilizing and accentuating Wisconsin’s natural resources and beauty.

Although the temperature is dropping, fall is the perfect time to get out and connect with nature, and the Wiouwash Trail is the perfect place to do it. Its name is a combination of Winnebago, Outagamie, Waupaca and Shawano – the four counties the trail passes through. Starting in downtown Oshkosh and crossing the UWO campus, the trail stretches nearly 22 miles and borders Lake Butte of the Dead, the Fox River, multiple grassy meadows, farmland, and tons distinctive wildlife scenes.

Further afield, High Cliff State Park in Sherwood features massive cliffs and picturesque views of Lake Winnebago. The park got its name because of the limestone cliff of the Niagara Escarpment, which stretches north to Niagara Falls in New York State.

Additionally, it is located on land considered sacred by Native Americans whose mounds of effigies are scattered throughout the park. Estimates suggest that these mounds were built between 1,000 and 1,500 years ago, although their exact purposes are unclear. The park includes many trails, various historical sites, a campground, picnic areas, a beach, and great views of unique wildlife.

Back inland and in the city, the EAA Aviation Museum is an aviation enthusiast’s best friend. The museum features aircraft and memorabilia from WWII, the Korean War, and the Cold War, and more.

“Inside the museum is the entire history of personal flight, from the Wright brothers to spaceflight, with nearly 100 aircraft on display,” said Dick Knapinski, EAA communications director. “Among the unique exhibits are a life-size reproduction of SpaceShipOne, the world’s first successful civilian spacecraft, and a Vietnam War veteran Huey helicopter.”

EAA also offers a variety of special events throughout the year, including seminars, virtual flight simulations, and a myriad of flight-related activities. The EAA is best known for its annual airshow in July, which features interactive sites, more than 10,000 personal, historic and military aircraft, and dazzling aeronautical shows.

A vintage dining brand, Ardy & Ed’s Drive In, 2413 S. Main St., looks like a restaurant from the 1950s. Open since 1948, roller-skate carhops serve you food while classic tunes play in the

Context. Ardy & Ed’s serves everything from ice cream and desserts to fish and chips.

Oshkosh’s unique history is on full display in its timeless museums and shops, but its downtown is also home to a range of unique vintage experiences. For example, The Time Community Theater at 445 N. Main St., shows older films excluded from the modern screen – often for free. An upcoming show is the Rocky Horror Picture Show, with a costume contest, on September 17.

In addition to a myriad of local businesses, downtown Oshkosh offers seasonal farmer’s markets, craft fairs and various other community events listed on the downtown Oshkosh website at downtownoshkosh. com, all of which bring together the living spirit of a historic city.

Arizona Woman turns general store into home, puts it up for sale for $1.1 million