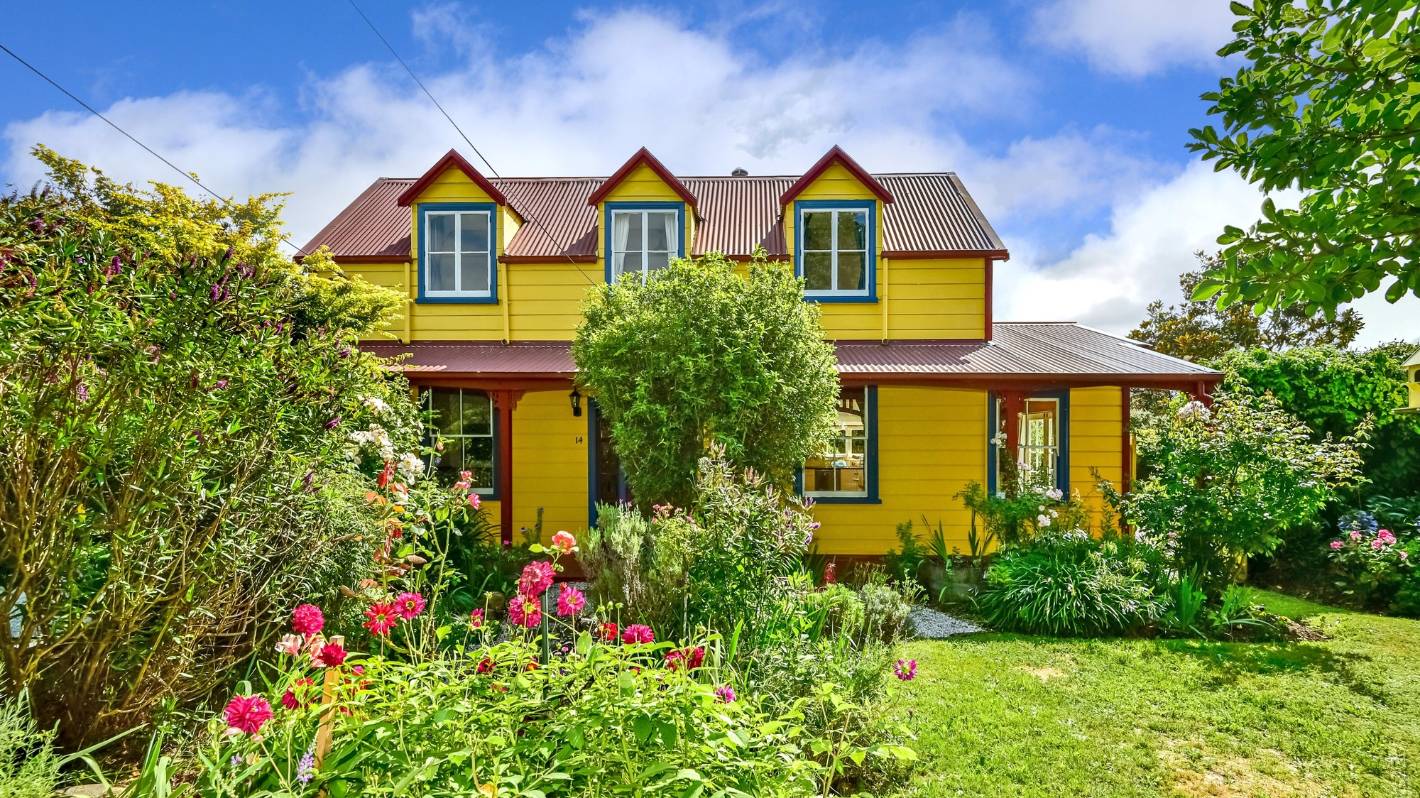 Jamie Wood often picks up horseshoe pieces while digging in his garden – a reminder of his Canterbury home’s rich history as the original blacksmith’s residence.

After years of research, Wood has put together a comprehensive 11-page document detailing the home’s 1860s history, which is available to potential buyers now that he and his wife, Tess Cole, are selling the Lincoln home, Selwyn. .

The section of 14 William Street was first purchased by blacksmith Keith Forbes Gray in 1865 for £15, and was sold to blacksmiths William Keith Watson and George Johnston (Gray’s former business partners) for slightly more £140 a year later.

The price increase is probably due to the fact that the house and the forge have been built in the meantime.

READ MORE:
* They left Auckland to restore a century-old house and garden in the Wairarapa
* How romance blossomed for Kiwi expat while renovating this miner’s house
* The dying art of the living blacksmith in Stratford
* Historic hangar with a colorful past in Kerikeri left to fall into disrepair

A photo from the 1940s shows the original L-shaped blacksmith’s shop still in situ, although it was demolished in 1963.

The property was used as a blacksmith until at least 1926, when a newspaper article indicates that TJ Keast purchased the premises to establish himself as a builder and contractor.

“He also intends to do carpentry, painting, decorating and plumbing work, and is ready to install hot water systems,” the article said.

Wood and Cole have lived in the house since 2017, joined by their now one-year-old son last year. They both work in scientific research and have a fascination with history: Wood worked in paleoecology and Cole studied ancient DNA.

Wood believes it to be the oldest house in Lincoln, predating the better known Liffey Cottage, which was built in 1875 and is touted as an example of a ‘worker’s house’.

He says visitors to the house are “amazed”.

The two-story cottage features three bedrooms, a master bedroom with walk-in closet, an open-plan kitchen and living room, and a cottage garden set on a quarter-acre (1012 square meter) section.

It has original woods throughout, including Baltic pine, kauri and rimu, and sloped ceilings in the kitchen, bathroom and upstairs bedrooms.

Wood detailed improvements made over the past five years, including:

Wood said that while he was sad to sell the house, he and Cole had “had a few years to enjoy it in its current state”.

The couple moved to Adelaide, South Australia, to be near Cole’s family while their son was young.

When they bought the house, they wanted a project and “something with a story”.

“It was a lot of fun. We both fell in love with it when we saw it,” Wood says. “Since we both really love the past, having that history and the character of an old house made it enjoyable.

“Every time we plant a tree in the yard or dig a hole, we find pieces of metal left over from the oven.”

They have a framed display of horseshoe pieces found in the garden.

Wood says locals have shown interest in the building, and that he and Cole are members of the Lincoln and Districts Historical Society. “We wrote an article for their newsletter and invited the company to view the property.”

Wood says he has no price expectation “because it’s so unique.”

The property is being marketed by Jan Green, of Harcourts Four Seasons Realty Lincoln, and will be auctioned on March 9, unless previously sold.

Designed by architect William Gummer for his own family in the 1920s, Stoneways is a heritage listed house that has been fully restored.

Stormy weather continues to force closures across the UK