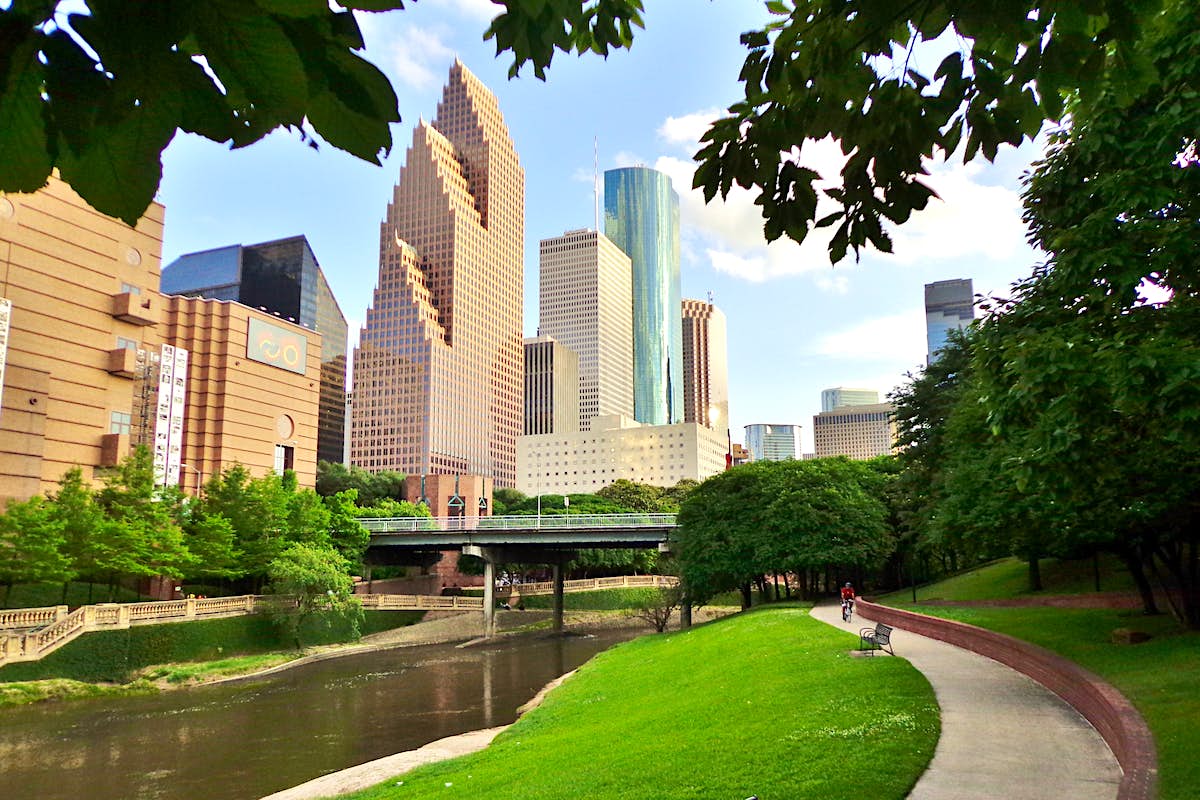 As you explore Houston, you’d be forgiven for thinking that the city’s architectural identity is all over the map. The third largest skyline in the United States is a hotbed of diverse, varied and innovative designs. Houston has used its architecture to inspire innovation and encourage new building designs. Here massive skyscrapers designed by famous architects mingle with historic buildings and a few quirky gems.

IM Pei is best known for having designed the Louvre in Paris. He is also the architect responsible for the tallest building in Texas: the JPMorgan Chase Tower in downtown Houston. The skyscraper rises to 75 floors and also has the distinction of being the tallest five-sided building in the whole world. The modern art sculpture on the outside of the building is also due to IM Pei – he convinced the bank to acquire it.

that of houston Theater district occupies 17 blocks in downtown Houston and has an entertainment home for every type of art. Check out the Jones Hall for the Performing Arts, home to the Houston Symphony Orchestra. The Symphony Hall occupies an entire block and features an Italian white marble exterior.

Nearby, the Alley Theater is designed in the Brutalist style that was popular in the 1950s, but is unique in that it does not contain right angles. Architect Ulrich Franzen designed it to “sing from any point of view”. The building was intentionally built to host theatrical productions and is considered one of the best places to see a show in the United States.

In 1890, Houston Heights was founded as one of the first planned communities in Texas. Today, 19th Street is a trendy place where eclectic stores provide endless entertainment for shoppers. Stroll through the residential part of the neighborhood and discover the cottages and bungalows built at the turn of the 19th century.

Head to 222 Malone Street in Rice Military to see the Beer Can House, a late 1960s house covered in flattened beer cans and bottle caps. It was created by John Milkovisch, who started the project as a way to cover his lawn to avoid mowing it. The Beer Can House is one of the most recognizable works of folk art in the Houston area. Today, the Orange Show Center For Visionary Art, which promotes individual artistic expression in the Houston area, operates it. The Beer Can House is open for weekend tours with advance ticket purchases.

On the campus of the University of St. Thomas in Houston is the St Basil’s Chapel. This modern building was designed to feature the three basic geometric shapes: a cube, a sphere and an airplane. Built in 1997, the church is one of the most distinctive places on campus. Inside, the chapel was designed to be fully lit by natural light. The reflective and luminous surfaces maximize the sunlight entering the building. Outside, discover a labyrinthine prayer garden made of bushes.

Finally, on the west side of Houston is the Sacred Palace of Chong Hua Sheng Mu, an abandoned structure topped by a 40-foot golden orb. It was built in the late 1990s and was intended to be a Taoist complex that fell into disarray when the leader of the movement passed away. Today the palace is unfinished. Although you cannot visit the interior, it is still a popular architectural curiosity loved by locals.