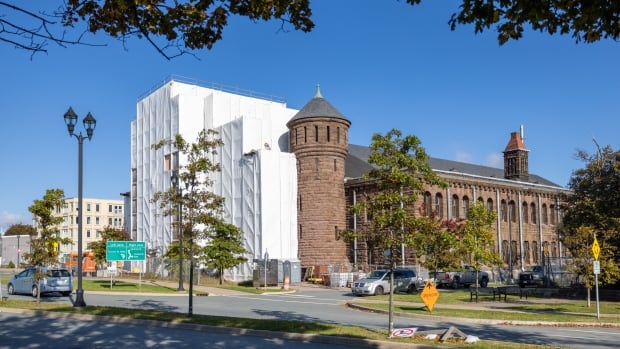 Completion of the first phase, the reconstruction of the iconic western wall facing Halifax Common, has been postponed from 2019 to 2022.

The Department of National Defense says the project encountered many challenges, including an initial six-month hiatus to “finalize heritage factors” and a one-year delay to ensure an adequate supply of sandstone. Then there was the COVID-19 pandemic.

This made it more difficult to obtain building materials and restricted travel to Halifax for consultants and construction workers.

“Additional work was not planned”

“This additional work was not foreseen in the original framework, but as is often the case with complex heritage restoration projects, additional and unforeseen work is required, especially with older buildings which continue to stand. deteriorate due to their age, ”said DND spokesperson Andrew McKelvey. an email.

Design work on Phase 2 – to repair the rest of the building – is underway. Construction is expected to begin in 2023 and last for five years.

“In the case of the North Park Armory, we are taking the time to ensure that all work meets future heritage and operational requirements, while incorporating elements of green design and sustainable construction practices. “

The ministry refused to make an official involved in the work available for an interview.

The restoration will provide structural and interior improvements to support the operations of the Princess Louise Fusiliers, Halifax Rifles (Royal Canadian Armored Corps) and an Army Cadet Corps, while preserving the heritage character of a national historic site. of 122-year-old Canada.

The first phase consolidated the western wall, which slopes slowly outward since it was damaged in the Halifax Explosion in 1917.

This required the construction of an interior wall to support the roof while the masonry, windows and interior mezzanine were dismantled.

The main entrance has been enlarged to accommodate larger vehicles. It was originally built for horses.

DND says this work and the refurbishment of the original windows at an Ottawa store specializing in heritage restorations is complete.

New roof decking and shingles, parapet flashings and installation of new entrance doors for the exercise room remain to be completed.

Phase 1 was to cost $ 25 million. It is now estimated at $ 30 million, which includes expanded design work.

Integration of energy efficiency in the old exercise room

Phase 2 will rehabilitate the rest of the building envelope, including masonry, windows and roof, as well as major improvements to the interior.

This is where the costs are really expected to drop from around $ 105 million to $ 130 million, which will bring the final estimate to $ 160 million when the work is completed in 2028. That’s 23% more than the initial estimate.

Heritage advocates in Nova Scotia say the restoration of what DND has called “the Poppy on the Backside of Halifax” is worth the effort.

“Our members certainly feel that the current renovation of the North Park Armory is worth it, not only for its obvious architectural heritage and military presence, but also for its support to the citizens of Halifax for many years in time of need. and celebration. says Leo Deveau, president of the Halifax Military Heritage Preservation Society.

“With such large restoration projects, there will always be a ‘slippage’ in the expected completion times,” he said.

Historian Allen B. Robertson says the armory is “the last of its kind in Canada and not just a building sitting there, it actually retains a function, it is still in use.”

The heritage designation has forced Ottawa to meet high standards that add to the expense, such as obtaining good sandstone.

“I think there’s a commitment to the authenticity of the preservation. It’s not about where you can put vinyl siding on it. It’s part of the essential structure and maintenance. of the fabric of the building, ”he said.

The search for sandstone

Finding the same Nova Scotia sandstone used in construction between 1895 and 1899 was one of the first hurdles.

The original quarry near Pugwash on the Northumberland Strait is long gone.

A nearby replacement quarry turned out to be unsuitable. This forced supplier Atlantic Sandstone to find sandstone in the same geological vein six kilometers from the first site, purchase the property and open another quarry.

Once reconstruction began in Halifax, project managers realized that more stones were needed.

They turned to a more durable sandstone from England for the window sills.

The delays have not had an operational impact on the Armed Forces and will maintain the Halifax Armory for another 100 years, McKelvey said.

“This rehabilitation project is a prime example of how DND is working to protect the heritage character of its infrastructure, while supporting the modern operational capabilities of the Canadian Armed Forces.

At 106, she credits God, genes and chocolate SanTan Sun News