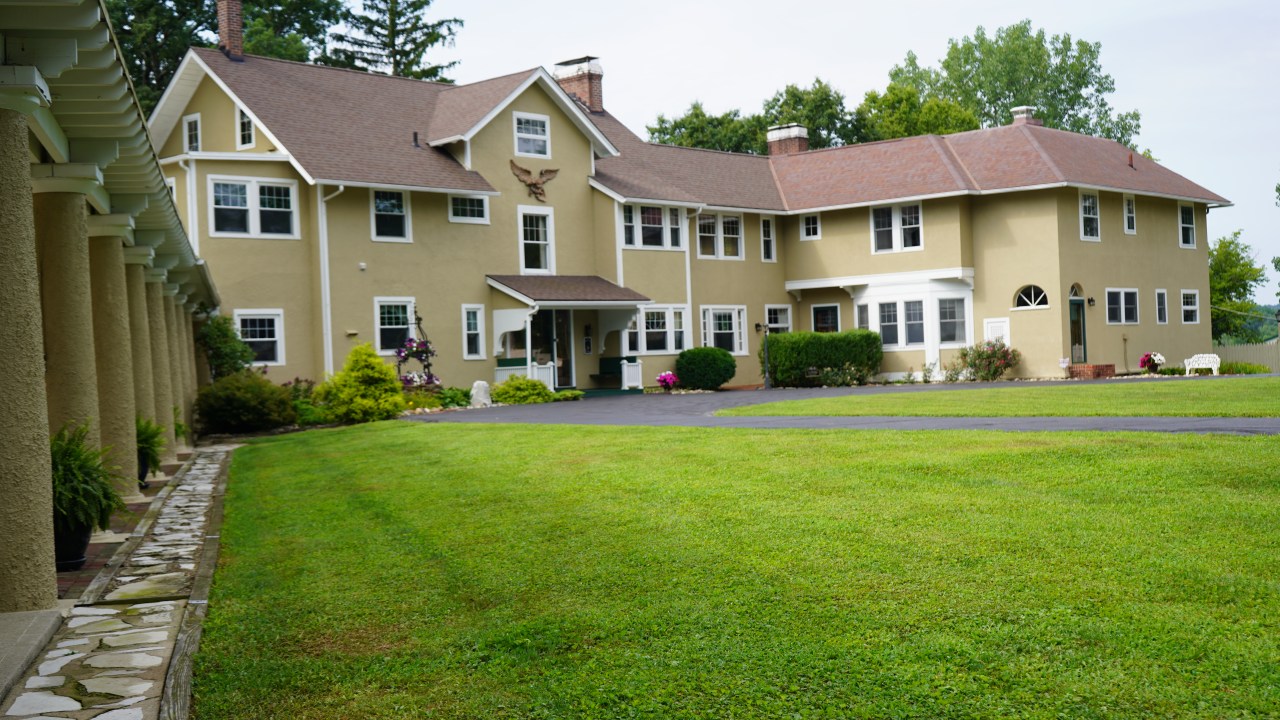 NEWARK, Ohio (WCMH) – Colonnades lead from a four-car garage to this eleven-bedroom mansion built by the legendary Weiant family – featuring pocket doors, mahogany floors and a private tunnel to escape into the gardens .

There are only two red lights between the house on Marne Road before the streets turn into a freeway to Columbus. Getting to Intel’s new site is a short 20-minute drive on State Route 161.

Additionally, there is another four bedroom residence that comes with the property, plus a pool house that can be used as another home.

A family of firsts

The house’s history begins with wealthy inventor Warren Weiant, whose father moved the family to Licking County in 1866, according to Madison Township History.

“Warren Weiant was a local industrialist, and he wasn’t afraid to do something for the first time,” said Shawn Redman, of Sotheby’s, who is handling the sale of the property for the current owners, the family. Plikerd. “Weiant owned a bakery that was very successful. He brought electricity to his bakery so they could bake 24 hours a day.

“What started as a local bakery has turned into a huge supply for other businesses. The bakery was then sold to Nabisco.

Most Expensive Homes Sold in Franklin Counties, Delaware in July

Weiant built several homes in the area and started the first bus line in Ohio so residents could get to downtown Newark. The Weiant family moved into the American Craftsman-style house on Marne Road in 1905, which Weiant owned until his death in 1926.

Weiant also grew vegetables and at one time owned the largest greenhouse in the country. Redman said when the family bought the land in 1904, the property was 100 acres and they paid a lot of money for it.

“People made fun of him a lot because it was all swampy,” Redman said. “But he had taken a trip to Michigan and seen where celery and other root vegetables grew in wet, wet, swampy land in ‘bad’ soil. He brought this here.

Ohio Sales Tax Exemption: When? and what you need to know

The greenhouses eventually collapsed in the storms, Redman said, although in the 1980s he recalled that the Weiant company was still making hanging baskets.

“The house was built and finished in 1905 for the main part of the house, and then in 1913 his eldest son got married and they made an addition to the house and almost doubled the size of it,” Redman explained. .

The woman Warren Weiant Jr. married was Eleanor Smith, an accomplished swimmer with world records to her name, Redman said. The couple met at a swimming competition.

Eleanor and her sister, Ruth Smith Miller, were known as Ohio’s greatest mermaids, competing nationally and setting world swimming records, according to the Licking County Developmental Disabilities Council that Eleanor founded. The sisters were also the first women to swim and compete nationally with the Ohio State University men’s swim team in the early 1920s.

Of course, the house on the road to the Marne has a swimming pool. But swimming wasn’t all there was to Eleanor.

She became an advocate for people with developmental disabilities, opening one of the first schools in the state to serve these children. Eleanor also lobbied lawmakers for funds for children with disabilities.

“When Eleanor died on November 13, 1985, at the age of 82, the entire Licking County Developmental Disabilities Board closed for a day in her honor,” the website checked in.

And two more houses thrown in

“As it stands, there’s a nice two-story guest house to the east – it’s a very nice four-bedroom house,” Redman said during a tour of the house. . “And then we have the pool house in the back yard, a self-contained residence if you like.”

Redman sees several potentials for the property: a multi-family, intergenerational home, a lodge or guesthouse, or a respite and care facility.

Whoever buys it, however, will find the energy of innovators and inventors embedded in the walls, with reading nooks, writing nooks and high-quality craftsmanship fashioned into the simplest of details.