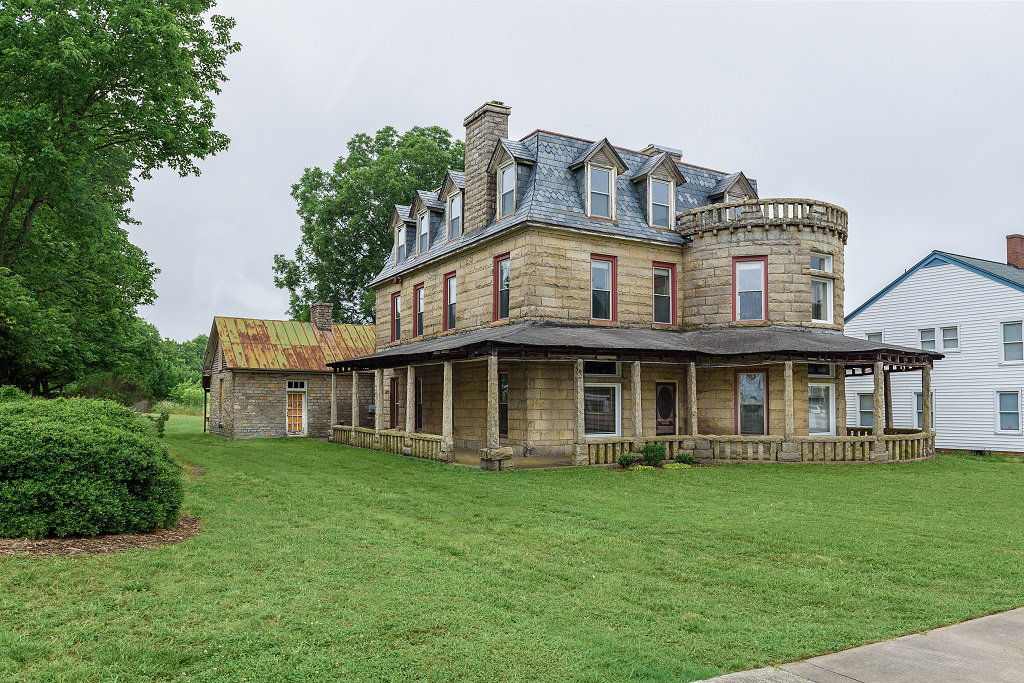 SALISBURY – OctoberTour is back in person for 2021 with protocols in place to provide visitors with the safest possible experience.

Participants are required to bring proof of vaccination or a negative test for COVID-19 within 72 hours of a visit to collect tickets. Masks must be worn inside visiting sites. Docents and volunteers must also provide proof of vaccination or a negative COVID-19 test. Everyone present must be present to collect tickets, unless prior arrangements have been made.

The visit takes place as follows:

This structure was completed in late 1820 to early 1821 as a residence for local merchant John Fulton, his family and as a boarding place for young girls attending Salisbury’s First Women’s Academy, now known as by Dr. Josephus Hall House.

The house suffered a fire in 1984 and remained unoccupied for almost 30 years. Historic Salisbury Foundation purchased the property in 2012 and began the cleanup and stabilization process. During the work, the first items such as wallpapers and pocket doors were uncovered, and the missing windows and the back porch were replaced. The house was featured as a work in progress on OctoberTour 2013 and HSF sold the property to the current owners in 2014. The house was featured as fully restored on OctoberTour 2015 and the owners and contractors received an HSF Preservation Award for their job.

This two story Craftsman bungalow was built in 1913 during the last decade of the arts and crafts era. The arts and crafts movement started in England and emphasized comfort, simplicity, honesty, craftsmanship and the dignity of work. LS Bradshaw Construction built this house and the corresponding garage possibly for WB Taylor, one of the original owners of the house.

The iconic Salisbury Residence was originally an 1820 Federal style frame house used by the Girls’ Department of Salisbury Academy. The original Salisbury Academy closed after five years of operation and the building was sold.

Over the years, the owners have made additions to the home, including a two-story porch, walkway arch, elongated front windows, and an enlarged attic. A two-room independent kitchen, occupied by slaves before emancipation, was restored in 2006.

The land contains an herb garden and an antique rose garden. The cannon on the front lawn once guarded Salisbury Confederate Prison. The site is open for guided tours on Saturdays from March to December.

In the summer of 2019, the movie “The 24th” was shot in various locations around Salisbury, including the Hall House. The film was directed by Oscar winner for Best Adapted Screenplay for “BlacKkKlansman,” starring Spike Lee, Charlie Wachtel and David Rabinowitz.

This Mission style home was built for Ella and Leo Wallace, Sr., on what was once part of the grounds of Dr. Josephus Hall House. At that time, Wallace was working in the family-owned men’s clothing and furnishings business, Victor Wallace & Sons. In 1927, the Wallaces purchased the large house at 508 South Fulton St., the Hambley-Wallace House.

John Ernest Ramsey designed the house using stucco walls, a red clay tiled roof, curved parapets, and largely overhanging eaves. His son, John Erwin Ramsey, was also an architect and designed many mid-century homes in the state. The Mission style originated in California as a counterpart to the Colonial Revival style, which was popular in the eastern half of the United States during the same period.

This Second Empire structure, built from locally quarried granite, has 15 rooms over three floors, a steep mansard roof, a two-story tower topped with granite balustrades, and an original independent kitchen. Napoleon Bonaparte McCanless, built the house for his family in 1897. McCanless was directly involved in many businesses in the county, including Harris Granite Co., several cotton mills, banks, hotel interests, including the Empire Block , residential developments on Thomas Street and the Salisbury Electric Lighting Company and Street Railroad.

In 2019, HSF acquired the property from Livingstone College and began the process of stabilizing the roof and securing the house. It was featured on the Virtual OctoberTour 2020 as an in-person experience for Tour sponsors and a pick-up location for sponsor gift baskets. The new owners acquired the house in July 2021.

Construction began in 1925 and ended in 1929 on this two-story yellow brick Renaissance-style house built for industrialist and developer Walter F. McCanless. The 6,200-square-foot house spans 2.5 acres and its two-story garage served as servants’ quarters.

The residence has a hipped roof of green Ludowici tiles, buff iron-based bricks and molded corner stones, which rise in friezes with inlaid colored tiles. The facade also has carved stone planters. On both sides of the house are purlins, to the north a loggia and to the south a veranda with adjoining porte cochère. A terrace closed by balustrades completely crosses the front of the main block and pavilions.

This meadow-style brick house and adjoining shed was built in 1924 by AR Lazenby, the famous Salisbury homebuilder. Its first owner was Phillip N. Peacock.

The exterior of the house features strong horizontal lines, minimal ornamentation, large overhanging eaves, windows in sets of three, and a pyramidal-shaped hipped roof. Note the modernist glass spacing on the upper half of the casement. This detail is reproduced on the interior French doors. In 2007, the house was completely rewired and redone. Additions included converting a fifth bedroom into a master bathroom, air conditioning, downstairs powder room, utility room, walk-in closets and new kitchen appliances. The bedrooms have been repainted, the oak floors have been cleaned and oiled throughout and the kitchen has been renovated from floor to ceiling.

This majestic colonial overlooking City Park Lake was built in 1942 by Charlotte architect William H. Peeps for Mr. and Mrs. Thomas W. Borland. Borland worked as chairman and chairman of Carlton Yarn Mills. He has served on numerous boards of directors in Rowan County including the YMCA, Rowan Regional Medical Center, Rowan-Salisbury Schools, and was an early member of the Salisbury Community Board of Trustees. Foundation. He served on the board of St. John’s Lutheran Church and his wife, Margaret, volunteered with the Historic Salisbury Foundation.

The additions of a living room, new master bedroom and bathroom, as well as an additional bedroom and bathroom were completed in 1950 by Beam and Mackintosh Architects of Charlotte. After Mr Borland passed away in 2006, Ms Borland sold the house in 2008 to Dr Richard and Lacreasa Allen, who made further renovations to the house. The current owners bought the house in 2014 and continued renovations, including converting the basement of the “dungeon” into a family relaxation area with a wine cellar.

The house has retained many of the original features including two completely original upstairs bathrooms, stunning woodwork in the library and living room, large multi-paned arched windows, decorative ironwork on the double porches, a rear dutch door with original hardware and outdoor fireplace. The expansive 5 acre lot includes a large brick patio, flagstone walkways and a game room.

Moses Corriher and his wife, Geneva, built this house around 1902 shortly after purchasing the surrounding 150-acre farmland in southern Rowan County. The house has grown over time. The house remains in the Corriher family.

The Corriheres resisted replacing the original clawfoot tub, although they made other changes. The home’s hardwood floors, fireplace bricks, paneled ceilings and exposed beams are original to the house. Large windows overlook the neighboring fields.