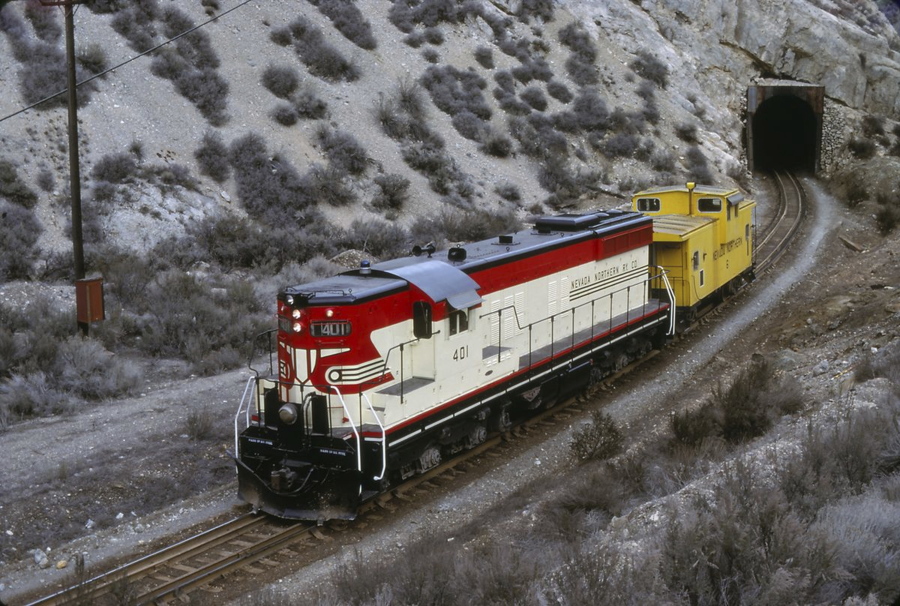 Historic locomotives on the return trip from Snoqualmie to Nevada

RENO, Nevada – Two historic locomotives that were part of the pioneering switch from steam trains to diesel-electric trains in the mid-1900s are returning home to a rail yard in northeastern Nevada.

Built in 1951, Locomotive 201 is the last surviving of 38 experimental models manufactured by the American Locomotive Company. It’s scheduled to be loaded onto a truck Nov. 2 at the Northwest Railway Museum in Snoqualmie, where it still occasionally pulls excursion trains on the museum’s Snoqualmie Valley Railroad.

The truck carrying the 286,000-pound engine will take four or five days at a top speed of about 35 mph to make the 900-mile trip to Ely at the Nevada Northern Railway Museum near the Nevada-Utah line, the chairman of the Mark Bassett Railway. .

Details are still pending for Delta, Utah’s return of No. 401, General Motors’ first special-service model built in 1952 in its Electro-Motive division.

It was the only one painted in the “Desert War Bonnet” scheme, a cream, scarlet, and black design that remains on today. She became the “last Empress of Ely”.

â€œThese two are one of a kind locomotives,â€ Bassett said. â€œThe two have a story to tell and they are both tied to the early days of the Northern Nevada Railroad diesel engine. “

The railroad purchased both in the 1950s and used them primarily to haul copper to smelters in Nevada, Idaho, and Utah until the railroad closed in 1983. The museum plans to restore them and put them back into service for guided tours.

The diesel-electric locomotive offered many advantages over its steam-powered counterpart, Bassett said. It required less maintenance, used less fuel, and could be operated with a small crew. It also did not require expensive support structures like rotundas, cooling towers and water tanks.

After World War II, the â€œdieselizationâ€ of American railways was rapid. Of the 21,000 new locomotives purchased between 1945 and 1955, 95% were diesel-electric locomotives, the Henry Ford Museum in Dearborn, Michigan, says on its website.

Bassett, the director of the Ely Museum, is leading the fundraising effort of $ 350,000 to cover the cost of returning the locomotives and restoring them. He lives in Ely across from the depot in the CEO’s house which was built by the railroad in 1923.

“It’s frankly unheard of to bring them home around the same time to their house where they worked from the 1950s to the 1980s,” Basset said in a telephone interview. “Any other locomotive (this old one) would have been cut up and scrapped and made into razor blades.”

The number 401 was almost lost in a fire in a rotunda in Cobre, north of West Wendover, near the Utah Line in 1952.

Railroad Superintendent Harold M. Peterson wrote in his autobiography that he was awakened by a phone call around 1 a.m. from a South Pacific Railroad dispatcher who said the engine was still at inside the rotunda as the fire raged. It was about three hours later that he finally learned that an engineer, Jumbo Labate, had come to the rescue.

The dispatcher â€œreported that the locomotive had been safely removed from the fire, but the rotunda was completely gone. Jumbo Labate had opened the large rotunda doors, stood up in the engine, started it, and backed out of the rotunda before the roof collapsed, â€Peterson wrote.