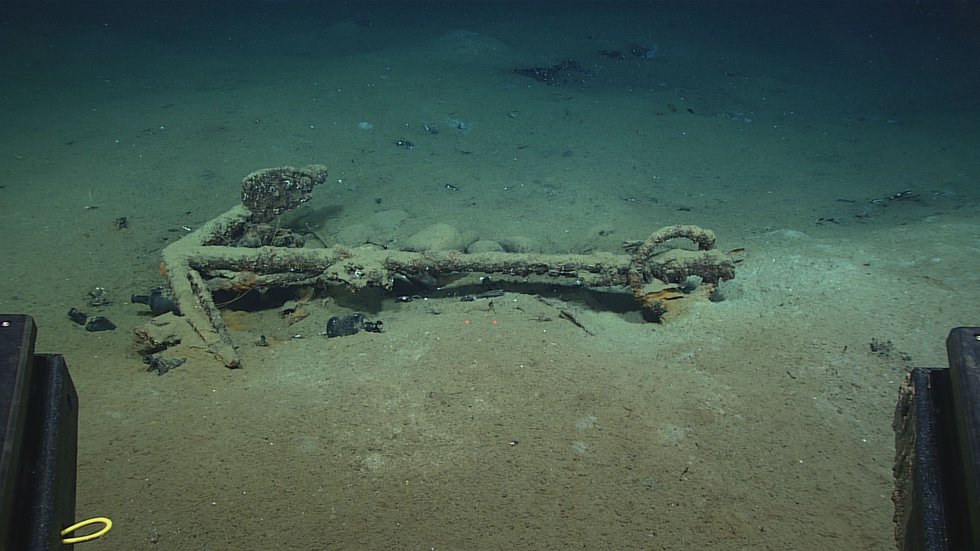 Historic ship discovered off the coast of Pascagoula

PASCAGOULA, Mississippi (WLOX) — Researchers have discovered the remains of a 207-year-old whaler off the coasts of Mississippi and Louisiana.

The ship is 64 feet long and was found resting on the seabed in the Gulf of Mexico.

“It was Industry. It is the only whaler that has been lost in the gulf,” Jeremy Weirich told WLOX.

Weirich is the director of the Office of Ocean Exploration and Research at the National Oceanic and Atmospheric Administration.

He and his team, along with SEARCH, Inc. and the Bureau of Ocean Energy Management, used brand new telepresence equipment for the discovery.

It allowed underwater camera robots to live stream what they saw in real time.

Physically and virtually, the crew boarded NOAA’s Okeanos Explorer, the only Federal vessel dedicated to ocean exploration, on February 25.

First, they needed a location to test the new equipment.

“I got a call from my colleagues at NOAA who said, ‘We’re about to test systems, ready to pull out of Pascagoula. Do you have any targets we should stumble upon and take a look at? and I said, ‘Well, yes. There’s a good one,” said Dr. James Delgado, senior vice president of SEARCH, Inc.

Delgado has worked on several major shipwrecks, from Pearl Harbor to Titanic and now Industry.

“I was able to walk through these dark, deep rooms at the bottom of the sea, a vast museum, where as you find and work, the light comes on and you are exposed to a story that maybe you didn’t even know it was written,” he said.

The brig Industry of Westport, Massachusetts was built in 1815. She was used to hunt whales across the seas for two decades before being wrecked on May 26, 1836.

“Dismasted by a storm and wrecked, Industry was abandoned by her crew and within days was boarded by another ship, which took off as far as she could, leaving her to sink off the coast of Mississippi,” said Delgado.

Research shows that the ship was typically manned by African and Native American crew during the years leading up to the Civil War.

According to a newspaper clipping from June 17, 1836, the crew were picked up at sea by another Westport whaler, Elizabeth, and returned safely to town.

“For a black American to end up on the ground, he could be in a very difficult jurisdiction and end up in prison and if he could not pay his time in prison or get out, he could be enslaved,” said Weirich.

“The wrecks that have power and meaning for them are the ones that speak to aspects of the story that we need to know more about,” Delgado said. “So a wreck like Industry speaks to workers.”

The vessel is located approximately 100 miles off the coast of Pascagoula and 6,000 feet below sea level.

Few entities in the world can access the site, so in an effort to preserve it, researchers say they won’t bring any of the remains to the surface.

However, they are working to get it listed on the National Register of Historic Places.

“Whether they represent history that we’re proud of or not proud of, if it’s important, it should be on the national registry,” Delgado said.

Team members are now writing a detailed assessment of what they found and submitting it to the national registry. It will then go through a review process.

“I can’t think of a better way to bring all of these stories together than in industry history,” said Philip Hoffman.

Hoffman is research and development coordinator for NOAA in Gulfport.

“Our crew and scientists were able to get the ship out, put our remote-operated vehicle on its side, inspect this wreck with 21st century technology, which we’re developing in spades here in Mississippi, and add the industry story back to Gulf Coast history,” he said. “I can’t think of anything more exciting than those two things put together.”

This discovery was made during a “shakedown” cruise, which consists of testing the equipment at sea before the new season in the field.

The Okeanos Explorer is currently mapping the coasts of Puerto Rico and will be in Rhode Island by the end of the month.

The researchers say they are delighted to start the season with this discovery.