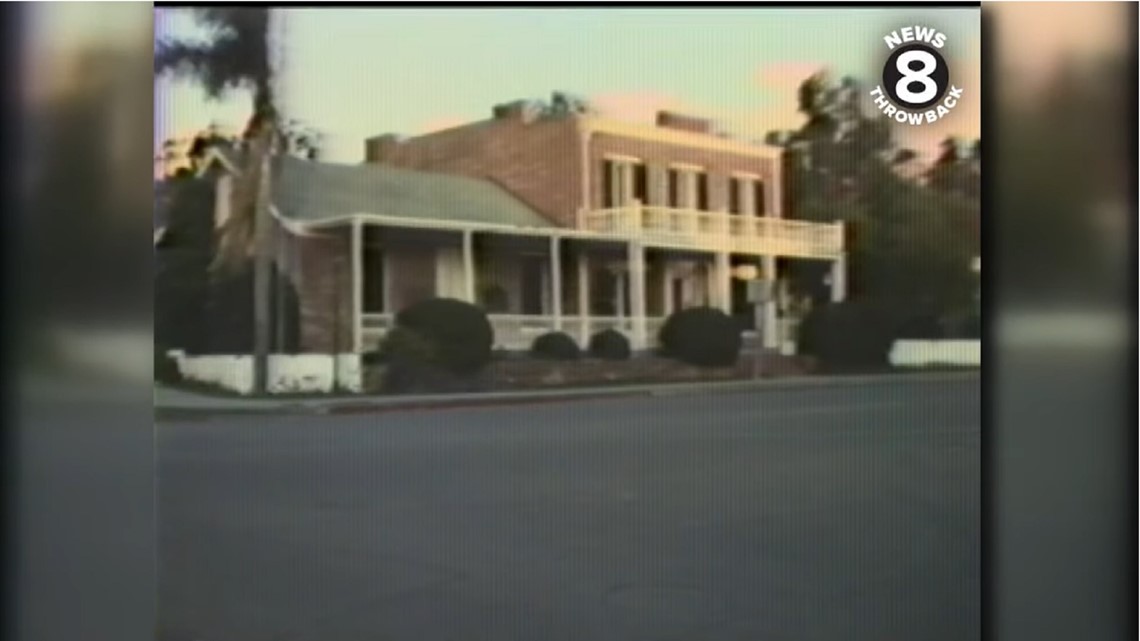 Built in 1856, the historic house has been called the most haunted in the country.

SAN DIEGO COUNTY, Calif. – The Court was back in session at the Whaley House for the first time in 151 years. On Tuesday, May 17, 2022, the historic home revisited its roots as San Diego’s second courthouse from 1868 to 1871. The event extended the current San Diego Superior Court to include Whaley House as a place of business of the official court for a day. Judge Richard Whitney presided over four civil cases in a special session open to the public.

CBS 8 reporter Hal Clement dared to visit Whaley’s haunted house to celebrate Halloween 1984. He set out to somehow prove whether the famous Old Town house is indeed haunted. It’s a pretty compelling report. Sound technician Rick Corcoran heard mysterious scratching noises in his microphone. Hal was cold in some parts of the house. You might not want to watch this alone. It’s quite scary.

A few days before Halloween in 1978, CBS 8’s Judy Elfenbein got into the holiday spirit by visiting spirits at the Whaley House in Old Town San Diego. Once a county courthouse and later a home and theatre, Whaley House was dedicated as a historic house museum in 1960. The ghosts of its former owners – Thomas and Anna Eloise Whaley – are said to roam the halls along with several others spectra. In this interview, museum employee June Redding even shares the story of a ghost dog!

In 1975, one of CBS 8’s most famous television personalities, Bob Dale, visited the Whaley House in Old Town San Diego. Bob told the famous building’s history as the first two-story brick building on the West Coast and spoke with museum employee June Redding about the historic house’s mysterious past. June shared stories of spooky occurrences she had heard and observed over the years at the famous Whaley House.

One of the most interesting — and weirdest — items shared by June was a cast of President Abraham Lincoln’s face.