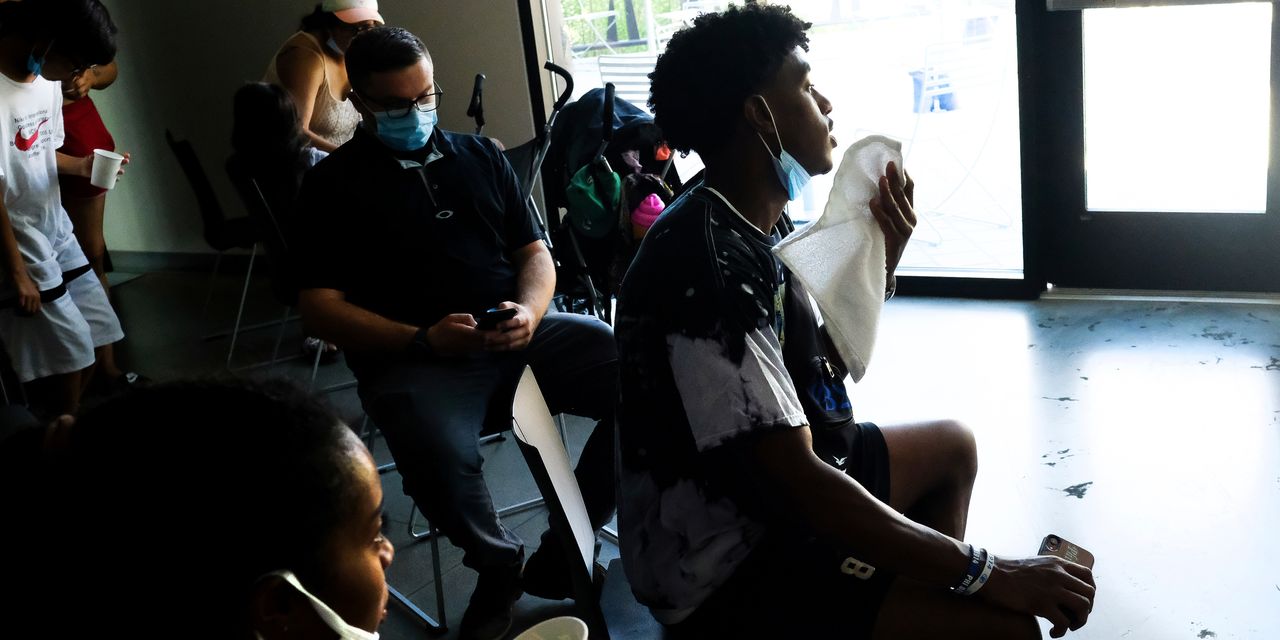 SALEM, Oregon – The sad toll from the historic heat wave in the Pacific Northwest has become more apparent as authorities in Canada, Oregon and Washington state said on Wednesday they were investigating hundreds of deaths probably caused by scorching temperatures that broke all-time records in the normally temperate region.

British Columbia Chief Coroner Lisa Lapointe said her office received reports of at least 486 “sudden and unexpected deaths” between Friday and Wednesday. Normally, she said about 165 people would die in the Canadian province over a five-day period.

“While it is too early to say for sure how many of these deaths are heat-related, it is likely that the significant increase in reported deaths is attributable to extreme weather conditions,” LaPointe said in a statement.

â€œVancouver has never experienced heat like this and unfortunately dozens of people are dying of it,â€ said Vancouver Police Sgt. Steve Addison said in a statement.

Oregon health officials said more than 60 deaths were linked to the heat, with the state’s largest county, Multnomah, blaming the weather for 45 deaths since temperatures rose on Friday. At least 20 deaths in Washington state have been linked to the heat, a number that is expected to rise.

The heat wave was caused by what meteorologists described as a dome of high pressure over the northwest and made worse by man-made climate change, making these extreme weather events more likely and more intense. . Seattle, Portland and many other cities have broken all-time heat records, with temperatures in some places reaching over 115 degrees Fahrenheit.

As temperatures cooled significantly in western Washington, Oregon and British Columbia on Wednesday, interior regions were still experiencing triple-digit temperatures as the weather system was moving east into the Intermountain West and Plains.

Amid the dangerous heat and drought plaguing the American West, crews were keeping a close watch on wildfires that can explode in extreme weather conditions.

Heat warnings were in place for parts of Washington, Oregon, Idaho and Montana, as well as Saskatchewan and southern Alberta, where “a prolonged heat wave , dangerous and historic will persist this week, â€Environment Canada said.

“The temperatures recorded this week are unprecedented – lives have been lost and the risk of forest fires is dangerously high,” said Canadian Prime Minister Justin Trudeau.

In Oregon, the Multnomah County medical examiner has blamed 45 heat deaths on hyperthermia, an abnormally high body temperature caused by the body’s inability to manage heat. The victims were between 44 and 97 years old.

The county that includes Portland said that between 2017 and 2019, there were just 12 hyperthermia deaths in all of Oregon.

â€œThis was a real health crisis that highlighted just how deadly an extreme heat wave can be, especially for otherwise vulnerable people,â€ said Dr Jennifer Vines, county health official, in a statement.

The King County Medical Examiner’s Office, which covers an area including Seattle, said at least two people have died from hyperthermia. In neighboring Snohomish County, three men – aged 51, 75 and 77 – died after suffering heat stroke in their home, the medical examiner’s office told the Daily Herald in Everett, Washington on Tuesday.

The heat has led a utility company in Spokane to impose gradual blackouts due to strain on the power grid. Avista Utilities says it tries to limit outages to one hour per customer.

Heather Rosentrater, Avista’s vice president for power delivery, said the outages were a distribution issue and did not stem from a lack of electricity in the system.

Renee Swecker, 66, of Clayton, Wash., Visited a fountain in downtown Spokane’s Riverfront Park on Wednesday with her grandchildren, saying they “went wherever there was water. ‘water”.