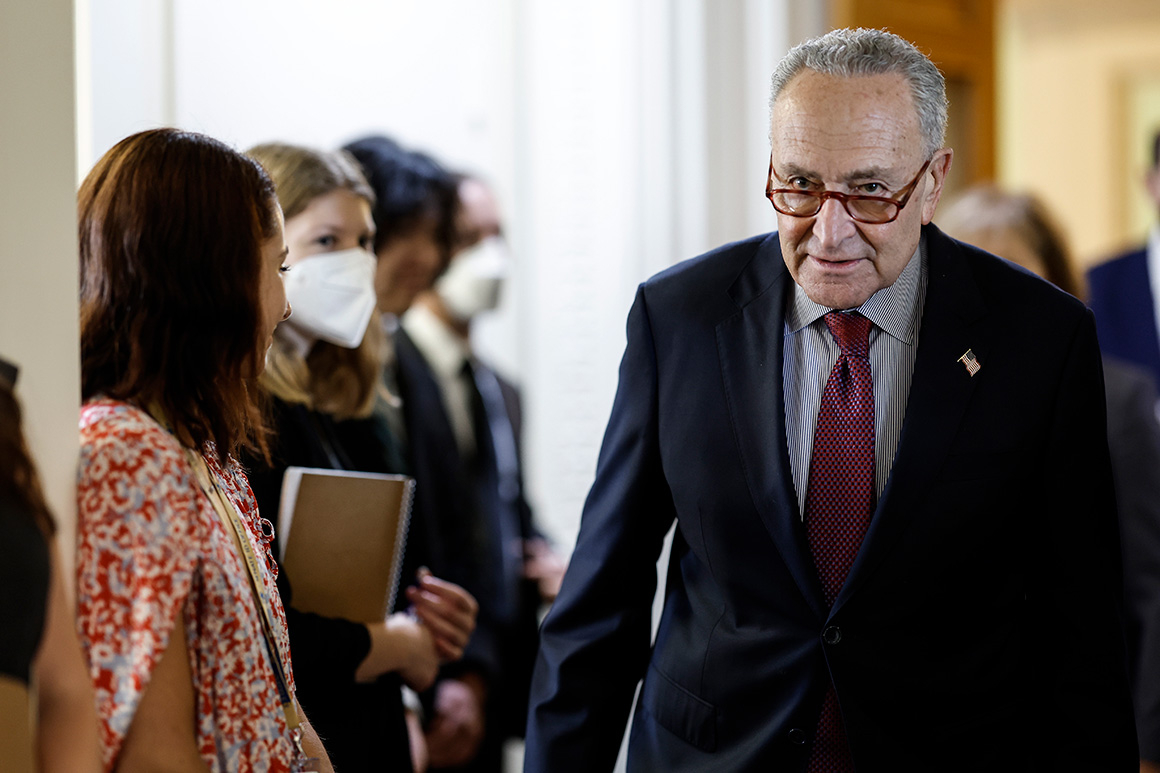 The hydropower industry is furiously lobbying lawmakers to include a tax incentive left out of a new climate package, arguing it is necessary to help the existing hydroelectric fleet to avoid premature shutdowns.

The last-second boost of hydroelectricity comes as a handful of industries desperately try to add their priorities to the $369 billion climate and energy section of the budget reconciliation bill.

Time is running out, however. The bill’s climate provisions are expected to be reviewed today by the Senate parliamentarian, who decides what stays and what goes.

All the action in the Senate comes as questions linger over a key senator, Kyrsten Sinema (D-Arizona), and whether she will ultimately support the bill.

Meanwhile, Republicans have continued their attacks on the bill and are preparing tough amendment votes for later this week.

Credit, initially backed by Commerce Chair Maria Cantwell (D-Wash.) and Sen. Lisa Murkowski (R-Alaska), had made the reconciliation package in its December draft, but the latest iteration dropped the incentive. .

The industry warned in October last year that without the credit, 40% of the existing hydro fleet could opt for retirement due to maintenance and license renewal costs (Daily O&MOctober 26)

The hydropower push caught the attention of Capitol Hill supporters. Cantwell confirmed she was working on the effort yesterday.

“We’re trying,” she said on the credit report.

Certainly the hydropower industry has received two key wins in the reconciliation program through tax credits that help new hydropower generation as well as financial incentives for pumped storage projects seen as a tool essential to balance the network.

It remains to be seen how the missing credit could be added to the package. The climate side is set to undergo the reconciliation review procedure known as the “Byrd Rule” starting today, according to an aide familiar with the timeline who was granted anonymity to speak candidly.

One avenue could involve an amendment push on the Senate floor, though Democrats are reluctant to open the package with so many other measures at stake.

“I expect there won’t be many amendments that would be on the friendly side of the ledger, just because we have a broad enough agreement here that the interests of everyone whose I have heard of so far are like, “Don’t waste it,” said Sen. Martin Heinrich (DN.M.).

Despite the last-minute scramble from outside groups, Democrats yesterday insisted they plan to wrap up consideration of the bill before the end of the week.

“We had a really good caucus conversation today focused on the ‘Cut Inflation Act,'” Majority Leader Chuck Schumer (DN.Y.) said after the Democrats met for a virtual lunch. “There was enthusiasm. There was unity. There was a great feeling that we were going to do those momentous things for America next week.

The climate and energy provisions are part of a broader bill that also includes health care measures, with the latter still undergoing a textual cleanup by the Senate parliamentarian earlier this week. .

And depending on the pace, Schumer could move the bill to the floor even as energy provisions are still under review. Schumer put the reconciliation bill on the Senate calendar last night, a procedural formality.

The “Byrd Rule,” named after the late Senate Majority Leader Robert Byrd (DW.Va.), is undertaken to ensure that every provision in a budget reconciliation package must have a direct impact on spending or federal revenues. Democrats said they were confident the energy side could move quickly.

“We have already done a lot of groundwork because we looked at a lot of things when we came back last December, hoping to move forward,” finance chairman Ron Wyden (D) told reporters. -Or.).

“We are trying to do it as quickly as possible,” he added.

Where is Sinema going?

The question of Kyrsten Sinema still hangs over the addition. The Arizona Democrat’s vote is needed in the Senate 50-50 for Democrats to pass the bill. Only a simple majority is required under budget reconciliation rules, and Vice President Kamala Harris would be called upon to break a tie.

Sinema has remained mum on how she views the bill, and her final decision may not be known until the Senate completes parliamentary review of the text.

“We are in contact with Senator Sinema … I am hopeful that we will all stick together and pass this bill,” Schumer told reporters.

Sinema’s main criticism appears rooted in his reluctance to support changes to the carried interest rate, a provision that is expected to raise $14 billion by closing a tax loophole exploited by hedge funds to reduce their tax payments. She said she supports action on climate policies.

Manchin tried to allay his concerns. He spent about 10 minutes in a vote yesterday afternoon introducing Sinema to the bill as she sat in the presidential chair overseeing the Senate floor.

“She will make a decision based on the facts,” Manchin told reporters yesterday. He also indicated that he provides additional information during interpersonal meetings to work out the provisions of the bill.

Republicans launched their own campaign against the bill, with much of the focus yesterday on Manchin himself.

“I would say to our friend Joe Manchin, he made a terrible deal. Terrible. How he can defend this from a West Virginia perspective or view it as some kind of centrist deal is amazing,” Senate Minority Leader Mitch McConnell (R-Ky.) told reporters yesterday.

“It’s a deal that only Bernie Sanders would like,” he added.

Republicans are also considering amendment votes on the bill in an attempt to break up the climate section and force Democrats into tough votes.

Before being passed with 51 votes in the Senate, the reconciliation bills must go through a marathon amendment session on the floor known as “vote-a-rama”.

This usually doesn’t result in significant changes to the bill, but historically it gives the opposing side a chance to drag out the process and force dozens of uncomfortable votes.

For the energy title of the “Cut Inflation Act,” Republicans appear to be focusing their efforts on global emissions and Chinese supply chains.

Sen. Marco Rubio (R-Fla.) said he plans to file an amendment clarifying that the clean vehicle tax credit can only be applied to cars built with critical minerals from the United States or countries that have free trade agreements with the United States. states.

Specifically, Rubio said the idea was to prevent the bill from subsidizing “essential mineral and battery production in China.”

Most of the lithium, cobalt, graphite, and nickel for electric vehicle batteries come from China, Russia, or other countries that don’t have free trade agreements with the United States.

Sen. Bill Cassidy (R-La.), meanwhile, said he was considering an amendment to determine the bill’s impact on net global emissions.

Democrats and independent analysts estimated that the bill would reduce US greenhouse gas emissions by about 40%. Cassidy wondered if the bill would spur manufacturing to shift to China and other countries with higher greenhouse gas footprints, a longtime GOP sticking point on climate policy.

“If you’re really serious about it, let’s go ahead and do an audit of what they’re going to increase in terms of overseas shows,” Cassidy told reporters yesterday.

Another possibility for Republicans is an amendment to add a carbon border adjustment to the legislation.

Democrats wanted to include a tariff on carbon-intensive goods imported from abroad in their reconciliation bill when they began negotiating it last year, but it fell into talks amid uncertainty about how it would be structured without an internal carbon price.

Manchin and a small group of GOP senators have since expressed interest in the idea (Daily O&MMay 4).

“Wouldn’t that be interesting?” Cassidy said yesterday when asked about the possibility of a border adjustment amendment in a rama vote.

Sen. Kevin Cramer (RN.D.) said he would be interested in such an amendment. But since Republicans don’t favor linking it with a national carbon tax, Cramer said he wasn’t sure it would work with the revenue rules that govern the reconciliation.

“I just don’t know if it would hit the Byrd bath threshold. Probably not,” Cramer said in an interview yesterday. “But we’re sure we’re looking at that as a possibility.”