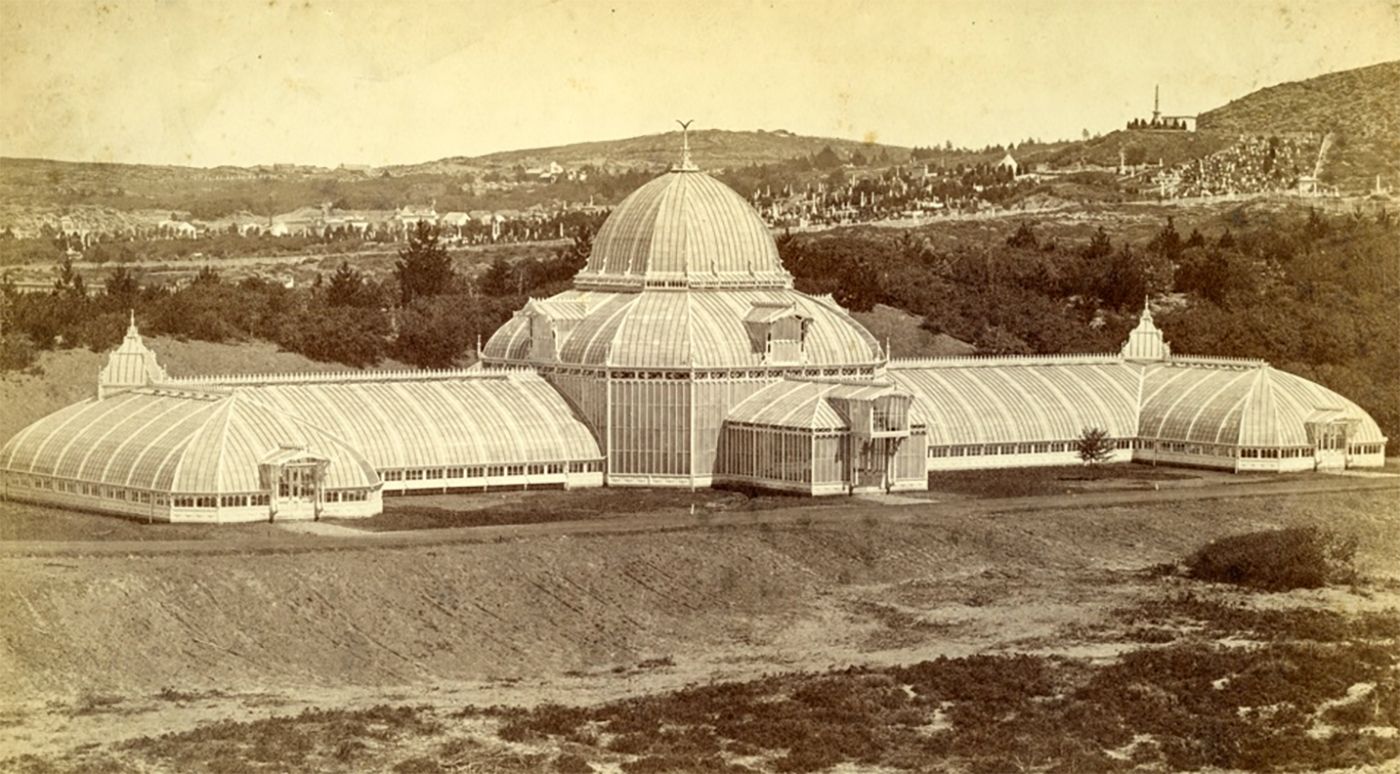 In its history, the SF Flower Conservatory burned down twice and was nearly destroyed by a windstorm in 1995

The story of the grand Victorian greenhouse in Golden Gate Park that has served as San Francisco’s Conservatory of Flowers since 1879 is a bit crazy, and it’s had to be rebuilt three times already.

Following the announcement this week of the Mayor’s proposed legislation that will place the Conservatory of Flowers, along with the Japanese Tea Garden, under the oversight of the SF Botanical Garden Society â€“ the three gardens soon to be known collectively as of Gardens at Golden Gate Park, with free admission for SF residents in all three – we at SFist thought it was time to look back at the somewhat dramatic history of this structure and how it came about. is found in the city in the first place.

Longtime San Franciscans may not know that this example of an ornate Victorian glass greenhouse made its way to Golden Gate Park via an upstate New York manufacturer – or that it is now the oldest public example of a wood and glass conservatory in North America. He came to San Francisco not because of the park’s original design, but somewhat by chance, after a wealthy fan of such structures commissioned two for his estate in San Jose.

According to Conservatory lore, California’s first real estate magnate, James Lick, was the original purchaser of the conservatory’s structure â€“ he is said to have commissioned two, but no one is quite sure what became of the second. Records are sparse, but it is believed that the glass and framing came, somewhat as a kit, from the New York-based company Lord and Burnham – which began around 1849 building glass greenhouses in the area of Buffalo, then moved to Irvington, New York to be closer to customers in the Hudson Valley.

Lick’s commission in 1876 was the company’s first major commission, according to one account â€“ with an order to model two 12,000 square foot verandas after one Lick had seen in London’s Kew Gardens.

But Lick would eventually die in October of that year after the greenhouses had already been shipped â€“ probably on a boat chartered by Lick himself â€“ from New York, around Cape Horn and down to San Francisco Bay. 33 tons of glass then sat unused while Lick’s estate was divided, and what did not go to various beneficiaries ended up in the hands of the California Academy of Sciences in SF and the Society of California Pioneers .

The following year, in 1877, the Society of California Pioneers arranged to sell the greenhouses to a group of “27 prominent San Franciscans and local philanthropists”, as the Conservatory explains, including former mayor William Alvord , Charles Crocker, Leland Stanford and Claus Spreckels. The men intended to then donate the structures to the city for the Golden Gate Park then under construction.

And so Lord and Burnham’s representatives were summoned to the West Coast in 1878 to assist the town in assembling the conservatory building to company specifications – it is believed that, possibly, the remaining glass for the second greenhouse was used for other structures around the park. And in April 1879, the Conservatory of Flowers opened its doors to the public and immediately became a big attraction – with a Palm Room, an Orchid House and a giant water lily, the Victoria regia.

It was only four years later, in 1883, that a fire which broke out in the boiler room of the Conservatory burned down the central dome and destroyed many exotic plants. Charles Crocker reportedly donated $10,000 for the reconstruction of the dome â€“ and it was raised six feet in the process.

Electricity and better temperature regulation will arrive in 1895, but yet another fire will destroy the place in 1918, which will lead to the partial collapse of the roof.

In 1971, despite some neglect over the years, the Conservatory would land on the National Register of Historic Places.

Perhaps the greatest disaster in the history of the Conservatory, and the one that would lead to a seven-year closure, was a devastating windstorm in the second week of December 1995 which followed torrential rains – which also caused a huge sinkhole in Sea Cliff. There were reports of wind gusts over 100 miles per hour on December 12, which toppled around 1,000 trees in Golden Gate Park â€“ and as the Chronicle reported at the time, the damage to the Conservatory was immediately considered the worst casualty, with hundreds of windows shattered and much of the interior now exposed to the elements.

Damage estimates were initially around $10 million, but by the time repairs were made and the Conservatory reopened to the public in 2003, costs totaled $25 million. The Conservatory credits funds from the Richard & Rhoda Goldman Fund and the fundraising efforts of organizations that would become the SF Parks Alliance, which continues to oversee the Conservatory today.

If you didn’t go there to smell one of those rare blooming corpse flowers or to visit the regular exhibits, you should! It’s only $7 for SF residents right now, but in a few months it could be free.