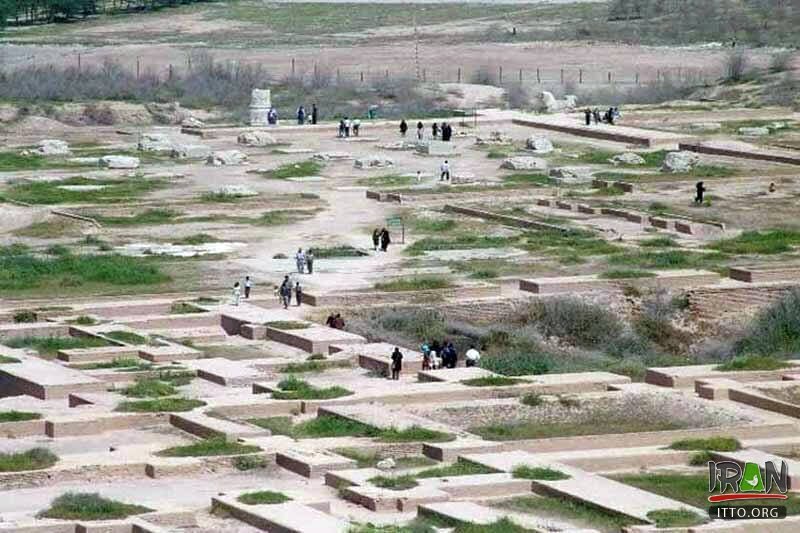 TEHRAN — Once a thriving gem of Sasanian urban environment and architecture, Iwan-e Karkheh is now a gateway to many ancient attractions in southwestern Khuzestan province. Iran.

In Elamite times, Karkheh was covered in palm groves and its groves were so famous that Ashurbanipal called it the “Elamite sacred groves”. The ancient city may have pre-Sasanian foundations, but the actual construction is attributed to Shapur I the Great (r. 240/42 – 270/72).

Its ruins were largely unexplored by archaeologists except for two brief campaigns in the 1950s. Early findings were fascinating; it is a Sassanian city, founded in the 4th century AD and surrounded by a large rectangular wall. The enclosure, which measures about four kilometers from north to south and one kilometer from east to west, is visible over great distances.

A large building, excavated in 1950, may have been his palace. The walls were covered with plaster, the building was surrounded by a garden, and contained a transverse barrel vault of a type which was to become popular in Christian churches, but which was not attested until Iwan-e Karkheh. This building, which also had a square hall under a dome, later served as a mosque.

The Sasanian archaeological landscape also represents a very effective system of land use and strategic use of natural topography in the creation of the first cultural centers of the Sasanian civilization.

Under the Sassanids, Persian art and architecture experienced a general renaissance. The architecture has often taken on grand proportions such as the palaces of Ctesiphon, Firuzabad and Sarvestan which are among the highlights of the ensemble.

Crafts such as metalworking and gemstone engraving became very sophisticated, but the state encouraged scholarship. During these years, works from East and West were translated into Pahlavi, the language of the Sassanids. The rock-carved carvings and bas-reliefs on steep limestone cliffs are widely regarded as striking features and relics of Sasanian art, the best examples of which can be found at Bishapur, Naqsh-e Rostam and Naqsh- e Rajab in southern Iran.

In the time of Shapur I, the empire stretched from Sogdiana and Iberia (Georgia) in the north to the region of Mazun in Arabia in the south; in the east it extended to the Indus River and in the west to the upper Tigris and Euphrates valleys. In 2018, UNESCO added a collection of historic Sassanid towns in southern Iran – titled “Sasanian Archaeological Landscape of the Fars Region” – to its World Heritage List. The ensemble is made up of eight archaeological sites located in three geographical parts of Firuzabad, Bishapur and Sarvestan. It reflects the optimized use of natural topography and bears witness to the influence of Achaemenid and Parthian cultural traditions and Roman art, which later had a significant impact on the architecture and artistic styles of the Islamic era.

Efforts by the Sassanids also resulted in a revival of Iranian nationalism, for example, Zoroastrianism was declared the state religion.

According to the Circle of Ancient Iranian Studies, like other Iranian cities in 7th-century Iran, Iwan-e Karkheh fell to the Arabs after a long and bloody siege. The city suffered more or less the same fate as the rest of Iran during the Arab occupation; it was looted, most of the male population was massacred, children and women were enslaved, and most of the city was completely destroyed.