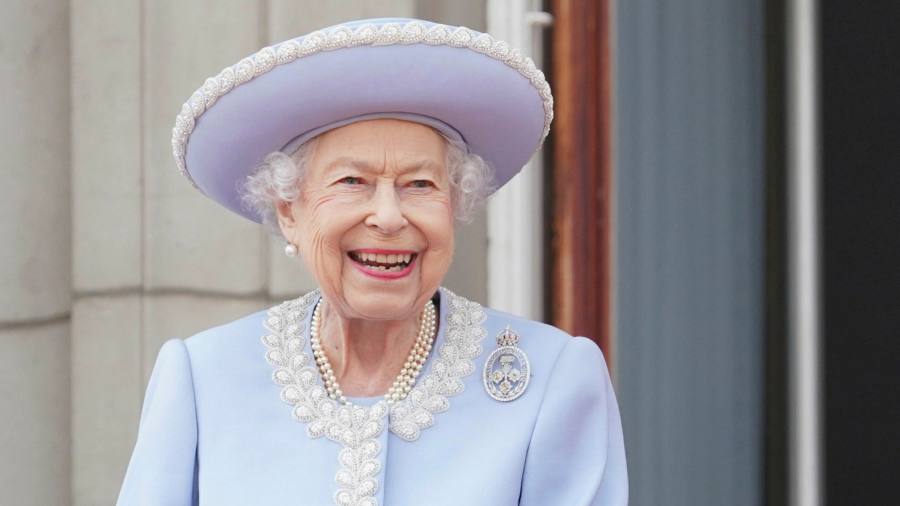 The UK’s Platinum Jubilee pageantry may be over, but union flags still fly over Mayfair – a reminder of the association between this part of London and many gems from the Royal Collection.

Part of the state insignia and a large part of the personal collections of the royal family were made in workshops in the surrounding area. And the jubilee gave local jewelers the chance to share their stories with customers by producing special collections inspired by the Queen’s 70-year reign.

Big names Garrard & Co, Pragnell and Boodles were among those releasing Jubilee collections. Garrard, who has held many historic royal warrants and currently owns one from the Prince of Wales, is known for crafting the sapphire and diamond engagement ring given to Diana, Princess of Wales. It is now worn by the Duchess of Cambridge.

The jeweler marked the Queen’s milestone in several ways, including its Blaze collection. This is inspired by Diana’s ring and traces its history to a cluster design that Prince Albert commissioned from Garrard for Queen Victoria. It is worn regularly by the Queen.

“Garrard is so fortunate to have a rich heritage to draw inspiration from,” says Sara Prentice, Creative Director. “Our collections are still linked to this heritage, which is as fascinating for our customers as it is for us.”

The jeweler’s name is synonymous with some of the most remarkable jewels in British history. At the request of King George V, she mounted the 520-carat Cullinan I Diamond, also known as the Great Star of Africa, in the Royal Scepter.

The distinctive frame motif was revived in Garrard’s Aloria collection in 2020 and now appears in limited-edition pendants and a one-of-a-kind pin. “What resonates with our customers is both Garrard’s rich heritage and our bright, bold design, each with its own unique creative inspiration,” says Prentice. “I think that is true for our customers here in Britain and around the world,” she adds.

A rich history clearly attracts international buyers, but it’s any connection to the Queen, in particular, that is most valued. This can be seen in Bond Street, where Boodles commemorated the monarch’s Jubilee with his Peace of Mined collection.

The company has close ties to the Cullinan mine in South Africa, where the scepter diamond comes from (other stones cut from the original stone can be found in Imperial Jewellery).

Rebecca Hawkins, Head of Design at Boodles, says this natural connection to the Crown Jewels has been inspiring. She used designs from the sunburst fringe tiara the Queen wore on her wedding day, as well as the kaleidoscopic geometry of the garter brooch, for a series of jewels using Cullinan diamonds.

“The provenance of the mine and the key role it played in the Queen’s coronation created a simple and rather charming connection,” says James Amos, Marketing Director at Boodles. “We’ve never designed a collection with a connection to royalty before, but early signs are that our customers are loving the new collection. We sold several pieces of Peace of Mined jewelry in the weeks following its launch.

Pragnell is also a company with a long history of dealings with the royal family. He owns Philip Antrobus, the company that was commissioned by Prince Philip to make the Queen’s engagement ring.

The Pragnell family also had its personal connections. George Pragnell, grandfather of the company’s current managing director, Charlie Pragnell, was apprenticed to Biggs of Maidenhead, who were the jeweler of Queen Mary. She often visited Princesses Elizabeth and Margaret, her granddaughters.

Sketches from the Antrobus Archive inspired Pragnell’s Platinum Jubilee Jewelery Collection, which celebrates each decade of the Queen’s reign. It includes a pewter and Cornish sapphire ring to mark the 10th anniversary and a Royal Worcester porcelain and snow-set diamond ring to commemorate the 20th. There is a rare jubilee-cut diamond ring, a tribute to the 60th anniversary.

“I think everyone loves the Queen,” says Charlie Pragnell. “We are a small British jeweler. It’s part of our call to be truly British and I think the collection is a reminder to those who know our history.

Royalty, as the muse of jewelry, has long resonated with customers.

Annoushka, the London jeweler founded by designer Annoushka Ducas, launched its crown rings five years ago. They are often purchased in pairs to share within families.

Ducas made seven jubilee crowns to mark each decade of the Queen’s reign – in platinum. “Each design bears the hallmark of platinum jubilee,” she says, “making it an investment as well as a treasured piece to wear and enjoy.” The collection “has been very well received and we’ve already sold a number of pieces, which is fantastic.”

Annoushka and Loquet, another London jeweler, have created affordable charms of symbols associated with the Queen. Annoushka produced a corgi, while Loquet made a Tudor rose.

At the high end, Lucia Silvestri, creative director at Bulgari, designed the Jubilee Emerald Garden tiara. She sums up a momentous occasion for all jewelers: “I was inspired by the Queen, a strong and powerful woman, an icon of our time.”

Robert Colescott throws down the gauntlet