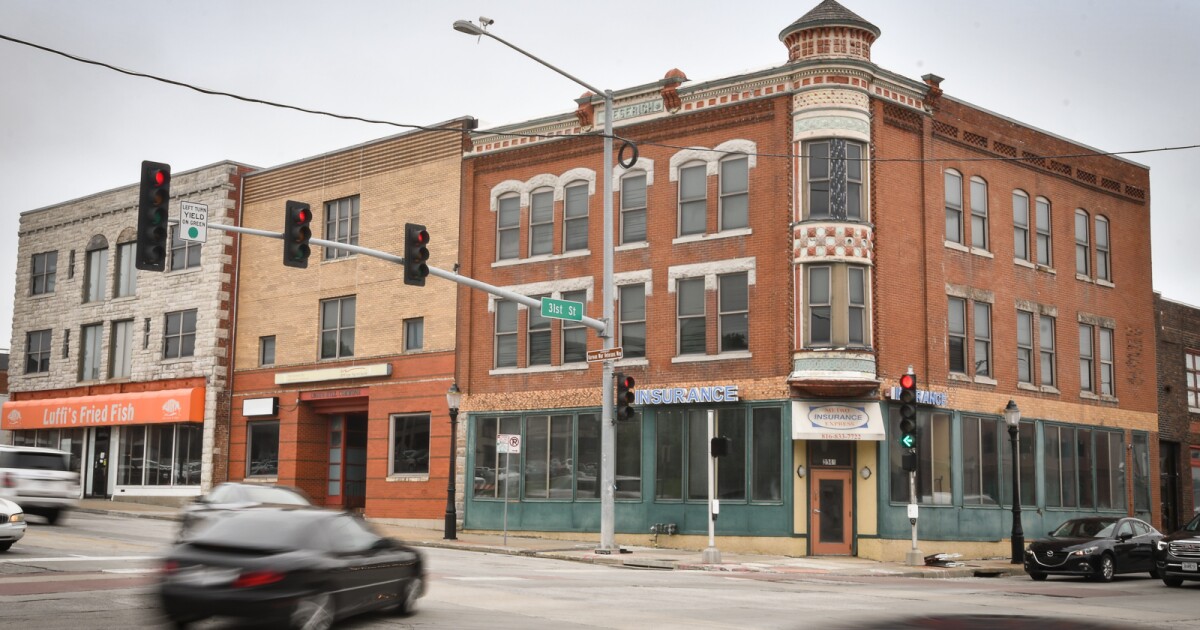 The group of buildings at the corner of 31st and Main streets in downtown Kansas City are over a century old. Their empty storefronts and brick and limestone exteriors face a busy thoroughfare, and brightly colored murals cover their walls.

Earlier this month, a development company said it planned to demolish the buildings, sparking a backlash among some Kansas City and downtown residents.

“When the news of the demolition came, the neighborhood association really came together and said, ‘What can we do to try to preserve what’s there, or at least as much of what’s there? as possible?'” said Stacy Garrett, president of the Union Hill Neighborhood Association.

Eric Bunch and Katheryn Shields, members of the 4th District Council, whose district includes downtown, moved quickly to stop the proposed demolition. Last week the two applied to put the buildings on the Kansas City Register of Historic Places, creating six months of respite during which nothing can be done to the structures. If buildings obtain historic monument status, they become eligible for historic tax credits.

Normally, these applications for historic designation are filed by building owners. Bunch said the last time similar action was taken was when officials acted to preserve Union Station about three decades ago.

“I realize that’s a pretty extraordinary measure to save this building,” Bunch said. “But we felt it was important enough, historic enough to move forward with a way to save it.”

The landmark application will be reviewed by the Kansas City Historic Preservation Commission and requires City Council approval.

The buildings are owned by Price Management Co., a property manager based in Overland Park. Flat terrain reported last week that Price planned to raze the buildings. Price said he does not plan to redevelop the site until the tram extension is complete.

“There’s no reason to believe the developer is going to preserve the historic feel of this corner, or even factor the gateway to Union Hill into the development plan,” Garrett said.

In the years between 1880 and 1890, the buildings, located along the old Kansas City streetcar route, were places of commerce and business at a time when Kansas City was experiencing a population boom and rapid economic growth.

The businesses they housed included hardware stores, saddlery, investment company, shoe repair and other businesses. The name of an old company, Lufti’s Fish Fry, is still engraved on a bright orange panel in front.

The Jeserich building, which dates from 1888 and is the oldest building in the group, has Victorian architectural features. Garrett said the Union Hill neighborhood had houses with similar characteristics.

“If you look at the intersection of 31st and Main, that specific corner is the last remaining corner of any architectural interest,” Garrett said. “… We consider 31st and Main to be one of our main entry points into the neighborhood.”

Because they’re among the oldest structures still standing on Main Street, it’s all the more important to preserve them, Bunch said.

He noted that the city had already lost much of its historic building stock.

“We’re never going to get that back,” he said. “What I’d like to see is that instead of tearing down more historic buildings without a plan in place…I’d rather see people reusing buildings, historic buildings that are there as much as possible, and start filling in those that are empty. empty, dusty, gravelly lots and parking lots instead and add density to the city center.

“With the board action, maybe it gives people some time to dig deeper and see if there’s a way to make something work that’s doable for the developer and salvage some of the historic structures,” said he declared.