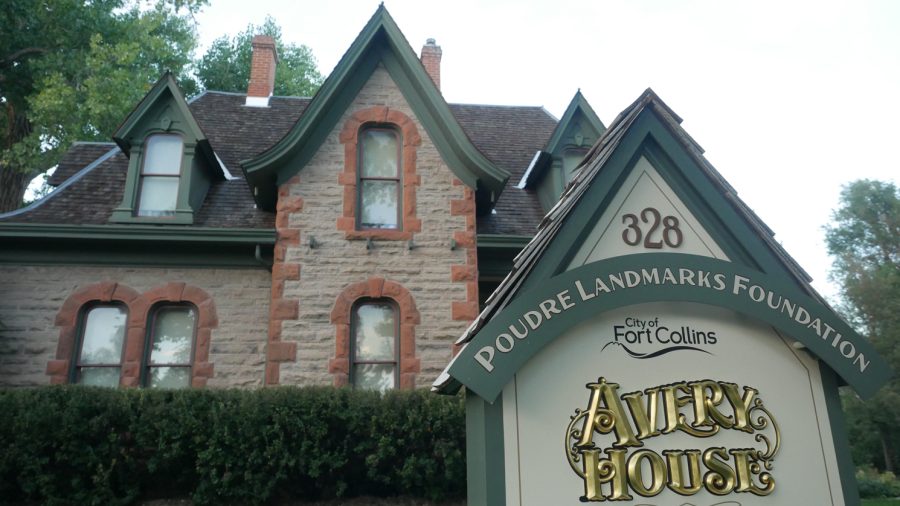 The foundation provides an engaging way to learn local history

The exterior of Avery House on September 19. The house is one of many historic sites in the city that is preserved by the City of Fort Collins.

The Landmarks Powder Foundation held its 38th edition Visit historic houses September 17. With five private residences and two restored Mid-Century Modern homes owned by the city, guests were free to roam from one to the other as they pleased.

The nonprofit’s mission statement is clearly displayed on its website as to preserve, restore, protect and interpret the architectural and cultural heritage of the Fort Collins area.

According to the website, adult tickets cost $25 if purchased in advance. These proceeds are used to continue the restorations of all of the historic homes of the Landmarks Powder Foundation.

This tour has been around since 1985, but it’s not the only event on offer. Interested parties are able to rent specific spaces for weddings, photo shoots, celebrations and more.

Although this is not a guided tour and visitors have the freedom to explore at their own pace, if any questions arise a docent is on hand to explain the history and upkeep of all Properties.

However, if you prefer a fully guided tour, a 45-minute tour of the Avery House is available for those who appreciate a more in-depth explanation of the story, said Sarah Tisdale, one of the volunteer guides.

Tisdale is one of approximately 30 guides and is also a board member of the Landmarks Powder Foundation and head of the costume committee. She volunteers about once a month while balancing her work as a graduate advisor at Colorado State University.

With a master’s degree in history and a passion for costume making, Tisdale highly valued his involvement with the foundation.

“I love when people walk into the house and don’t really want to be there,” Tisdale said. “Maybe their partner dragged them in, but at the end of the tour, they engage, they ask questions, they make eye contact.”

Viewers walked through Meeker Drive, chatting with docents and homeowners who told stories about building and renovating their properties.

One landlord, Tyson Hall, who currently lives in Shaw House, said it was the first year he and his wife had taken part in the tours.

The Shaw House was built in 1920 and is a very popular place. Viewers were able to wander all around the area during the tour, including upstairs, which houses a few bedrooms and a vintage library with floor-to-ceiling bookshelves.

Hall said the house looks the same for most of the year, even when guests aren’t on tour. The only things he needs to put in place are the information boards attached to the historical objects and supplies on display.

The Poudre Landmarks Foundation is not just of interest to local Fort Collins history buffs. Anne Medlock, professor of costume design at West Texas A&M University, visited the Avery home in 2017 after receive a grant from the Center for the Study of the American West to research the construction of historical clothing.

After a week of taking measurements and creating patterns, she used her findings to help her students create accurate costume designs for their performance of Georges Feydeau’s 1907 play “A Flea in the Ear.”

Medlock said it’s rare to find realistic clothing in museums, as they tend to show formal wear from wealthier families.

“I think sweat stains are the coolest things in clothes because I can tell someone has worn them; I find so many dresses that look too pristine or were given away with the price tag still on it,” Medlock said.

The tattered clothes from the House of Avery gave Medlock a more authentic and accurate take on 1900s fashion for his project.

After 38 years, the foundation still manages to capture the interest of many residents and tell the story of Fort Collins’ historic homes in a fun and interactive way.