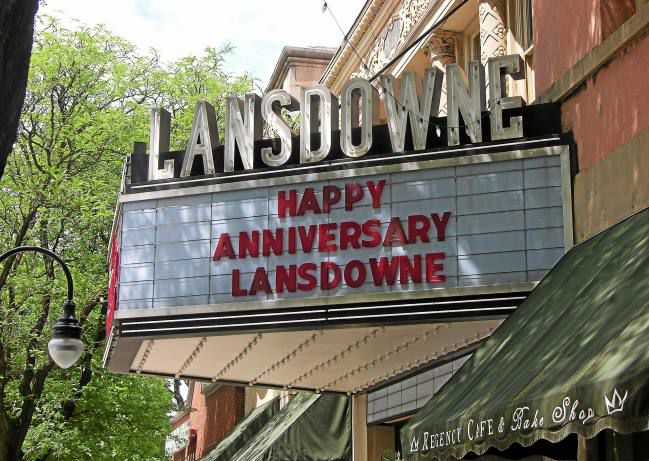 Lansdowne Theater could open as early as summer 2020 after receiving $3.5 million boost

LANSDOWNE – Thanks to a $3.5 million increase in county and federal funding, the Lansdowne Theater could open its doors to public performances as early as summer of next year.

“We expect to begin construction in June or July and we anticipate a 12-month construction period,” Matthew Schultz, president/CEO of Historic Lansdowne Theater Corp. “It may take a bit longer due to supply chain issues. but we will see.

The 1,280-seat theater has been largely closed since 1987 and is owned by the Historic Lansdowne Theater Corp., a nonprofit that raises money to reopen the 1927 site. Schultz predicted reconstruction costs would be d $16.5 million to restore the facility after years of deferred maintenance.

He explained that these workers will be paid at the prevailing wage.

Additionally, the theater’s leaded glass windows will be restored by a Lansdowne-based craftsman, and Schultz planned that the foam rubber used in the theater’s seats would be sourced from a Yeadon company.

“I support this wholeheartedly and enthusiastically,” Delaware County Councilwoman Elaine Schaefer said. “I feel like this is an incredibly appropriate use of ARPA money, as it is a direct investment in an economic development project that will have an immediate impact on our economy.”

She noted the $16 million worth of restoration work done by regional workers, as well as the ripple impact on restaurants and other local businesses.

“I can’t wait until summer 23 when I can go get a nice meal at Lansdowne and then see a show,” Schaefer said.

The money also comes from Washington.

In the spending bill passed by the US Senate on March 10, $81.6 million was earmarked for 63 projects across Pennsylvania. Among these, the Historic Lansdowne Theater Corp. received $1.5 million for its support as a regional performing arts venue.

“Lansdowne Theater is an iconic Delaware County landmark and I applaud those who have worked tirelessly to restore and preserve the theater and its history,” said U.S. Senator Robert Casey, D-Pa. “With this funding, the historic Lansdowne Theater is set to reopen, which will not only revitalize the theater, but Lansdowne’s economy. I was proud to advocate for this funding with (US Rep. Mary) Scanlon and will continue to work to bring home federal dollars to invest in Delaware County.

That same theater allocation was supported by Scanlon, D-5 of Swarthmore, who passed a package including nearly $8.5 million in community project funding for projects in the district.

Of the vote for HR 2471, the congresswoman said, “‘I came to Congress to fight for the residents of PA-05, and I’m excited for everything this bill will do for my constituents. The government’s new funding program addresses some of our nation’s greatest challenges while investing in America’s middle class. It also provides more than $304 million in much-needed funding for projects that directly address some of the greater Philadelphia area’s most pressing needs – jobs and economic development, climate resilience, access to treatment for drug use disorders. of opioids and improved mental health resources. during emergency situations. I am incredibly proud to have fought for funding that will make our community healthier, safer, stronger and even more resilient.

In his presentation, Schultz spoke about the lineup, most of which will be organized by BRE Presents, which also books concerts and events at the Keswick Theater in Glenside, the Scottish Rite Auditorium in Collingswood, NJ, the Wells Fargo Center, the Met and at the Kimmel. Center, all in Philadelphia.

“Their shows offer a wide range of performers, many of whom will appeal to a wide range of audiences both racially and culturally,” he said, adding that around 25% of performances at Lansdowne staged by BRE will feature black and Latino artists.

Schultz said the Historic Lansdowne Theater Corp. retained programming rights to 25 nights a year at the theater and that they will be used to rent out to local performing arts and school groups, as well as a local Gospel event.

“We would like to bring together the best of Gospel choir competitions, from churches in our area to compete for entire weekends at Lansdowne,” Schultz said.

He explained that all regulatory approvals in the land planning and zoning process have been obtained. Since the facility is on the National Register of Historic Places, they also had to get approval from the National Park Service and the Pennsylvania Historical and Museum Commission.

Columbus Construction has been put in place as Construction Manager and is ready to solicit bids from all contractors and accessibility permits have been approved by Linn Architects.

Schultz said funding was secured through WSFS and Historic Lansdowne Theater Corp. is excited to start the project.

“After many years, we are ready and eager to go and start bringing the benefits to Lansdowne, eastern Delaware County and the county as a whole,” Schultz said.