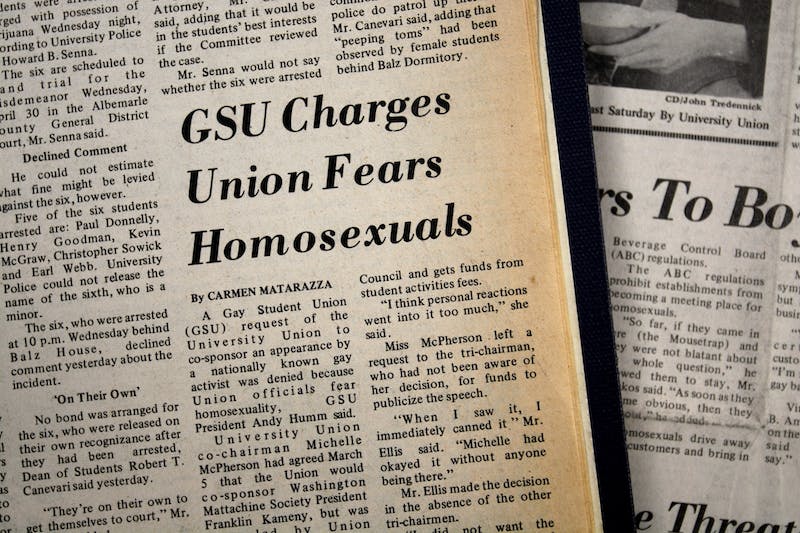 I went to U.Va. with Bert Ellis and I am, of course, revolted that he is the kind of person Governor Glenn Youngkin wants to help unravel hundreds of years of liberal University education. While Ellis’ idea of ​​free speech is promote discredited racists such as William Shockley, he has a history of to delete LGBTQ+ voices dating back to our time at the University.

Charles Francis, an archival activist, college alumnus, and president of the new Mattachine Society of Washington, D.C. found this quote from Ellis at the time in The Cavalier Daily with this – “I didn’t want the university union is associated with the GSU. Considering the student population here, this is not the type of activity the University Union should be sponsoring. This is [homosexuality] this is not a popular question at the University, and it would not help the position and prestige of the University Union. The GSU assumed sole sponsorship of the event, and Kameny filled the room. Francis wrote about it all in the Washington Blade here.

Kameny became one of the most honored Americans of his time. His papers were acquired by the Library of Congress. His home is listed on the National Register of Historic Places — an honor that will never go to Ellis or Youngkin.

Ellis was in favor of “cancel culture” when it was a right-wing tool to suppress topics such as gay rights that they saw as a threat. And now he’s in cahoots with Youngkin and much of the Republican Party to censor the curriculum again. and topics that don’t fit their straight, white Christian fantasies of what America was, is, or should be.

I remember these words of Thomas Jefferson carved in stone above an entrance arch to the University – “We are not afraid to follow the truth wherever it may lead, nor to tolerate any error as long as reason is free to fight it.” The Youngkins and Ellises of the world cannot handle the truth about such things as differences in human sexuality and the deeply racist underpinnings of our country. Yes, they have taken a certain power in this decisive moment. But the truth will come out.

Andy Humm is an alumnus of the Class of 1975 and co-host of Gay USA, a weekly national cable news program on LGBTQ+ issues around the world.

Elevate Your Labor Day With These 5 Weekend Getaway Ideas