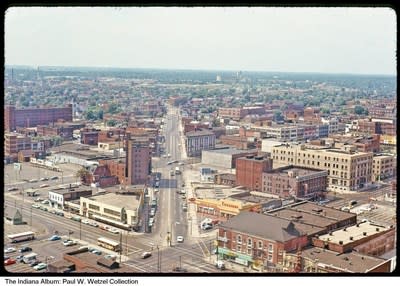 The grants will support ULLI’s focus on centering black cultural heritage in historic revitalization, land use planning, and placemaking. This new CHDC will seek to create a model for the preservation and stewardship of Black heritage communities through equitable and inclusive neighborhood growth and development. ULLI will primarily focus on Historic Indiana Avenue, one of the nation’s most prominent black heritage communities, which had nearly 5,000 homes and businesses razed between 1958 and 2000. League, Goodwin SquareLockefield Gardens*, Saint-Philippe Episcopal Church*, Crispus Attucks High School *, Historic Ransom Place*, Fayette Street Historic Neighborhood, the 500 block of Indiana Avenue*, the headquarters of the “colored” Knights of Pythias* and Flanner House Homes*. *listed on the National Register of Historic Places

Additional work will focus on the preservation of historic Fox Lake, a resort community located Steuben County in northeast Indiana also listed in the National Register. It is about to celebrate its hundredth anniversary and is one of only two existing Black Lake resorts in the country. Fox Lake founding families included executives of the Madam Walker Manufacturing Company who, along with other black professionals from Indianapolis, Fort Wayne, Detroitand Chicagosought a safe place for their families to recreate.

“We are extremely grateful and incredibly proud of the support we have received from the Mellon Foundation and the Lilly Endowment to preserve and rebuild Black Heritage communities,” said Indianapolis– native speaker and ULLI Claudia Polley. “For generations, Indiana Avenue has suffered significant neglect and disrepair. This funding changes that trajectory. Instead of accepting the worst of its past, we now have the opportunity to restore the story of vibrancy, connectivity, and culture of the avenue. ULLI allows us to use the best of the past as a catalyst for the best of the future.”

In 2020, OG Ink Ltd, a small group of elders focused on black heritage, came together to find better solutions for the future of Historic Indiana Avenue. Their efforts followed the example of work started by Reclaim Indiana Avenue and were energized by the Black Lives Matter movement due to the demand for change that emerged after by George Floyd murder. ULLI was born out of these urgent and creative times.

Not only rooted in the past, ULLI is headquartered at 16 Tech, the innovation district at the north end of Indiana Avenue, a tangible demonstration of ULLI’s investment in the future of the neighborhood.

Urban Legacy Lands Initiative Inc. is a Cultural Heritage Development Corporation (CHDC) focused on black cultural heritage in historic revitalization, land use planning and placemaking. ULLI’s primary focus begins with the revitalization of historic Indiana Avenue and continues its work with the preservation of historic Fox Lake, one of only two Black Lake resorts in the country. For more information, please visit www.ulli1.org.