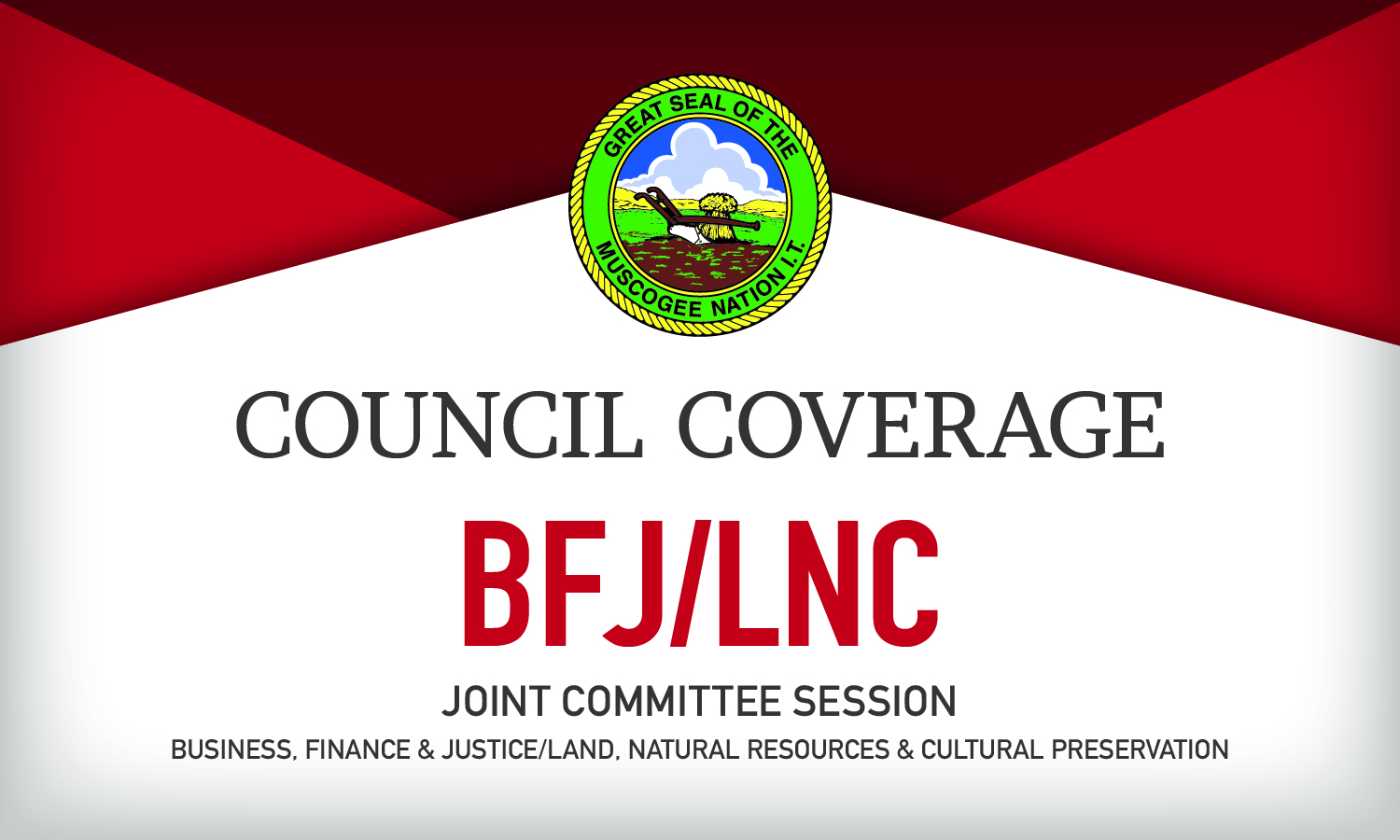 All adopted laws will be submitted to the full Council during the ordinary session on December 18.

BFJ / LNC discussed the following legislation, the interpretation of which is attributed to language in bills:

TR 21-166 Authorize the Principal Chief to sign an agreement between the Muscogee (Creek) Nation DBA Looped Square Meat Company and the Harley Hollan Company. Representative Joseph Hicks sponsored the resolution, which was postponed indefinitely with an 8-0 vote.

There was no discussion for this resolution.

During the discussion it was stated that more time is needed to review the budget and have a discussion with the architect before submitting it to the full council.

The Muscogee (Creek) Nation uses utilities and the services of various service providers. It is necessary to regulate public and / or tribal services within the jurisdiction of the Nation in order to provide the Nation and consumers with adequate and reliable services at reasonable costs and rates.

CAS 21-163 Authorize the expenditure of self-governance funds for the Muscogee (Creek) Nation Tribal Utility Authority for the benefit of the Office of the Secretary of Nation and Commerce. Representative Joseph Hicks sponsored the resolution, which passed 8-0.

A grant fund in the amount of $ 334,507.00 from the Home Self-Government Department will help establish a tribal public service authority, to meet the urgent need for adequate regulation and management of public services.

ARPA funds will be used for the Climate Resilience Project, to provide adequate water and sewage infrastructure to prevent pollution of the water in the Arkansas River and its tributaries from flooding. climate related.

Representative Travis Scott was absent from the meeting.

For a video of the committee meetings, visit: www.mcnnc.com.