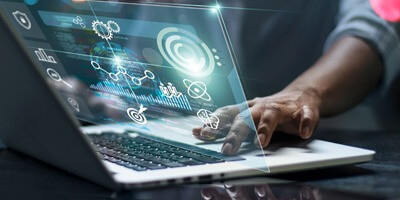 For centuries, important cultural materials – from books, historical documents and letters to photographs, sculptures and paintings – may have been stored, only to be rediscovered at some point in the future.

However, as Jaime Schumacher of Northern Illinois University Libraries points out, many contemporary materials that could be used by future generations to understand us are now only digital in nature, including videos, photos, communications on social networks, blogs, works of art, reports, music. , articles and emails.

“Preserving these materials for future access is a complex challenge,” said Schumacher, Director of Scholarly Communications at NIU Libraries and internationally recognized for her expertise in preserving digital materials. She and her NIU colleague, Drew VandeCreek, have worked for the past decade to help NIU and other institutions nationwide preserve digital materials of cultural value.

Today, the National Endowment for the Humanities (NEH) is giving a major boost to their efforts.

NEH awarded the pair a $349,000 grant to provide training for archivists as part of NIU Libraries’ Digital POWRR project, short for Preserving Digital Objects with Restricted Resources. The project, which has already trained hundreds of professionals in medium and small institutions, focuses on the preservation of digital documents that increasingly constitute large parts of library, archive and museum collections.

“These records that are created and held by individuals and organizations from underrepresented communities are particularly at risk of loss due to long-term systemic inequities in the distribution of resources and opportunities,” he said. she adds. “Larger, well-funded organizations have long-standing funding sources and access to technical skill sets that allow their digital documents to be stored and stored securely. People working in many historical societies, tribal archives, local museums and other smaller-scale cultural heritage organizations lack the funding and special skills needed to organize and preserve their unique digital records.

In total, the Digital POWRR project has now attracted a total of approximately $1.4 million in federal funding support, with previous grants coming from the NEH and the Institute of Museum and Library Services. The project, which began at NIU and is now also affiliated with Arizona State University, has trained 520 professionals from 367 institutions, 35 states and the District of Columbia, and 10 Native American tribes and cultural heritage institutions.

“Digital materials are very prone to loss for a number of reasons,” said VandeCreek, director of digital grants for NIU Libraries.

“The media on which they are stored can fail or be damaged by a natural disaster or accident,” he said. “The software format in which they were created and stored may also become obsolete. In some cases, data stored on intact storage devices can be compromised by seemingly random failures known as bit rots.

Digital materials, like their physical counterparts, can be invaluable. Schumacher recalls a training event held on the lands of the Confederate Tribes of Warm Springs in the Pacific Northwest. A member of a tribal nation approached the formation asking for help with a box of tapes containing recordings of tribal elders speaking in their native language.

“Only a few Elders were still living, and their language was in danger of being lost with their passing,” Schumacher said. “At the POWRR event, we were able to provide critical digital preservation training and help them formulate a plan to rescue legacy media recordings, perform initial preservation actions on the recordings, and create a workflow to preserve the recordings of their elders. in the future.”

New NEH funding will support the development, planning and presentation of five professional development events discussing how to introduce measures to improve levels of digital preservation into existing library, archive and museum workflows . The three-day events each serve 30 practitioners. Two will be held at NIU Naperville, two at Arizona State University, Tempe, and one at Oklahoma State University.

Institutional professionals will be trained to programmatically transfer documents to a central and backed up storage system, establish workflows for their ongoing preservation, and monitor their integrity using free and open source software to facilitate their efforts. Each professional receives one-on-one consultations to identify gaps in their current processes and create longer-term preservation plans. The project also provides a peer group of fellow practitioners who face similar challenges, resulting in a community of practice with a built-in support system.

Frederick Barnhart, Dean of NIU Libraries, said he was proud of NIU’s leadership role in the Digital POWRR project.

“By helping other libraries and museums use open source software and tools to organize and share their unique collections, we all benefit and gain greater access to culture and history that might otherwise remain hidden,” Barnhart said.

Save the Date for a Celebration of Outstanding Research, Art and Service Projects