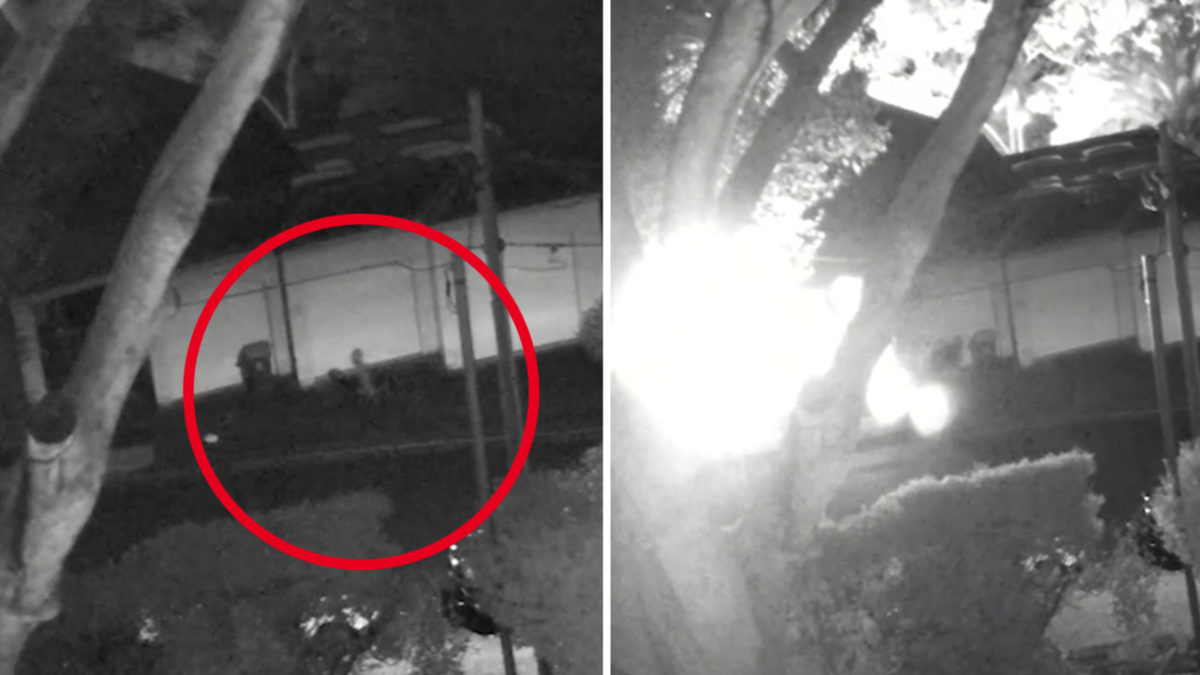 The Northwood house in Sydney’s Lower North Shore was destroyed by fire just after 11pm on Saturday September 3.

Now NSW Police have released CCTV footage of a man walking towards the house moments before it was set on fire, hoping the public can help with their investigation.

WATCH THE VIDEO ABOVE: CCTV shows the moment the Sydney Mansion goes up in flames.

“As investigations continue, strike force investigators have released CCTV footage of a man who they believe may be able to assist them in their investigations,” they said in a statement.

“The man, dressed in dark clothing, can be seen on Cliff Road shortly before and after the fire started.”

No one was home at the time and no injuries were reported.

Firefighters say they were faced with a massive blaze, with some flames reaching heights of 20m, according to Jim Murphy of Fire and Rescue NSW.

Police suspect the fire, which destroyed the house, may be arson.

“At the time, we realized we couldn’t save the house that was on fire,” Murphy told Weekend Sunrise.

“Firefighters were worried about nearby properties so they immediately got to work and protected those properties, while our two teams carried out a very quick search to see if anyone might have been inside.”

It took over an hour for more than 50 firefighters to bring the blaze under control.

The six-bedroom house on Cliff Road – which also included four bathrooms, a wine cellar and a library – sold for $24.1million last November, according to online data.

The cause of the fire is under investigation.