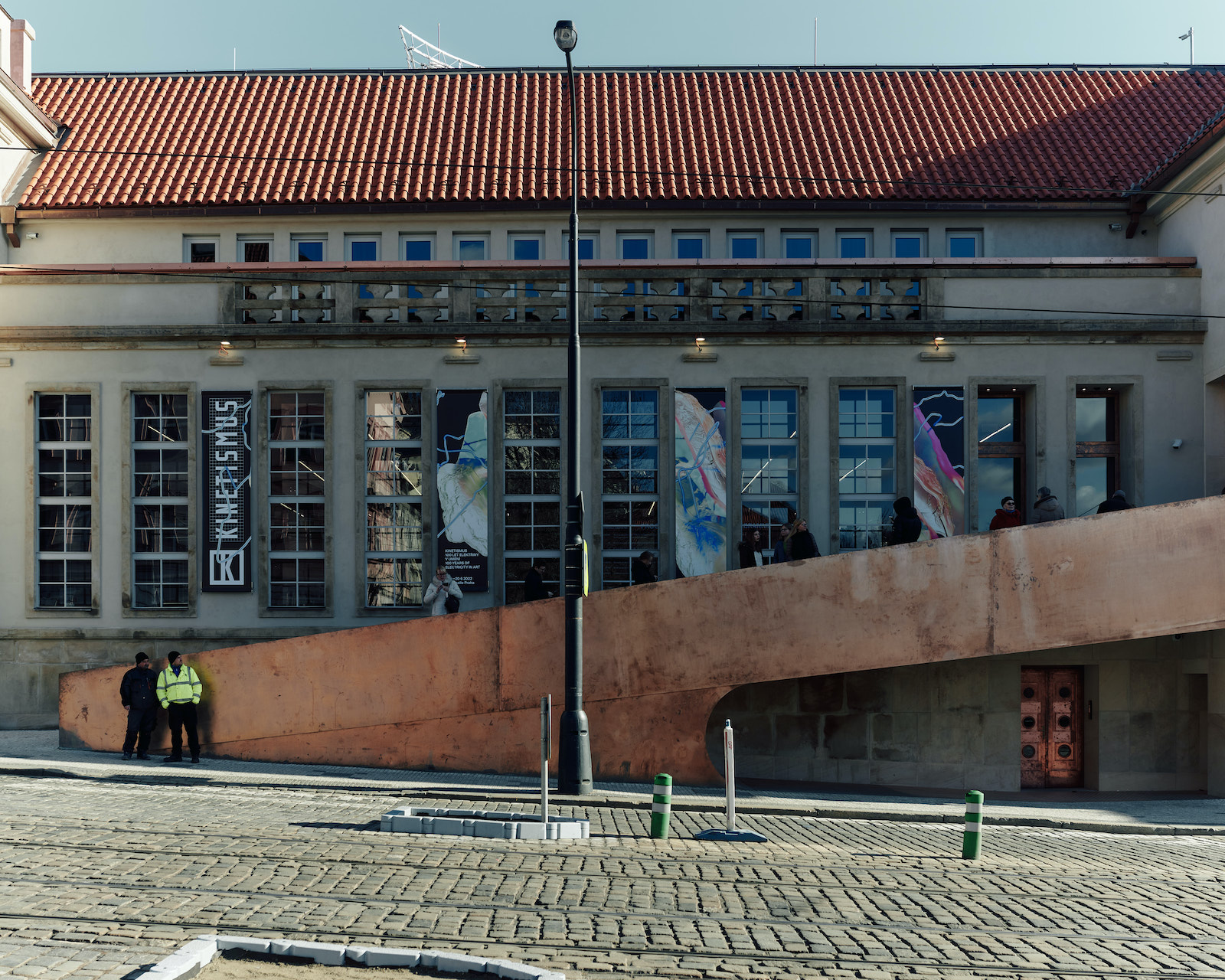 PRAGUE — The specter of communism haunts Prague’s art scene. The city’s first private museum, Kunsthalle Praha, opened in February, marks a break with the state-funded cultural industry that once thrived but has struggled in recent years.

For nearly a century, artists and curators in Prague have relied on the Czech government to fund exhibitions and residencies. Under communism, the state was the sole provider of cultural funds. After the fall of communism in 1989, the city clung to this communist-era relic even as other European arts centers embraced private funding. The National Gallery in Prague is still fully funded by the state, as are several of the city’s many residency programs.

This support structure has made the city particularly attractive to young artists from elsewhere in Europe. Prague is located close to other major artistic centers like Vienna and Berlin, so it is an ideal crossroads for artists from Central and Eastern Europe. Czech artists and collectors tend to have close relationships with their counterparts in art communities in neighboring cities, such as Dresden and Katowice. “Artists from all over Europe come to Prague. This type of exchange is the best way to energize an artistic scene”, notes Christelle Havranek, chief curator at the Kunsthalle Praha.

Prague is often the first stop for recent graduates from art schools in France and Germany. State funding also means there is ample funding for newcomers looking to relocate, and the city’s relatively small arts scene is easier to break into than larger ones in London or Paris. “They will come here for two, three or four years,” explains Piotr Sikora, who organizes artist residencies at MeetFactory. “The scene is quite welcoming and there are structures in place to help them live here.”

Unlike most other European cities, which have several major museums that share cultural significance, Prague’s museum scene remains concentrated in a single institution. In addition to serving as the guardian of the country’s national art collection, the National Gallery is also responsible for championing young Czech artists and hosting traveling exhibitions.

However, budget cuts have pushed the already overstretched institution to the brink. During the pandemic, the Czech Republic implemented an austerity plan that led to deep cuts in its cultural budget. Artists complained of poor pay and unluxurious treatment, as well as a drastically reduced acquisition budget.

Part of Kunsthalle Praha’s proposal for the city is to introduce a private funding model as a means of alleviating the financial difficulties of the public National Gallery. The founders and main donors of the museum are Petr and Pavlina Pudil, one of the most important families of art collectors in the Czech Republic. Through their family foundation, the Pudils financed the construction of the museum and donated their entire collection to the Kunsthalle on permanent loan.

This approach enabled the Pudils to circumvent many of the constraints faced by state-funded institutions, including funding limitations and the climate of the political environment. “Public institutions tend to be vulnerable to political influence, which we have seen here and in neighboring countries like Poland and Hungary,” says Ivan Goossen, director of Kunsthalle Praha. In contrast, Goossen notes, private institutions are limited only by the desires of their members and donors, allowing them to develop a more robust program. Indeed, in 2020, the National Gallery’s annual budget was around $20 million, half of what it cost to build the Kunsthalle Praha.

inaugural show of the Kunsthalle Praha, Kinetismus: 100 years of electricity in art, does exactly that. Curated by Christelle Havranek and Peter Weibel, director of the Zentrum für Kunst und Medien in Karlsruhe, Germany, the exhibition traces the history of electricity in art over the past century. Kinetics combines works by art history textbook stalwarts like Marcel Duchamp and Man Ray with internationally recognized contemporary names like William Kentridge and Olafur Eliasson to explore how electricity has transformed art practices. Drawn from collections around the world, the chosen works rely heavily on live performance (lights, sound, physical grandeur) and interactive participation – a clear sign that the museum’s inaugural exhibition is meant to be remembered.

In addition to his global aspirations, Kinetics seeks to magnify the work of Zdeněk Pešánek, an unrecognized Czech artist who was a key figure in the early 20th century avant-garde scene in the country. In 1932, Pešánek was also selected to design a series of sculptures to adorn the facade of the Zenger electrical substation, which now houses the Kunsthalle Praha. As part of the exhibition, the museum recreated the neon and plastic works, which mysteriously disappeared in the 1930s after being displayed at an exhibition in Paris.

Although run by private individuals, artifacts of the communist state are deeply embedded in the Kunsthalle Praha. In the past, the Zenger substation was a crucial part of the city’s electricity grid, powering parts of Prague’s legendary tram system. And like many aristocrats in the former Eastern bloc, the Pudils profited from the wave of privatizations that occurred in the 1990s. In the case of Petr Pudil, he acquired the coal mining operations belonging to the state of the country.

When plans to launch the museum were first announced in 2019, Pudil’s role in privatization after 1989 was highlighted. After a local art store published an investigation into the family’s finances, some artists and curators began to oppose the new institution. Their concerns were rooted in both Pudil’s libertarian ideology, which they saw as detrimental to the local arts community, and his involvement in an environmentally destructive industry. For their part, the Pudil family says they have long since moved away from coal and are now focusing on solar power and other more environmentally friendly energy sources.

“I think the 90s really left a bad taste in some people’s mouths. A lot of people really see this period as the heart of our problems today,” says Tereza Stejskalová, program director of the Czech branch of Tranzit, a pan-European arts organization. These problems – which extend to other arts hubs, such as Warsaw, Bratislava and Berlin – include increasingly unaffordable housing and dwindling funding for the arts.

In Berlin, a city whose rapidly developing arts scene has served as a model and a warning to many Prague residents, another private kunsthalle project has attracted unwanted attention. The debate around the Kunsthalle Berlin has also focused on the privatization of art institutions and its effects on the city. Earlier this month, more than 650 artists, critics and curators signed an open letter denouncing the new exhibition hall.

The shadow of late communism also affected the priorities of Eastern European artists. A younger generation of artists and curators grew up in a much richer post-communist landscape than that of their parents. Greater resources for travel and better funding opportunities have pushed them to foster links with other art scenes in the former Eastern bloc countries. Curator Sikora and others have helped shift the focus inward, while organizations like the Biennial Foundation of Eastern Europe have formed regional alliances.

“There is a movement that says: maybe we don’t need the West as much anymore. Maybe we can connect with other Eastern European countries instead,” says Stejskalová. By offering an internationally oriented program that focuses on Czech artists, the Kunsthalle Praha seems determined to cross the border between East and West, as well as between past and present.