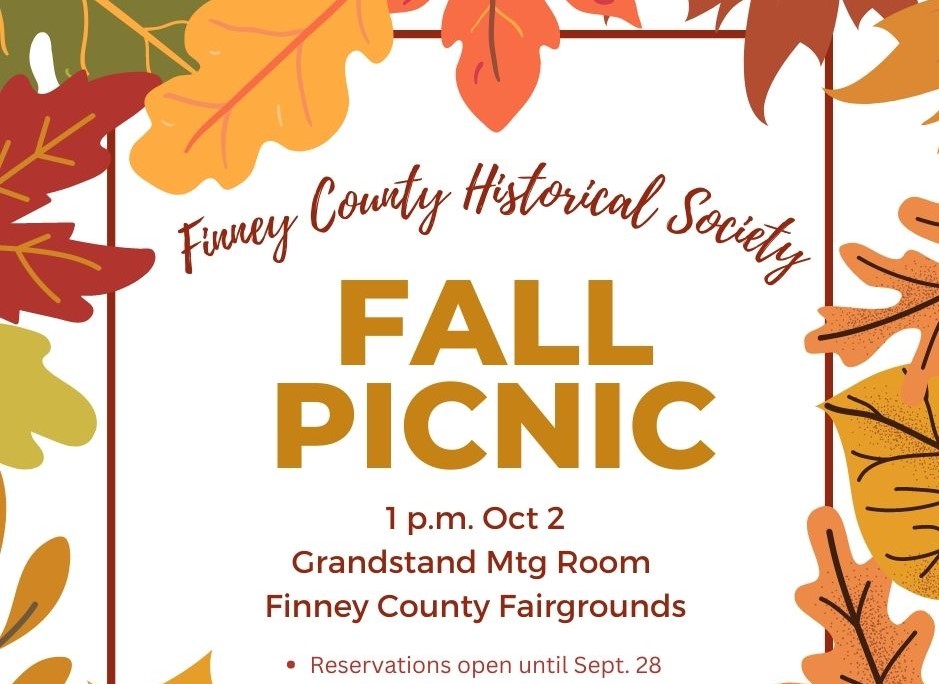 Reservations are open through September 28 for the 2022 Finney County Historical Society Fall Picnic.

The annual indoor picnic is scheduled for 1 p.m. Oct. 2 in the Grandstand Assembly Hall at the Finney County Fairgrounds in Garden City, with a presentation by Kristi Newland, Zoo Director Lee Richardson.

Newland will focus on the history of Garden City’s popular 95-year-old zoological attraction.

The public is invited to join FCHS members at the event. Admission is free but reservations are required by September 28.

Anyone planning to attend is asked to bring a side dish, salad or dessert to share. Fried chicken, drinks and table service will be offered.

The zoo and the museum are separate entities but are located together. Newland was chosen as the presenter as the zoo celebrates its 95th anniversary.

The zoo was started in 1927 by the city and local chapter of the Izaak Walton League, with two skunks brought in by Lee Richardson, who served as Garden City’s first police chief. The zoo was officially named in honor of Richardson in 1950, a year before his death.

The Sunday picnic will conclude with a donation raffle, offering cash and merchandise prizes donated by a number of businesses, individuals, families and organizations.

Tickets for the raffle will be available at the event and through invitations sent to members of the society.

Proceeds will be used to support museum exhibits and programs. The presale of raffle tickets is also underway at the museum at $1 each, six at $5, or 12 at $10.

Will the 2023 municipal elections push the Chicago Aldermanic Black Caucus further to the left? • The TRiBE