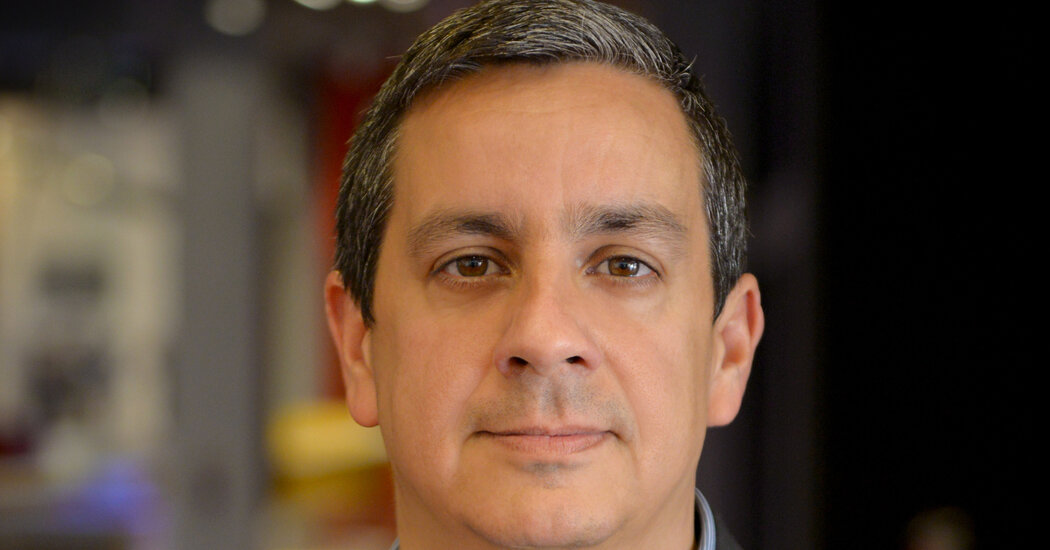 Smithsonian names first director of Museum of the Latin American

The National Museum of the Latin American, a new Smithsonian institution, is at least a decade away from opening. For now, he has no budget. No building. No collection. But it now has its first permanent director, Jorge Zamanillo.

“I’m excited to lead an institution that will present a comprehensive picture of diverse Latin American communities,” Zamanillo said in an interview Thursday. “By sharing these stories and narratives, people will learn about American history – that Latinos are part of American history. And that’s the one that was left out.

Zamanillo, 52, comes from Miami, where he grew up, the son of Cuban immigrants. Since 2000, he has held various positions with the HistoryMiami Community Museum, most recently as Executive Director and General Manager. He will take up his new duties on May 2.

Funding for the physical building, which is expected to open in 10 to 12 years, on or near the National Mall in Washington, has yet to be allocated. The same applies to money for the acquisition of objects for the collection. It was only recently, in December 2020, that the Latino Museum was approved by Congress, along with a National Museum of Women’s History.

The project comes at a time when museums are discussing how to prioritize stories that have historically been excluded from the nation’s history narratives. There had been disagreement over whether the best remedy was to integrate Latino history into existing Smithsonian museums or to dedicate a separate museum to representing and recognizing the achievements of 60 million Americans. .

During Zamanillo’s 22 years at the Miami museum, which had an annual budget of $6.2 million, he worked as a curator of object collections, helping to build a repository that now includes more than 40,000 objects and over two million images and held other curatorial and executive positions. . (He said he didn’t know how big the new museum’s acquisitions and operating budgets might be.)

Zamanillo holds a BA in Anthropology from Florida State University and an MA in Museum Studies from the University of Leicester in England. He started out at Miami Dade College as a music scholar, avid trumpeter, and self-proclaimed “band geek.” But a trip to Washington when he was 19 changed his life forever, he said.

“I was there four or five days alone, and all the museums were free,” he said. “There was like two feet of snow, and I was wearing my jeans and my denim jacket, so I bought a beanie and scarf from one of those vendors on the street for about $5 and just jumped from museum to museum.”

Upon his return, he broke the news to his parents: he was changing his major – to anthropology – and was transferring to the state of Florida. He eventually worked in archeology for about a decade before joining the Miami museum.

“I have seen firsthand that museums have the power to change lives,” he said. “They can be transformational in how they engage communities.”

Under his leadership, exhibits and events at the new museum will not only celebrate the achievements and resilience of Latinos, he said. The programming will examine the entire history of the arrival of Latinos in what would become the United States, discrimination, lynching, stereotyping and the ongoing struggle for inclusion.

“You want to make sure you’re doing it right,” Zamanillo said. “And that means reaching out to Latinos and communities across the country to make sure their stories are captured.”

The 7 Most Scenic Small Towns In North Carolina

Expand Your Horizons With These 8 Indoor Activities | Lifestyles