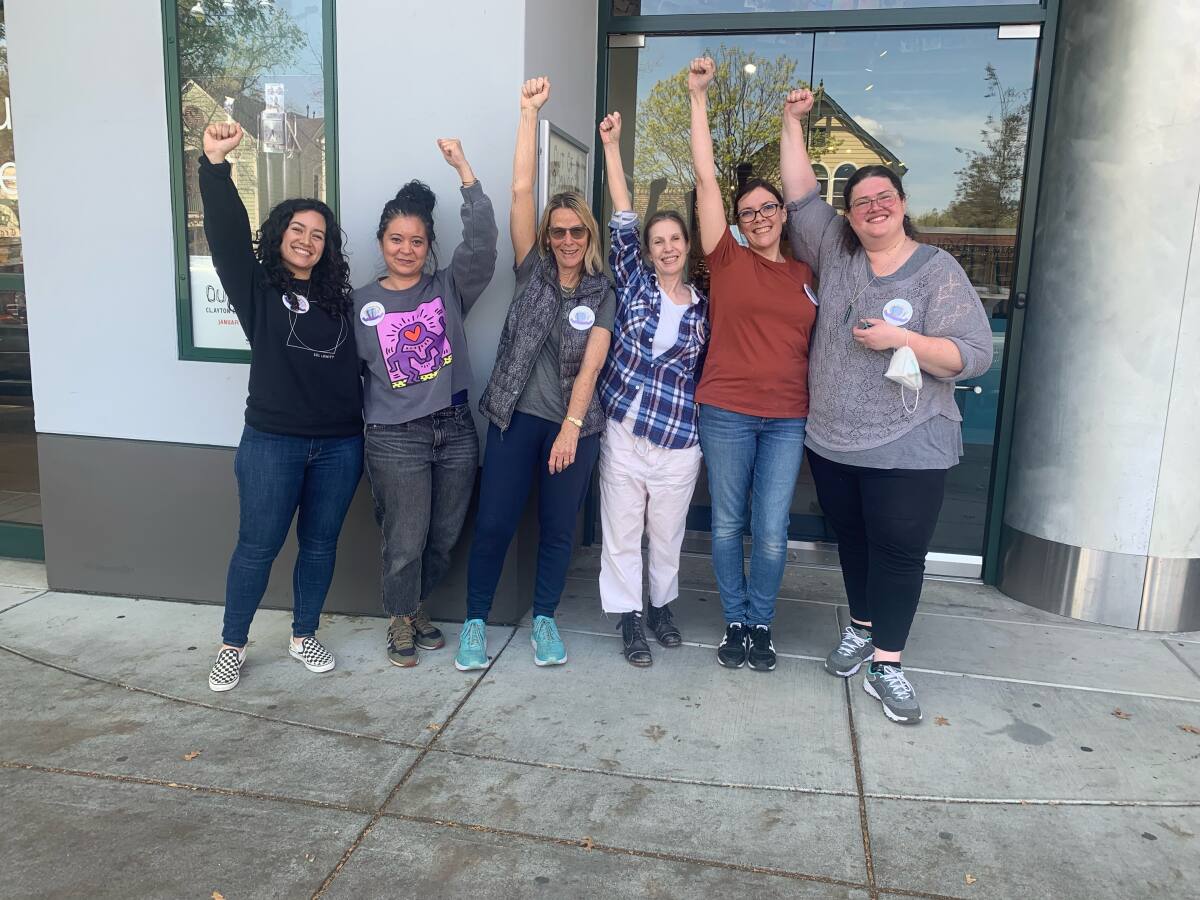 Staff at the Sonoma Valley Museum of Art are getting organized.

That was the message Friday, when a group calling itself Cultural Workers United posted an announcement saying staff at the Sonoma Valley Museum of Art are seeking “policy changes…(that) recognize the vast amount of time and human energy given by the staff to create, maintain and grow our institution.

To support this, the ad continues, “we believe forming our union, Cultural Workers United-AFSCME DC57, is the logical next step in this endeavor for a more equal workplace.”

The announcement was posted April 1 via social media and simultaneously delivered as a letter to Sonoma Valley Museum of Art executive director Linda Keaton.

The museum employs 19 people and the group says it has “super majority” support for the union.

“We are at a pivotal moment in history when our institution must actively align its actions with its professed values, both in the public eye and in private,” the announcement read.

In forming the union, the group says it will commit to: “creating transparent policies and practices; ensure management accountability for staff concerns; advocate for a fair workplace; well integrating diversity, equity, accessibility and inclusion into our workplace; and work alongside management to shape the future of the organization.

In response to the letter from the CWU organizing committee, Keaton said museum officials “welcome a dialogue with our employees” to ensure the nonprofit is “a place of inclusion, accessibility and diversity”.

“As this process is new to the museum, we will carefully consider responses and action plans that will ensure we deliver on our commitment to building community around art for the benefit of all SVMA stakeholders – members, staff, volunteers, students, families and the other communities we have served for more than two decades,” Keaton said in a statement released Friday afternoon. “We intend to respond to the letter in a timely manner. .”

The CWU organizing committee has given museum management until April 8 to voluntarily recognize the union. If not, organizers will appeal to the National Labor Relations Board (NRLB) for an election, voted on by museum staff. A simple majority would allow the NRLB to certify the union, according to Ashley Mates of the American Federation of County and Municipal Employees, which helps SVMA staff organize.

SVMA staff members told the Index-Tribune this week that if and when the union is established, the first thing to do will be to invoke their right to collective bargaining.

Patricia Liverman, an SVMA teaching artist, said employee salaries were preventing all staff from achieving the “organization-wide” level of equity and accessibility promised in the statement. mission statements at svma.org/about/#Equity.

“Entry-level salaries are really low, so it depends on a level of privilege (for a job candidate) to get your foot in the door,” she said, speaking generally of careers in museums. “If you don’t come from a privileged position, it’s a risky proposition to enter this line of work.”

Other hiring practices may also favor favored candidates, they said. Amelia Martinez, the museum’s administrative coordinator, said entry-level work at the museum often depends on being able to do an unpaid internship or requires college degrees that aren’t necessary for job responsibilities.

According to Mates, “The bar for entering museum work in the first place is high,” adding to the lack of equity and accessibility to support staff diversity.

“The inequalities that exist in the Sonoma Valley exist at the museum in micro form,” said Sarah Parker, the museum’s education coordinator, adding that staff would like to have more “influence over how the museum operates.”

Other objectives of the group include the establishment of clearer management policies. “Policy and procedure are kind of arbitrary, based on what management wants to do,” Martinez said. “We want applicable, coherent and codified policies.”

Diane Egger-Bovet is among the teaching artists who were recently reclassified from SVMA contract workers to part-time staff under AB-5, the 2020 state “worker status” legislation that was intended to ensure independent contractors of some organizations the same benefits and rights as employees.

“Now that we are employees, we should have a voice,” Egger-Bovet said. “Organizing empowers everyone.”

Egger-Bovet applauded the SVMA for providing diversity training, but said the organization could do more. “It was a very good first step.”

Members of the group said the larger goal was to create a more equitable and accessible museum for the whole community, not just a few dedicated stakeholders. In the letter, they challenge the museum’s leadership to honor the commitment of its Equity Statement, “to eliminate the inequalities of historically marginalized groups… (while) compassionately urging our direct stakeholders – and our colleagues in the field – to do the same”.

“We’re really happy that people feel they own (SVMA),” Martinez said. “But we want it to be grafted to the whole community.”

The CWU Organizing Committee has launched an online petition to encourage the SVMA to recognize the CWU as a union. Visit actionnetwork.org/petitions.

Wyoming Travel Guide: Where to Stay, What to Eat and More