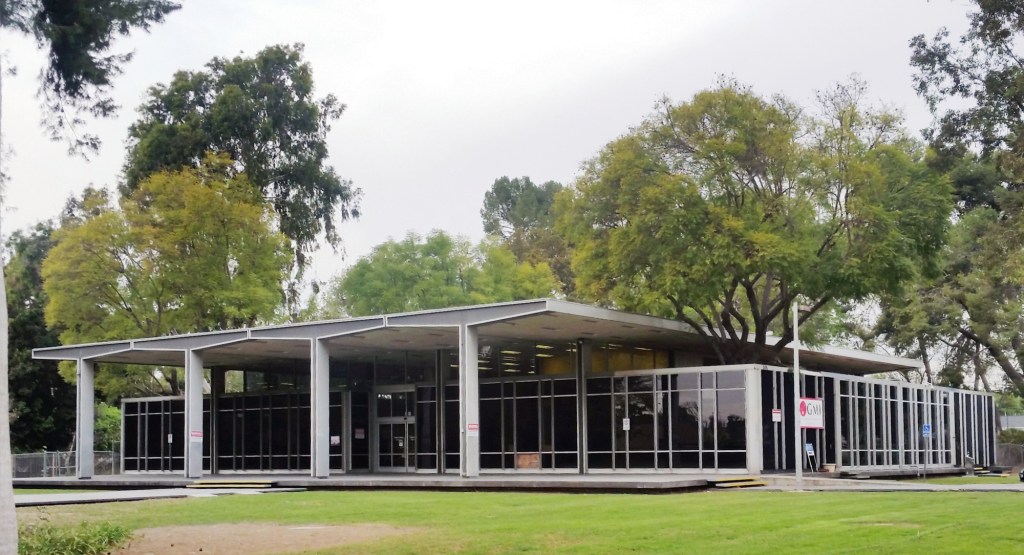 More than $ 2 million in funding is earmarked in the state’s annual budget to revitalize the Hunt Branch Library in Fullerton, which city officials plan to reopen as an arts and culture center after years of closure to the public.

The nearly 60-year-old building, recognizable by its flat roof and glass facade, was designed by architect William Pereira and built with a $ 500,000 donation from the Hunt Foods and Industries Foundation. Designated a local monument in 2018, it was listed on the National Register of Historic Places in 2019.

MP Sharon Quirk-Silva, a former Fullerton City Council member who lobbied for state money with Senator Josh Newman, said the city’s 2013 closure of the library to the public “was , I think, devastating for this community, this kind of to have used it quietly.

The library “is sort of that hidden gem,” Quirk-Silva said, “not only with its well-known architecture, but it’s in a very quiet and gated area that few people know even in Fullerton, which is gone. of its beauty.

Judy Booth, director of the Fullerton Library, said Arts Orange County has conducted public inquiries and contacted the community to assess the types of programs people would like to see in the space. For its eventual reopening, the city’s public library system would provide library services, she said.

A Newport Beach architectural firm, Thirtieth Street Architects, signed a contract with the city in March to plan the major renovations needed at the site, including roof replacement, structural repairs, and mechanical, electrical and plumbing work. . A state grant of $ 2.5 million awarded in 2019 will be earmarked for the improvements, although a staff report written in March notes that “estimates show the costs to fully meet all of the building’s needs and of the surrounding site will exceed this amount “.

“The additional $ 2.75 million in funding will continue to improve the outdoor site and landscaping, some to be used to start programming,” Booth said in an email.

Construction has not yet started on the building, she said, as city officials await cost estimates from the architectural firm.

A hub for after-school programs, the hunt was a place Quirk-Silva took her children for story time when they were young, she said. It was a focal point for schools and families on the west side of the city, which suffered a loss when the space was closed for lack of funding, she said.

“It has always been important for me to replace the civil service where we take it away,” Quirk-Silva said. “And when the city closed it, it looked like a vacant building. And yet the capacity there is enormous.